Prime Minister Narendra Modi's reelection has alarmed many Indian Muslims, who believe that their political interests will continue to be undermined by the Hindu nationalist politician. Faisal Fareed reports. 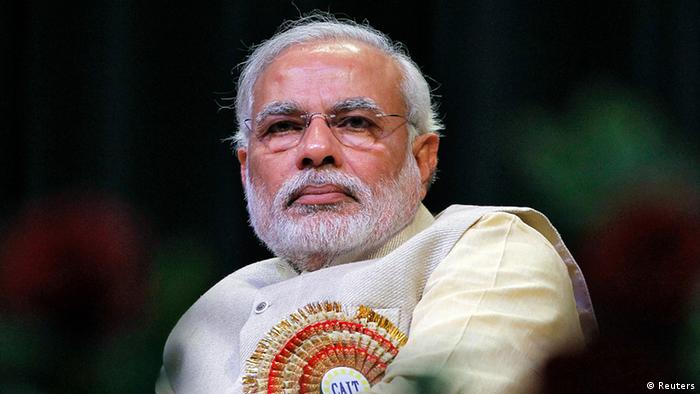 Rounak Shahi is a postgraduate student of international relations at Aligarh Muslim University. She often visits her home at Hyderabad, nearly 1,500 kilometers (900 miles) from Aligarh.

Since 2014, when Narendra Modi took over as India's prime minister, Shahi has had mixed feelings about the situation for Muslims in India. After Modi and his Hindu nationalist Bharatiya Janata Party (BJP) won absolute majority in India's general election, Shahi is more afraid and concerned about the fate of India's Muslims.

"I think Muslims are more vulnerable now than last time. What will happen is unpredictable, but I am sure it is for the worst," she said. "In this scenario we have only one option; organize ourselves politically and economically as a force. We need to get into the system. There is no one who is going to fight for us. We are all by ourselves."

After the recently-concluded general election, Muslims in India are feeling politically marginalized, with many wondering if their votes matter in electoral politics. Although there was a slight increase in parliamentary representation for Muslims after the 2019 election, the numbers are still small. The BJP fielded only seven Muslim candidates in the 437 seats it contested.

Read more: Elections in India draw to a close amid bitter political rhetoric

Muslim candidates who have been successful in the elections have already begun making the rounds on social media.

Asaduddin Owaisi, a member of parliament from Hyderabad, was one of these 27 Muslim politicians. His party, the All India Majlis-e-Ittehadul Muslimeen (AIMIM), won its forth consecutive election and secured two out of the three seats it contested. After success in Hyderabad, Owaisi said he would take the AIMIM nationwide.

"How long will Muslims keep on voting for these so-called secular parties? They are not able to defeat the BJP. We need to change the strategy," Owaisi said, referring to the Indian National Congress (INC) and other regional political parties. "Not only Muslims, but all those marginalized sections that are being deprived need to come together."

However, Afroz Alam, a political scientist at Maulana Azad National Urdu University in Hyderabad, is skeptical of a Muslim-based party. "The solution does not lie in going madly after identity politics forwarded by the so-called secular parties, nor in the formation of exclusive Muslim-based parties," he told DW, adding that there were already 25 Muslim-based parties that had yet to see widespread success because Muslims tended to not vote in blocs.

"If the parties are not formed out of sustainable movements and civil society activism, they will not succeed," he said.  "Muslim voting preference should be 'candidate centric' with a view toward local dynamics and the candidate's individual merit."

Mohammad Sajjad, a professor of history at Aligarh Muslim University, said that even if a Muslim party won seats in parliament, their voices would not be heard.

"Politically, Muslims cannot do much. It is up to the majority community to decide whether to take along Muslims," he told DW. "At most, Muslims can collect funds for educational institutions and madrassas."

Modi delivered two speeches after winning the election and both of them were aimed at Indian Muslims. In his first speech given at BJP headquarters, Modi talked about secularism and claimed that "political parties wearing secular masks have been unmasked."

Modi also said he would work to win the trust of minorities. He also advised MPs to be cautious in their statements about minority groups and to avoid verbal attacks.

In a letter addressed to Modi, JUH general secretary, Maulana Madani, said that the BJP should pay attention to the development of minority groups' education, health and employment.

The All India Ulema and Mashaikh Board, the largest organization of Sufi Muslims in India, also sent a congratulatory message to Modi and welcomed the move to include minorities in India's development.

Who speaks for Muslims?

Political representation for India's Muslims looks to remain disproportionate in Indian parliament. History professor Sajjad pointed out that numbers showing higher Muslim representation could be misleading. "We should find out how many Muslim lawmakers actually intervened in parliament," he said, adding that there were several parliamentary committees in New Delhi that had Muslim members. However, the representation meant nothing if they were unable to put across their views to others, he added.

Others like Adeel Alvi, a research scholar at AMU, claim that that hostility towards Muslims was evident. "There are objections to our dress, our beards, our eating habits and our rituals." Most recently, the media reported that members of a suspected right-wing group forced a Muslim man in Gurugram, close to New Delhi, to remove his skullcap and chant Hindu slogans.

The All India Muslim Personal Law Board, an advocacy group that monitors the application of Islamic law among community members, is also apprehensive that things may take a turn for the worse. In a letter to all Muslims in India, the group's leader has urged them to have patience.