Washington's decision not to extend sanctions waivers to countries importing Iranian oil puts New Delhi in a tough spot. The move forces India to either cut its oil imports from Iran or risk exposure to US sanctions. 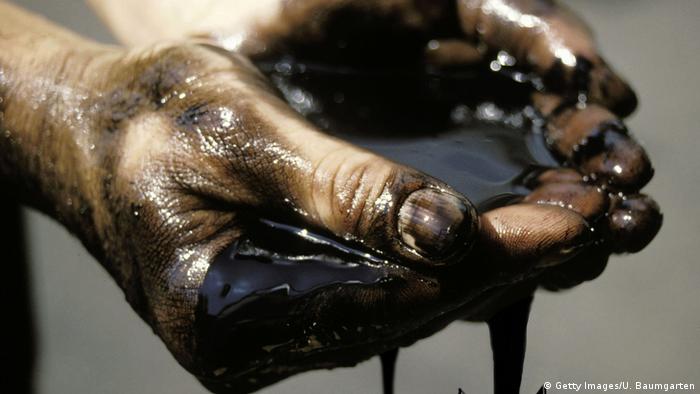 The United States on Monday said it will not extend sanctions exemptions to countries importing oil from Iran when they expire in early May. It means countries and companies trading with Iran without Washington's consent risk US sanctions and getting cut off from the American financial system.

Washington had reimposed sanctions on Iran in November last year after President Donald Trump pulled the US out of the landmark nuclear deal struck between Iran and six global powers. But the US had granted waivers, known as significant reduction exceptions (SRE), which allowed India and seven other countries to continue importing a reduced quantity of Iranian oil for six months ending May 1.

At the time, the US said it would temporarily allow eight importers to keep buying Iranian oil and that it would expect them to keep cutting Iranian imports in the months ahead. US Secretary of State Mike Pompeo said then that the temporary waiver was because the countries "have demonstrated significant reductions in their crude oil and cooperation on many other fronts and have made important moves towards getting to zero crude oil importation" from Iran.

The US move now to scrap waivers is intended to bring Iran's oil exports to zero and deny Tehran its main source of foreign revenue. Iran's exports of crude in March totaled about 1.3 million barrels a day, data compiled by Bloomberg show. Shipments already came down from as high as 2.5 million barrels daily in April last year.

India is one of the countries likely to be the hardest hit by the US decision. India is the world's third-biggest oil consumer, but its energy needs are primarily met through imports. The South Asian nation imports almost 80% of its oil requirements and Iran is its third-largest supplier, contributing over 11% of its crude oil demand. In the fiscal year 2018-19, India imported about 23.5 million tons of Iranian oil.

While it's not impossible to find other sources of oil, observers say it would raise costs and potentially strain India's partnership with Iran. India's imports of Iranian oil come with attractive terms, including 60-day credit and low freight and insurance costs, say analysts. And New Delhi might find it tough to find an alternative supplier at such competitive terms.

Also, the Trump administration's move prompted a spike in global oil prices, which hit their highest since November on Tuesday after Washington's announcement on Iran waivers. An increase in oil prices is likely to put pressure on India's fiscal and current account as well as drive up inflation. 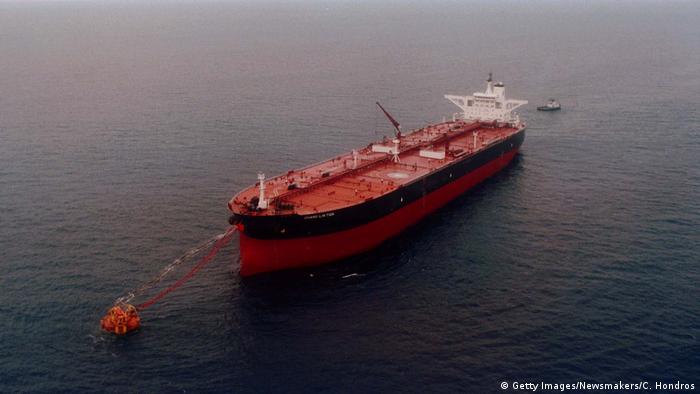 India is the world's third-biggest oil consumer, but its energy needs are primarily met through imports

Although Indian Foreign Minister Sushma Swaraj last year said "India follows only UN sanctions and not unilateral sanctions by any country," local media reports suggest that India will stop importing crude oil from Iran and will try to find alternative sources to make up for the lost volumes. "Until the waivers are not restored back, I don't think India can buy oil from Iran. We will stop importing oil from Iran," a top official was quoted by Indian business daily livemint as saying.

India's petroleum ministry also issued a statement assuring of a "robust" oil import plan starting from May. "The Government of India has put in place a robust plan to ensure that there is adequate supply of crude oil to Indian oil refineries from May 2019 onwards. There will be additional supplies from other major oil producing countries from different parts of the world," the ministry said in a statement on Tuesday.

"The Indian refineries are fully prepared without any problem to meet the national demand for petrol, diesel and other petroleum products in the country," the ministry added.

India's Petroleum and Natural Gas Minister Dharmendra Pradhan tweeted on Tuesday, saying that the country will get additional supplies from other major oil producing countries to compensate for the loss of Iranian oil.

Following the US decision, India may try to increase its supplies of oil from countries like Saudi Arabia and the United Arab Emirates. Reuters last week reported that Indian refiners are increasing their planned purchases from the nations of the Organization of the Petroleum Exporting Countries (OPEC), Mexico and the United States to hedge against loss of Iranian oil.

But despite the threat of sanctions, India is unlikely to put a total stop to Iranian oil imports, say energy analysts.

"New Delhi will cut imports substantially but probably maintain approximately 100,000 bpd of Iranian imports paid for using a rupee payment system. This is less an energy security decision than a political one," CNBC quoted analysts at Eurasia Group as saying.

The Trump administration's move also poses a strategic challenge for New Delhi, as Iran and India share close political and cultural relations. Ties between the two sides encompass a wide range of sectors, including energy, infrastructure and regional connectivity projects, among others.

"There is a strategic imperative that drives India-Iran relations," said Smruti Pattanaik, a research fellow at IDSA in New Delhi. New Delhi is strategically tied to Tehran with its investment in Iran's Chabahar port, which gives India a sea-land access not only to landlocked Afghanistan, but also to other Central Asian states.

Chabahar port in southern Iran provides war-torn Afghanistan a crucial connection to Indian goods and Iranian oil. However, experts say that sanctions relief for the port is motivated more by politics than economics. (08.11.2018)

Indian PM Narendra Modi recently concluded a tour of the Middle East and is now hosting Iranian President Rouhani in New Delhi. Incredibly, Modi has been able to maintain good ties with all Middle Eastern rivals. (15.02.2018)

G7 finance ministers have called for a price cap on Russian oil. Their goal is to stop Russia from profiting from its war against Ukraine.