In French vineyards, taste of a climate-changed future | Environment | All topics from climate change to conservation | DW | 22.09.2016

In French vineyards, taste of a climate-changed future

Volatile weather is forcing changes that could reshape the very nature of France's fabled vineyards - and even affect the flavor of the wine itself. On the island of Corsica, winemakers are already adapting. 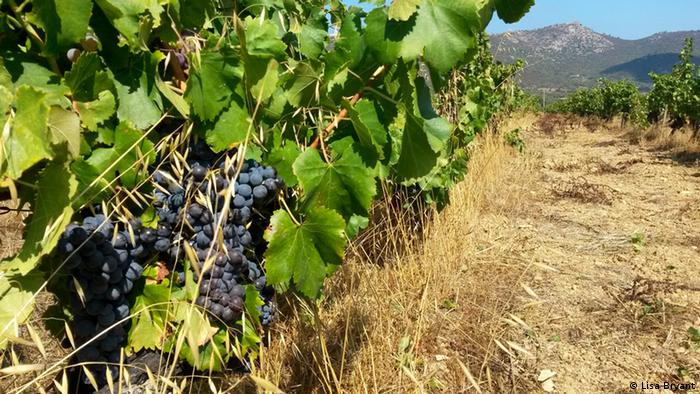 It's September and the sun is beating down on the Domaine Maestracci vineyard, where a few casual laborers from Romania and Morocco are trailing a tractor that is mechanically harvesting grapes.

The surrounding hills are dotted with picturesque villages, offering a snapshot of what this slice of northwestern Corsica looked like a century ago.

Yet change is afoot on this Mediterranean island and across nearby mainland France. A mix of spring storms, cold snaps and later hot, dry weather is expected to shrink the country's 2016 wine harvest by more than 10 percent, according to French government estimates.

Experts say such volatile weather patterns, likely linked to climate change, are a blueprint for the future, forcing vineyards to change their growing and winemaking practices. And those changes promise to reshape the very identity and existence of France's fabled vineyards.

"Normally, we have a gap between the first and last harvest - but now all Corsican vineyards are harvesting at the same time," winegrower Camille-Anais Raoust says. "I think the wine won't be balanced enough." 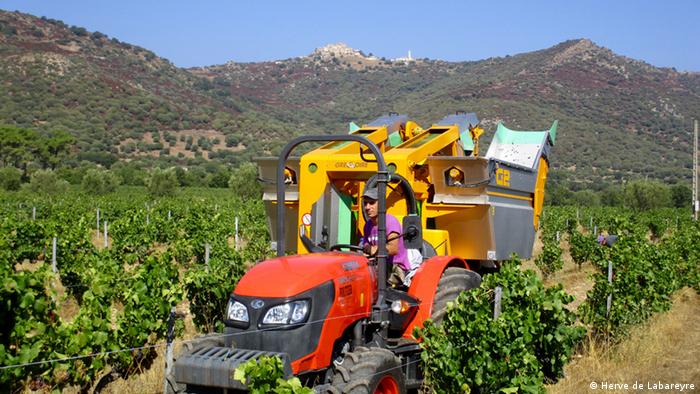 Balagne is not the only winegrowing region affected by a changing Mother Nature. Storms and spring frosts battered vineyards in Champagne and Burgundy, while drought later shrunk grapes - and output - in Bordeaux and the southern Languedoc region.

These volatile patterns are expected to intensify in the future - even if hotter, dryer weather has produced excellent French vintages in recent years.

"Under 2 degrees [Celsuis - or 3.6 degrees Fahrenheit] of temperature increase, we know there are solutions for all vineyards in France," says Jean-Marc Touzard, director for innovation at the Marseille-based National Institute for Agricultural Research, or INRA.

Climate change has actually benefited vineyards up to now, Touzard said, increasing the frequency of good vintages. "But if we really have 3 or 4 degrees of temperature increase, some regions will have a hard time continuing to produce certain wines," he added.

A changing climate won't just affect production of wine, but also its taste. Earlier this year, researchers hosted a consumer panel in Bordeaux featuring what scientists believe may be the new, climate-changed flavor of the future: heavier, stronger and more alcoholic.

"At the first tasting, consumers reacted positively, saying this wine impacted by climate change was strange but good," Touzard says. "But when they repeated the test, they said they preferred the current wine."

The upshot, he said: "it's better to keep the current wine profile." 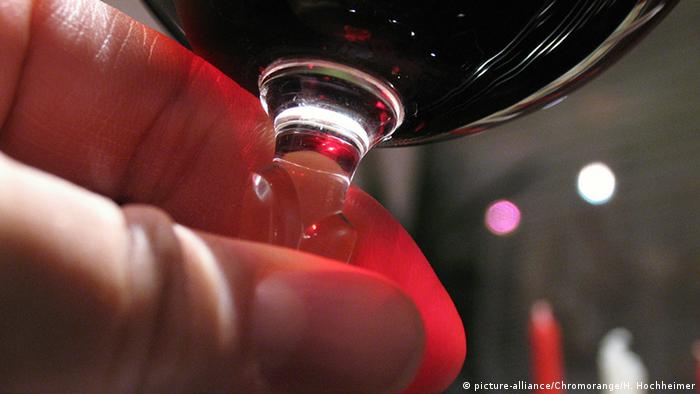 Tasters at first preferred the climate-changed flavor, but later changed their minds

Like elsewhere in France, winegrowers in Corsica are already searching for solutions.

In the village of Felicetu, winemaker Bernard Renucci is trying out native grapes that local winegrowers abandoned long ago.

The varieties are being revived by Corsica's wine research institute, CRVI, partly as a return to the island's winemaking roots - but also to find hardy varieties suited to future weather swings.

"Some have no interest when it comes to winemaking - but we continue with those that do," says Renucci, who is growing several hectares of bianco gentile, a native grape that produces a rich, white wine. 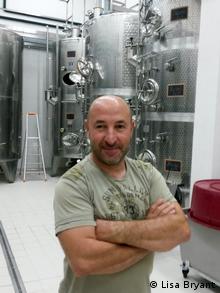 Renucci's family business has evolved over time, as has wine and winemaking

In the cavernous rooms of Renucci's cellar, newly harvested wine is fermenting in big metal tanks, giving off a heady odor.

Stronger smells filled the building a century ago when it housed the family's livestock. Like Raoust, Renucci grew up in a winemaking family whose roots stretch back to the 1870s. He, too, remembers how harvests took place weeks later than they do now.

"If we get extreme climate conditions, then maybe we should worry - but for the moment, I don't think there's a problem," he says.

Jean-Jacques Jarjanette, who heads France's independent winegrowers union, is also confident the industry will be able to adapt.

"We're not expecting a catastrophe," says Jarjanette, whose association counts more than 7,000 members. "Obviously there will be some vineyards more vulnerable than others, but generally at the moment, there isn't a big worry."

Nor is he worried about changing tastes.

"The wine we drink today has nothing to do with the wine we drank 40 years ago," he says, "and it won't be anything like the wine we will be drinking 40 years from now."

Still, the changing weather will demand a fundamental overhaul of ancient traditions and practices that guide the French wine industry, INRA's Touzard says, from growing vines that need less water to shifting the location of vineyards and switching to different grape varieties.

"We have to change these rules if we want to adapt," Touzard says.

And doing this may alter the very identity of iconic wines like Bordeaux, which are currently produced from a narrow list of permitted grapes.

"Toulouse and Bordeaux will have a more Mediterranean climate, so perhaps they will plant varieties which are now planted in Spain, Portugal and Italy," Touzard says. 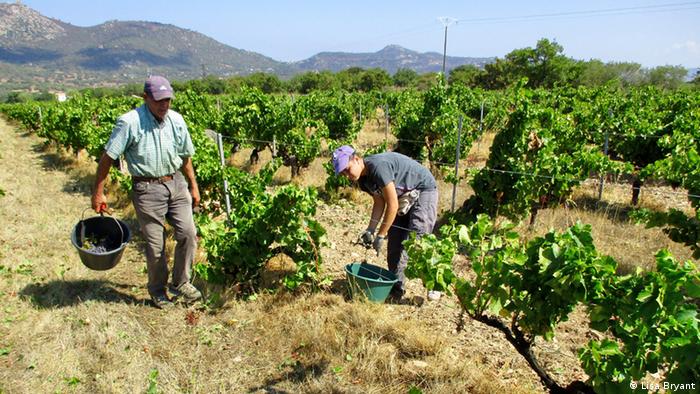 Coping with a dryer future

The massive wine growing region of Languedoc-Roussillon, which accounts for more than one-third of France's total wine output, may face a bigger quandary.

"Without irrigation, it will be perhaps difficult in many places to produce wine," Touzard says.

In Corsica, some winemakers are worried about a future water shortage.

Raoust is already preparing for a dryer future. She follows biodynamic viticulture, a form of organic winemaking which takes into account lunar cycles and uses very little irrigation.

"When you irrigate, vines are more sensitive to the dryness," Raoust says. "I prefer to let them suffer. They will go down and search for water."

She cannot imagine a day when Corsica will not be making wine.

"There are vineyards in Algeria, and it's dryer there" she says. "Maybe we will change our ways and our vines. But I think it will be okay."

Finding food on a growing and warming planet

By 2050, there'll be some 9 billion mouths to feed around the world. But climate change is threatening food supply in many regions. Living Planet looks at what people are doing to ensure food security across the globe. (11.08.2016)

Tomatoes are a staple food in Nigeria. From farmers in the northern states to traders across the country, many depend on the fruit for a living. But climate change and the tomato moth have hit the industry hard. (25.07.2016)