Ottawa′s outdoor lab: A farm in the middle of the city | Environment | All topics from climate change to conservation | DW | 09.09.2016

Ottawa's outdoor lab: A farm in the middle of the city

At a farm in the heart of Canada's capital, Ottawa, scientists are working to increase crop yields in an era of climate change and increased invasive pests. Among other things, they're turning insects against each other. 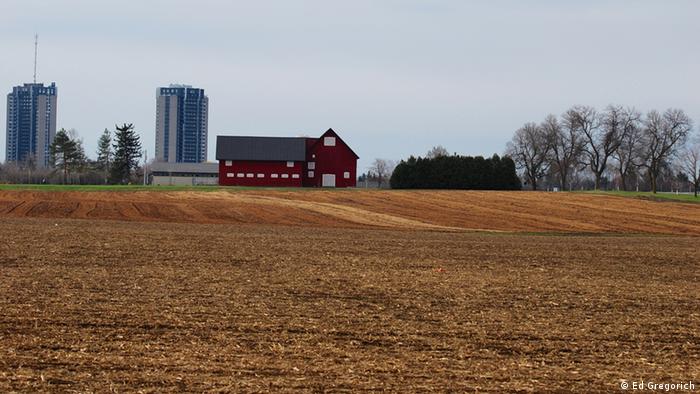 In Field 6, a strong sun is beating down on rows and rows of young wheat plants that are mostly green. Other fields of willowy corn and low-lying soybean plants lie adjacent.

Maple trees provide an attractive border for this field - while the searing sound of cicadas fills the air.

It would be easy to think you were in true countryside - but the soft din of heavy traffic and the sight of tall buildings and skyscrapers in the distance remind you that you are in the heart of a city.

Gavin Humphreys, one of the farm's plant breeding specialists, quickly emerges from the field to escape the spray - followed by his guests, visiting Chinese researchers. They're here to observe his work on the Fusarium wheat fungus. This pest is deadly to wheat and other crops like barley. 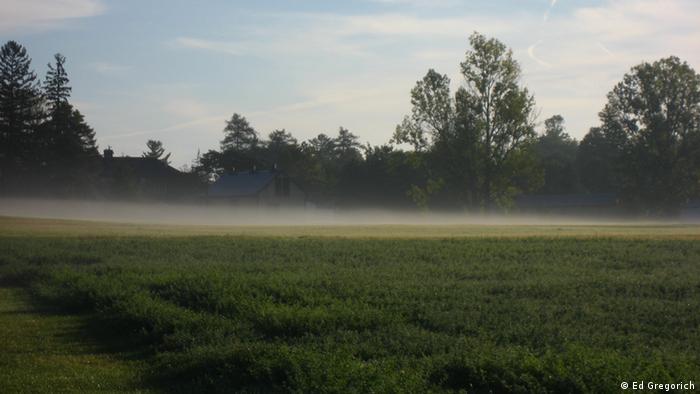 Since 1886, scientists at the Central Experimental Farm in Ottawa have been working to help farmers to increase their yields, improve their crop quality - and feed people.

Important research at this living laboratory in the heart of the Canadian capital could make a difference for survival of the human species, in a time of increased crop pestilence instigated by changing climate and greater global transport of invasive species.

The Chinese researchers are all too familiar with the devastating impact of Fusarium. In China, wheat is used in key food staples like noodles, bread and dumplings. If the fungus takes hold, Chinese people will have less food to eat.

Humphreys is working to make wheat more resilient to the fungus. He does this by crossing healthy varieties of wheat with susceptible plants - gradually weeding out the most vulnerable crops.

He holds two spikes of wheat in his hand, one sick and one healthy. 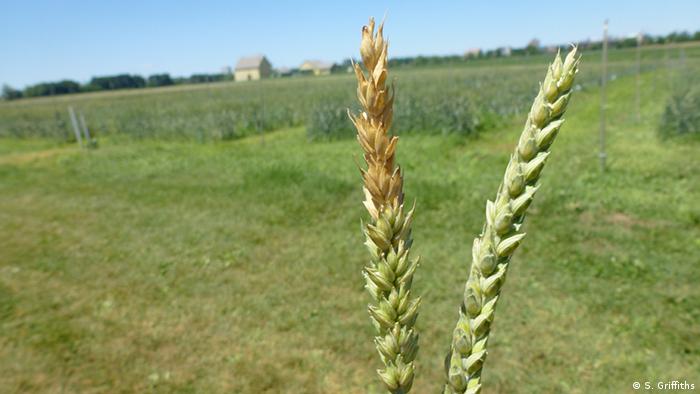 The yellowed wheat stalk has been affected by the Fusarium fungus

"Instead of the spike being completely green, the top is all yellow," Humphreys points out. "It has been infected with the fungus," he adds. These wheat shafts will not make bread - or anything edible to humans.

Climate change is changing growing conditions for crops - drought causes obvious problems. But other aspects of climate change, including too much rain or high temperatures, can also create conditions that damage crops.

Up until the mid 1970s, soybean was not common in Canada - except in southern Ontario - as the colder climate and longer daylight hours in summer didn't suit the crop.

But scientists at the Central Experimental Farm developed varieties which could grow where they didn't before. Thanks to their work, there's now a soybean industry worth hundreds of millions of dollars to Canadian farmers. 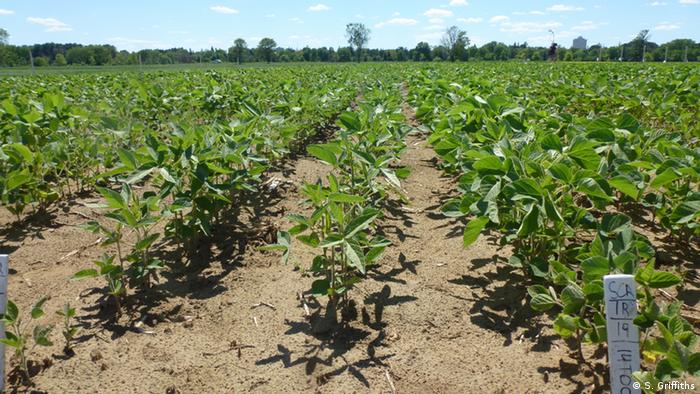 Now, Morrison is trying to assess the impact of climate change on these lucrative crops. Although Canada is known for its hostile winters, forecasts show drier summers ahead.

"You can tell the differences between the irrigated ones and the non-irrigated ones," he says distinguishing between the thriving soybean pants - vivid and green-leafed - versus those that are wilting.

Add to climate change how as the world becomes more globalized, insects - like humans - are traveling more, and further away from their natural predators.

This creates a deadly recipe for crop failure. But through research at the Ottawa farm, help is on the way.

On the edge of the farm in a trailer-sized quarantine area, Peter Mason is also working on how to increase crop yields - with the help of insects. As he describes it: "Good bugs versus bad bugs!" 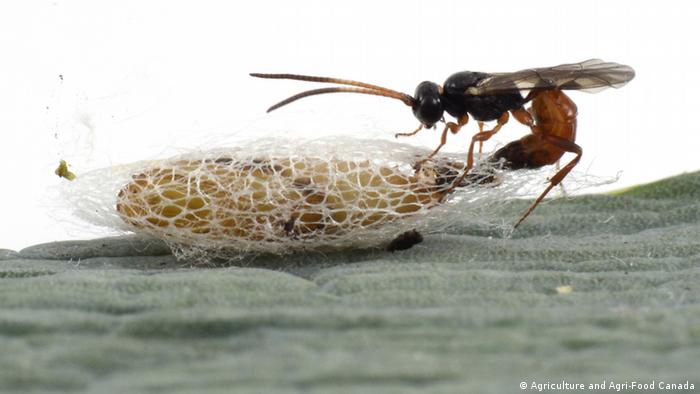 The parasitic wasp deposits its eggs inside the leek moth pupa

The leek moth, a native of Europe, first appeared in the Ottawa area 20 years ago. Due to a lack of natural enemies locally, it has been able to wreak devastation on leek, garlic and other crops in the onion family - costing farmers millions of dollars.

A heavy white door closes - and we are suddenly surrounded by miniscule wasps buzzing around in cages. Some of them are on the leek moth pupa, the last stage before the invasive species reaches maturity.

"They will bend their abdomen and insert their ovipositor into the end of the pupa and put an egg inside," he says peering into a cage.

After years of research, this wasp was released into the wild five years ago. While it's still early days, this strategy is showing promise as the wasps latch onto the leek moth population.

Many experts believe the changing climate is partly responsible for South Sudan's internal conflict. When the country declared independence on July 9th, 2011, those living in its newly drawn borders were hoping for peace and a better life. But as drought fans the flames of the three-year-old civil war, that dream remains out of reach. (09.09.2016)

Climate change is forcing farmers to adapt but not all have the means to find out how. One radio station in Nigeria is trying to help remote smallholders with its broadcasts teaching environmental farming techniques. (18.08.2016)