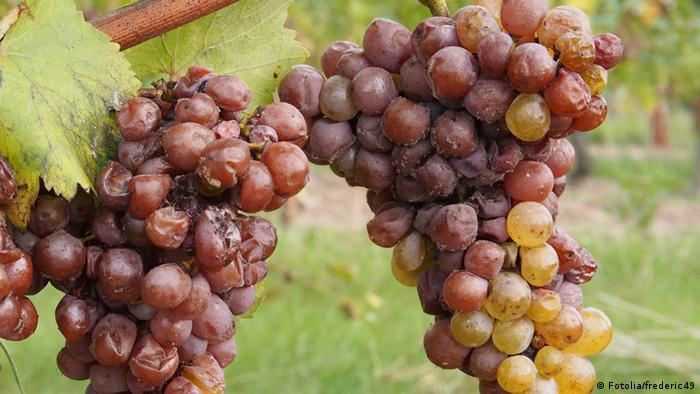 Jörg Belz knows how to find relief from the blazing sun. He leads the way to a shady spot under a splendid mirabelle plum tree flanked by Weißburgunder und blauem Frühburgunder grape vines.

Here, in the midst of a Rheinish vineyard, it's hard to imagine that anything could spoil the idyll. But to the experienced eye of an organic winegrower, the pale leaves at the top of the vines are impossible to miss.

"Here in the Middle Rhine Valley we are lucky not to have as big a problem with downy mildew as our colleagues in Rhenish Hesse and Rheingau," Belz says. "The infection is still new here."

Downy mildew is a fungal infection that can leave the fruit brow and shriveled when they should be plump and green. In fact, it can completely wipe out a harvest. 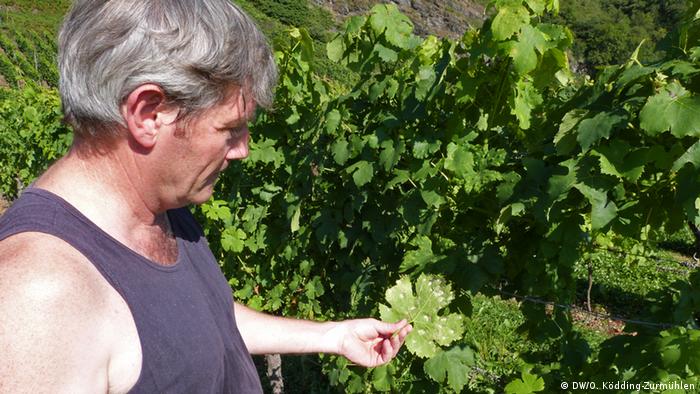 In the heart of German wine country in Hesse and the Palatinate, some vintners feel their existence is under threat.

"The biggest difference between conventional and organic winegrowing is the absence of synthetic fertilizers and agricultural chemicals," says Belz. Copper, however, complies with organic standards because it occurs naturally.

But copper alone isn't enough to win the battle against downy mildew, especially since its use in Germany is limited to three kilograms per hectare. 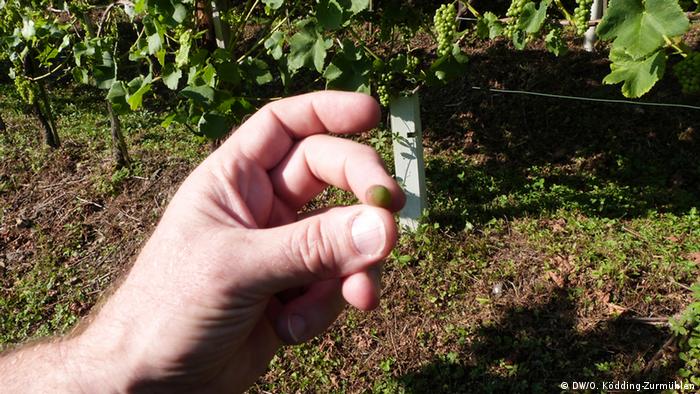 "At the moment there is no prospect of potassium phosphonate getting EU approval (for organic farming)," says Wolfgang Patzwahl, an organic viticulture consultant with the Naturland association.

"That's making some organic winegrowers think about going back to conventional viticulture."

This summer, heavy rains have put extra pressure on organic winegrowers. The hot, damp conditions allowed the mildew to flourish, and downpours wash the copper solution off the vines' leaves.

Belz has to watch out for another fungal infection on his vines, too. "The warm, humid weather in recent years makes for perfect conditions for black rot," he says.

There is almost nothing that organic winegrowers can do to fight black rot. 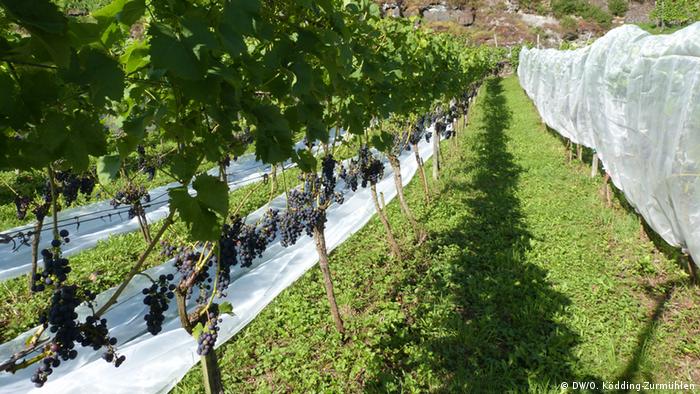 "With climate change, all winegrowers face a big challenge in managing the increased variability between heavy rainfall on the one hand, and relatively high temperatures and drought on the other," says Patzwahl.

But Andreas Hattemer, chair of the German Association of Organic Vintners (Ecovin) says that in itself was a major reason he decided to go organic.

"For me, the question as a winegrower was, how can I prepare my soil for the changing weather conditions? The more I looked into it, the clearer it became that switching to organic winegrowing helped."

The high plant diversity and humus content of organic vineyards mean the soil is better at retaining moisture. "There are soil processes that I am convinced help to cope with drought and heavy rain," Hattemer told DW.

Varied vegetation also keeps the soil healthy by supplying it with nutrients - and providing a habitat for animals help keep pests at bay. 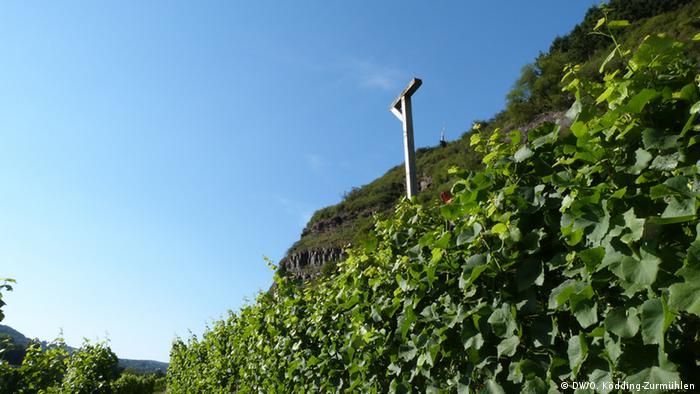 A wooden perch between the vines encourages raptors, which keep down pests

Belz has erected wooden perches for birds of prey between his vines. "We want to offer kestrels and buzzards a place to sit, so that they keep the mouse population down."

Organic winegrowers also ensure than their vines don't have too much foliage, so that more sun can reach the grapes. "Higher exposure to sunlight makes the skin of the grapes thicker, which helps protect them from pests," Belz says.

And there are, of course, natural substances than can help against disease.

"Depending on what kind of disease that threatens, we use, for example, eucalyptus oil or orange oil. It can sometimes smell like a Christmas market when you walk through the vineyard."

Even without a fungal infection, there are drawbacks to organic methods. "Organic vineyards of course produce a smaller harvest," Belz admits.

But as a proponent of the Slow Food movement, his emphasis is on quality on quantity. "The fewer grapes on the vines, the more aroma they have," he says.

Organic farming - helping the environment, thanks to the community

Conventional agriculture in Europe is facing problems. But in Germany, an old solution is again coming to the fore: community-supported agriculture. It brings together producers and consumers, enabling organic farming. (28.06.2016)

The wine industry is facing changes, ranging from technical challenges associated with hotter, drier climates through genetic engineering. Wine scientists have gathered in Germany for their annual pow-wow. (06.07.2015)