Scientists have been able to more directly link extreme weather, like the floods that hit Central Europe last month, to climate change. A changed climate could also mean hotter summers - and with that, more deaths. 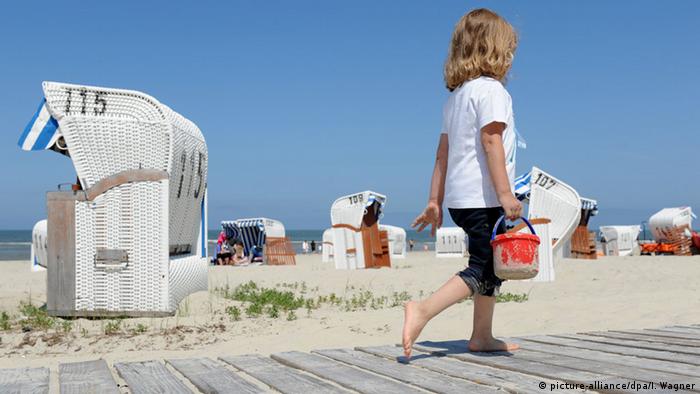 Europe's summer got off to a torrential start this year as severe flooding struck much of the continent. At least 18 people were killed in May 2016 in the heavy downpours and ensuing floods that hit France, Germany, Belgium and Romania.

The River Seine in France burst its banks as waters reached their highest levels in more than 30 years, while in the German state of Bavaria, surging floodwaters crushed houses and cars, forcing some residents to climb to safety on their rooftops.

Holidaymakers planning trips to Europe may well have second thoughts, while locals are asking whether climate change is playing a role. According to researchers, the answer - at least in France - was: probably.

Scientists with the research program World Weather Attribution (WWA) analyzed the heavy rain and flooding in France and Germany in May to investigate the likelihood of whether climate change contributed to it.

Robert Vautard, a senior scientist with France's Laboratory for Climate and Environment Sciences and Institut Pierre-Simon Laplace, who was involved in the research, said: "We know that global warming leads to more downpours in general. But with this attribution analysis, we found we could tie global warming directly to the recent rainstorms in France that triggered so much flooding and destruction."

Although the results were inconclusive about climate change's link to the floods in Germany, Maarten van Aalst, director of the Red Cross/Red Crescent Climate Centre, said: "These latest lethal floods in Europe illustrate the rising impact of extreme weather events, including on developed and well-prepared countries like Germany and France." 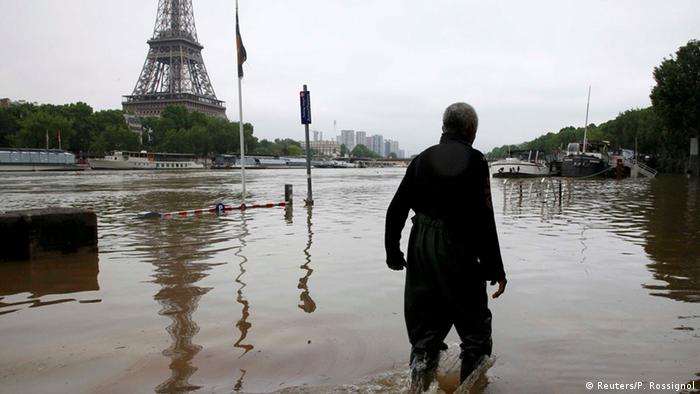 Days of almost nonstop rain in Paris, France, led to the River Seine bursting its banks at the start of this summer

The study is one of the latest in a growing number associating climate change more directly with extreme weather, suggesting that a previous hesitation over linking the two is waning.

Van Aalst told DW that this shift gradually emerged in the scientific community over the last 10 years, essentially by researchers changing the question they were asking.

"The question 10 years ago was, 'Is this heat wave a climate change event,'" said van Aalst. Scientists are thinking more in terms of how likely it is that a weather phenomenon was caused by climate change.

More research has since been focused on looking at weather extremes through the growing scientific field of climate change "attribution."

Attribution studies aim to determine the causes of single, unusual climate-related events - and to understand how humans are influencing the climate by looking at whether climate change has made particular extreme weather events stronger or more likely.

For Kerry Emanuel, a professor of meteorology at the Massachusetts Institute of Technology, the switch to looking at the probability of climate change affecting a particular weather event is a correct one.

"We cannot and should not say that a particular heat wave was caused by global warming," he told DW. But we can say that the probability of such an event is different today than in the pre-industrial era, he added. 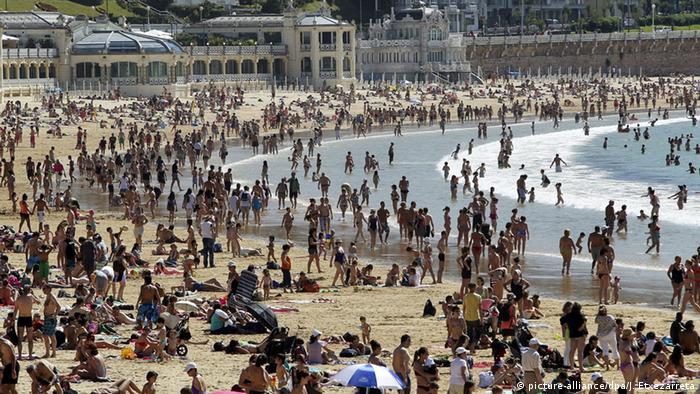 But not all extreme weather events are associated with human-related climate change, and unusual extremes have always been a part of a variable climate. The challenge for scientists is to disentangle natural factors from human-caused factors.

In the latter case, a few of those attributions were correct, he said. "This temptation must be avoided."

For people craving sun during their summer getaways in Europe, these climate change-linked extremes may spell a higher chance of intense downpours but also heat waves in some parts of Europe, particularly the Mediterranean.

It was "virtually certain" that climate change increased the likelihood of the heat wave that swept countries across Europe in the summer of 2015, according to a team of international scientists that included the International Federation of Red Cross and Red Crescent Societies' specialist reference center on climate change.

Jeff Knight, a research scientist at the Met Office - the United Kingdom's national weather service - told DW that the summer climate has warmed across Europe by more than 1 degree Celsius since 1900, with most of this warming attributable to human-caused changes, mainly emission of greenhouse gases.

"This change has already dramatically increased the frequency of heat waves," he told DW. "The European summer climate is expected to warm further in future." 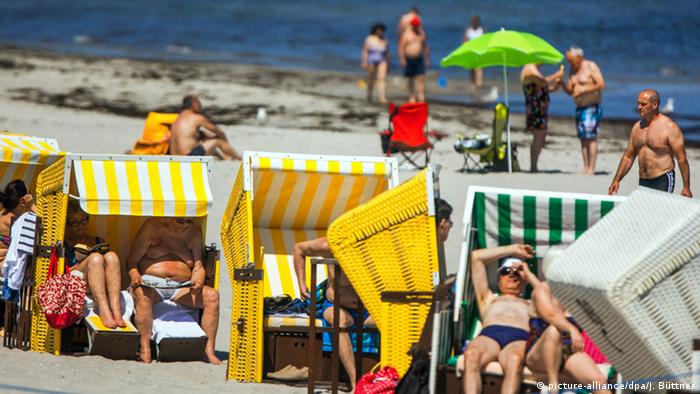 How prepared is Europe for extreme summer weather?

Sun-seekers may welcome the high bursts of heat - but for others, very high temperatures in a continent poorly adapted to cope with them could be deadly.

Van Aalst told DW that in Europe, hospitals and old people's homes generally aren't air-conditioned, and that people don't drink enough water because they aren't accustomed to such hot weather. This puts the elderly and chronically ill in particular at risk.

Although Europe may not be perfectly equipped to handle extreme weather events, it is relatively well prepared compared to countries with fewer resources, namely in the developing world.

"In the Paris floods, the Louvre moved its artworks out, so that shows how organized it was," he told DW. "But in other countries, not even people [much less artworks] are protected so well."

Temperatures across Europe were expected to smash records this week as the current heat wave showed no signs of abating. While some enjoyed the sun, deaths and forest fires marred the increasingly tropical summer. (19.07.2006)