Immigration and integration: Germany debates terminology | Germany | News and in-depth reporting from Berlin and beyond | DW | 21.01.2021 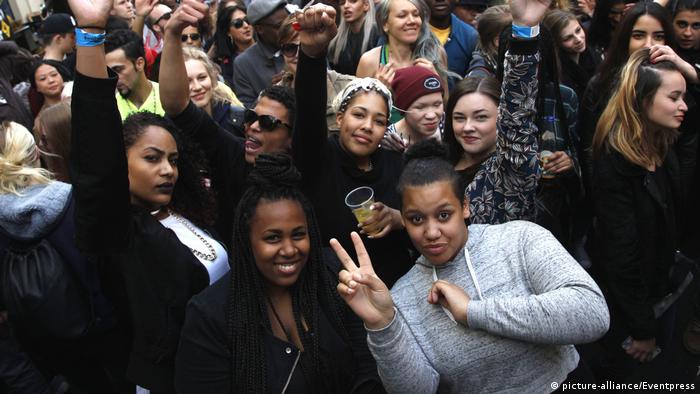 For 15 years now, the term used by German statisticians and politicians alike to denote foreigners and their descendants has been "people with a migration background."

After two years of discussing how Germany could better acknowledge its status as a society of immigration, a specialist commission of 24 politicians and academics appointed by the government has submitted its report to Chancellor Angela Merkel. One of its recommendations is to stop using the terms "migration background" or "immigrant background." 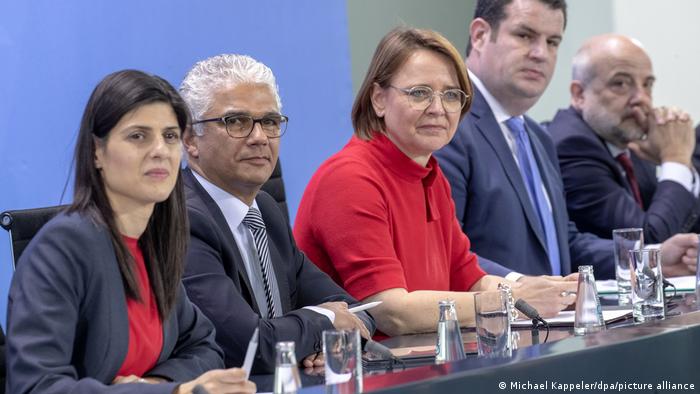 People should use the term "immigrants and their descendants," commission chair Derya Caglar said. "In my case, this would mean that I am no longer the migrant, but rather the daughter or descendant of migrants."

Caglar, a member of Berlin's city-state legislature for the Social Democrats (SPD), said her parents had immigrated from Turkey but she was born here. "And my children, who are currently defined as having a migration background, would simply be Germans," she said.

The German government's commissioner for integration, Annette Widmann-Mauz, of the Christian Democrats (CDU), is in favor of the change. The term "migration background" encompasses so many groups now that it has lost much of its meaning, Widmann-Mauz said.

"Many of the 21 million people to which the term is applied do not feel appropriately described by it," she said. Widmann-Mauz said nearly one-third of people to whom the term "migration background" is applied were born in Germany. The term, she said, gives the impression "that they would never belong here 100%, that immigration was their defining characteristic."

Over 240 pages, the report articulates 14 core messages. Topics include social housing, greater efforts to combat racism and hate crimes, and equal education and health opportunities. In Germany, according to the report, integration is a "permanent task affecting everybody."

Caglar said some of the recommendations would "require patience and a long-term strategy." Others, she said, "don’t require much adjustment at all."

Chancellor Angela Merkel expressed her gratitude for the "opulent opus", saying it provided politicians with "much expertise."

"As a result of the wave of immigration between 2013 and 2015-16, we have a mountain of tasks in front of us, requiring a great deal of integration work," Merkel said. "This challenge, it must be said, will not get easier in the near future, because we are experiencing great economic tensions as a result of the pandemic."

Merkel said recent immigrants were often among the first to feel the effects of a country's economic difficulties. "Therefore," she said, "we will have to pay great attention to the issue of integration and immigration in the coming years so that our efforts were not in vain."

Labor Minister Hubertus Heil, of the SPD, said the pandemic had shown how dependent Germany is on immigration. "The coronavirus crisis acted as a magnifying glass," he said. "In many areas, we have a shortage of specialist workers." To fix this, he said, Germany would have to harness its domestic potential for training specialists. "But, at the same time, we also need specialists from elsewhere in Europe and so-called third countries," he said. "We see this not just in hospitals and care professions, but also on building sites and in the trades."

That German is a country of immigration has become the consensus among politicians, business leaders and across society.

The only party to question this in the Bundestag is the Alternative for Germany (AfD), which is also the biggest opposition grouping. It wants to apply strict limits to immigration. Within the commission, not everyone could agree on issues of migration and integration. And the final report also reflects opposing views in the section "dissenting opinion." This also applies to the new term "immigrants and their descendants." Like the ethnic minorities it is designed to describe, the expression "migration background," is likely to stick around.

German politics: Are immigrants left out?

A new study says that Germans with an immigrant background trust the country's political system, but lack the confidence to engage with it. Political analyst Jan Schneider talks to DW about how this could change.