German Integration Commissioner Annette Widmann-Mauz has expressed her concern over effects of the coronavirus pandemic on immigrants. She hopes Monday's integration summit will bring solutions. 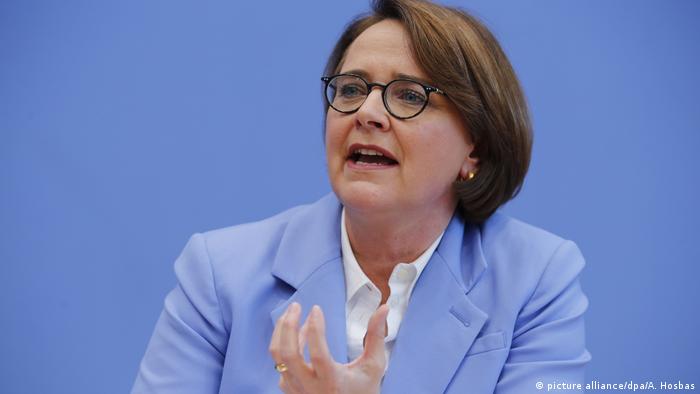 The German federal government commissioner for integration, Annette Widmann-Mauz, highlighted the plight of asylum seekers and people with immigration backgrounds during the coronavirus pandemic and the related economic crisis in a statement on Sunday.

"They often work in industries which are particularly affected by the economic consequences of the pandemic, such as retail, logistics or the hospitality sector," she said, on the eve of the 12th integration summit which shines a light on the effects of the pandemic on immigrants.

At the same time as work conditions are becoming more difficult, the number of opportunities for integration are also shrinking.

Read more: Germany's integration councils — the election for everyone

The national integration action plan took on a digital offensive offering online integration courses, language teaching and consultations over social networks. The focus is on supporting women to enter and integrate into the job market.

"We mustn't lose any time on integration, in spite of coronavirus," Widmann-Mauz said.

The integration summit, which began in 2006, will see around 130 representatives from immigrant organizations, religious communities, the economy, politics and sports come together over video conference to discuss the current topics regarding integration policy.

The government's vice-spokeswoman, Martina Fietz, announced in advance of the summit, that those taking part "will discuss answers to the important question of how we can also strengthen integration in times of coronavirus, as many people with an immigration background are particularly hard hit."

German Chancellor Angela Merkel will lead the discussion which will also look at the possibility of recognizing foreign professional and educational qualifications, as well as the promotion of early childhood education.

The first summit took place 14 years ago following a national debate about violence in schools. Teachers from a school in Berlin triggered the founding of the summit through a protest letter they wrote.