Germany looks abroad for nurses, caregivers | Germany | News and in-depth reporting from Berlin and beyond | DW | 14.08.2020

Germany has a shortage of nurses and caregivers. Health Minister Jens Spahn has made an effort to ease the hiring of foreign workers, but the coronavirus pandemic brought this recruitment drive to a halt. 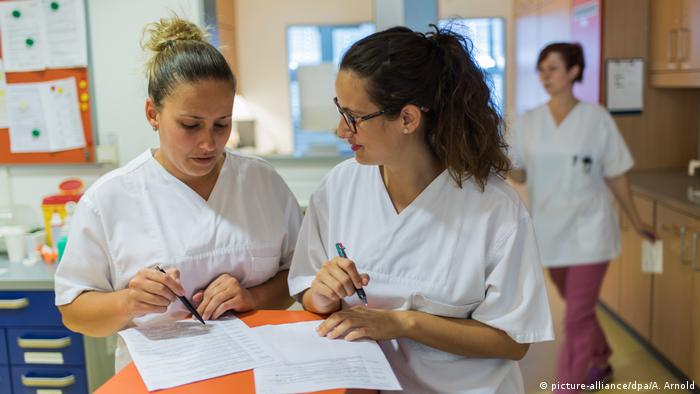 Herbert Otoniel Perez Victoriano works as a nurse at Berlin's Charité university hospital, tending to patients afflicted with infectious diseases and lung illnesses. The 29-year-old hails from southern Mexico. Once, he says, he even ran into Germany's famous virologist Christian Drosten while at work. "So of course my parents are proud of me," he tells DW.

Perez is an inspiration to many others seeking work in Germany. It's fitting then, that he recently shared a Facebook post stating: "One day, you will talk about how you made it through life; and you will become a role model for others."

Everything started in late 2016, when Perez Victoriano heard about work opportunities abroad from a recruiting agency and began studying German. At that point, he had already spent a year working as a nurse. Just before permanently moving to Germany, however, the recruiting agency went bankrupt. His dream, it seemed at the time, had been shattered.

Luckily, however, he had traveled to Germany previously and was given an introduction at Berlin's Charité university hospital. "So when the agency folded, the hospital told me not to worry, that I was a hard worker and we'll see what we can do for you," Perez Victoriano recalls.

He started working at Charité university hospital in November 2018, along with 20 other nurses and caregivers from his native Mexico. 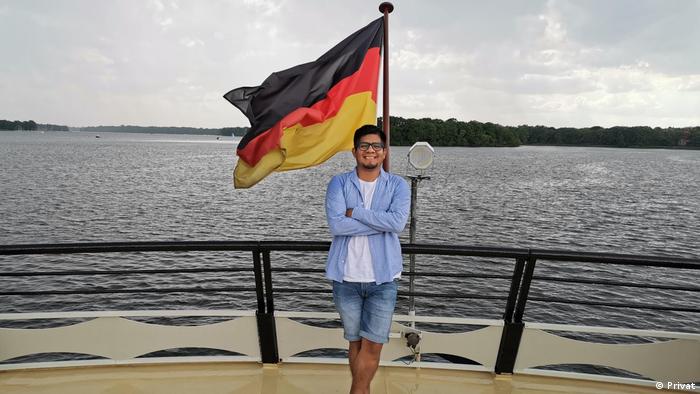 Huge need for nurses and caregivers

For years, Germany has reported a dearth of nurses and caregivers. According to German Health Minister Jens Spahn, some 50,000 positions need to be filled. And the German Nursing Council (DPR) predicts up to 300,000 vacant positions may have to be filled until 2030. In 2013, the federal employment agency launched a recruitment drive, encouraging foreign nurses and caregivers to relocate to Germany.

Minister Spahn wanted to lend new momentum to the initiative in 2019, when he traveled to Kosovo and then Mexico, hoping to strike a recruitment deal. After returning, Spahn created a special agency designed to ease immigration for foreign nurses and caregivers. Spahn's ministry, however, informed DW that currently all recruiting efforts have been "indefinitely" suspended due to the pandemic. Presently, 1,300 nurses from Mexico and the Philippines are waiting to have their applications processed.

Thomas Hesse, who heads Saarbrücken hospital's HR department, is eager to hire more foreign staff. "We need to train up more people here, and hire staff from abroad." He is convinced this is the only way Germany will be able to tackle the staff shortage in its health care system.

Last year, he teamed up with Homburg university hospital, the Carl Duisberg language centers, and Germany's employment agency to hire Mexican caregivers. Hesse says they are known to be highly trained. Besides, both countries already struck a deal easing the recruitment drive. A total of 38 caregivers were scheduled to move to Germany in May of this year.

But because of the pandemic, they have remained at home, studying German. "They will be taking their German exams in mid-August, afterwards we can start planning the move to Germany," Hesse tells DW. He estimates they will be in the country by October, provided nothing unexpected happens. 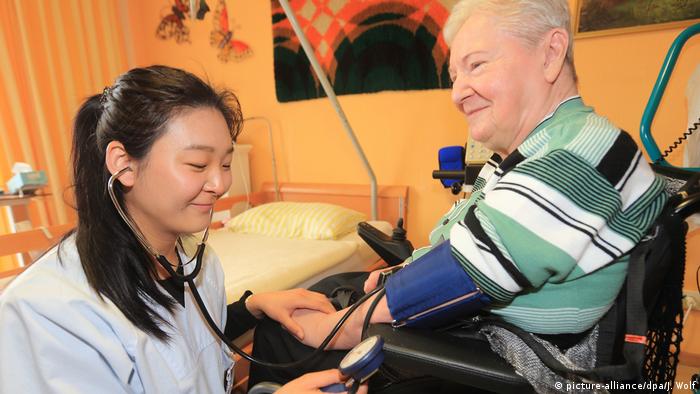 Perez Victoriano says he struggled learning the language. "It makes sense to sit down and study hard beforehand," he says. "The better you know German, the easier it is for you to integrate into German society." The 29-year-old says he feels respected at work. After a short trial period, he was given a permanent contact and now earns what his colleagues make.

"So far, I have not been treated differently because I'm a foreigner," he reports. He admits the job can be stressful but welcomes Germany's strict labor standards. Workers and patients alike, he says, get the respect they deserve. "So far, they have not made me work two shifts back-to-back, which is normal in Mexico."

Too much red tape

Thomas Krakau, the head of nursing at Asklepios, a private hospital group, says German bureaucracy poses the biggest hurdle to recruitment. "We need a country-wide system for accepting foreign diplomas," he says. Currently, each of Germany's 16 states has its own procedure in dealing with foreign workers, which makes hiring workers from abroad complicated and wastes resources.

Herbert Otoniel Perez Victoriano recommends that anyone interested in working in Germany should apply through the country's official recruitment initiative, known as the Triple Win program. He warns that private recruitment agencies are less reliable.

He's happy to be working in Germany, yet constantly thinks about his family back home, where coronavirus infections have been continuously rising. He does not see himself returning to Mexico any time soon. "I can't rule it out, but my career is here in Germany."

Recruiting foreign care workers will be Germany's "nearest option" to fix understaffing at homes for the elderly, according to Health Minister Jens Spahn. A patients' advocacy group says standards must not be lowered.