The International Criminal Court said that despite "a reasonable basis" to consider war crimes committed in Afghanistan, there was little chance of a successful prosecution. Rights group Amnesty criticized the decision. 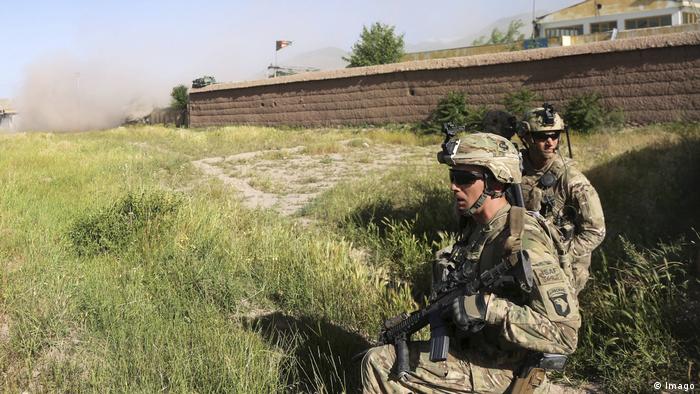 International Criminal Court (ICC) judges on Friday rejected a request by the court's chief prosecutor to open an investigation into possible war crimes and crimes against humanity committed in Afghanistan, including alleged violations by US forces.

The Hague-based judges unanimously ruled that an investigation into alleged crimes "would not serve the interests of justice."

Chief Prosecutor Fatou Bensouda in 2017 asked judges to open a formal investigation into alleged war crimes committed by the Taliban, the Haqqani network, Afghan forces, the US military and the CIA.

The judges found that there was "a reasonable basis to consider that crimes within the ICC jurisdiction have been committed in Afghanistan and that potential cases would be admissible before the Court," according to a press release.

The allegations against the United States relate to torturing Taliban and al-Qaida prisoners in Afghanistan and at secret CIA detention facilities.

ICC prosecutors have also blamed the Taliban for some 17,000 civilian deaths from 2007 to December 2015, including "numerous attacks" on schools, hospitals and mosques. They also alleged that Afghan security forces have tortured prisoners at detention centers.

US piles pressure on ICC

The United States has not ratified the ICC's Rome Statute, meaning any judicial proceedings were unlikely to lead to the arrest of CIA officers or US military personnel. However, Americans alleged to be involved in war crimes could have been subject to international arrest warrants. Afghanistan is a member of the ICC.

The court decision comes after US Secretary of State Mike Pompeo last month threatened to sanction and revoke the visas of ICC staff investigating possible US war crimes in Afghanistan. Bensouda's US visa already was revoked this month.

In making the decision not to move forward with the probe, ICC judges noted that "the lack of cooperation that the Prosecutor has received and which is likely to grow scarcer should an investigation be authorized hampering the chances of successful investigation and prosecution."

The judges also took into account the time elapsed since the ICC's preliminary examination was opened in 2006, the altered political situation in Afghanistan since then, and the need for the court to prioritize cases that have a better chance of succeeding given its limited resources.

"Notwithstanding the fact all the relevant requirements are met as regards both jurisdiction and admissibility, the current circumstances of the situation in Afghanistan are such as to make the prospects for a successful investigation and prosecution extremely limited," the court said.

Amnesty International said the court's decision marked "a shocking abandonment of victims and will further weaken the court's credibility."

"Coming so closely on the heels of a series of unhinged attacks by senior US officials, and following long and unexplainable delays up to this point, the decision ultimately will be seen as a craven capitulation to Washington's bullying and threats," said Biraj Patnaik, South Asia director at Amnesty International.

The International Criminal Court's prosecutor has requested a full investigation in Afghanistan. US and Afghan military personnel could be indicted, along with Taliban members, for committing crimes against humanity. (20.11.2017)