Germany is sending back ever greater numbers of Afghans. In the first two months of this year Germany denied more than half of all asylum applications. Sandra Petersmann spoke with deportees in their war torn home. 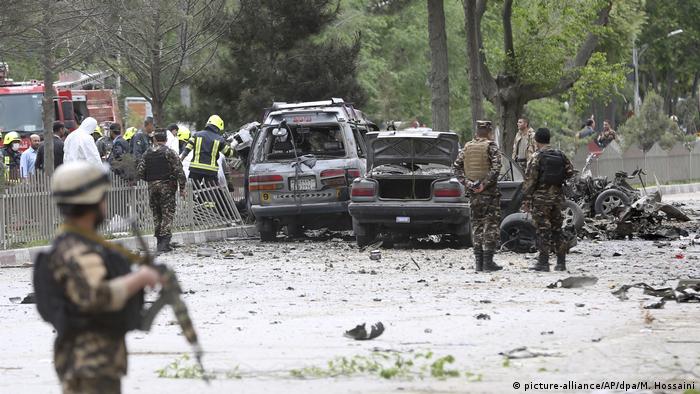 His sentences are short and urgent: "I'm scared; I'm not safe here; no idea – I can't live here."

It is difficult to have a conversation with Rahmat. That is also not really his name, he just made it up. When he first returned to Afghanistan he gave a lot of interviews, but now he does not want to appear in the media. He had originally hoped the media attention would help expedite his return to Germany. Yet, he is still in Kabul. And fear for his life is growing. The main reason the 23-year-old agreed to meet with Deutsche Welle is his desperate attempt to cling to every possible contact with Germany.

Rahmat was on the first charter plane that transported 34 rejected asylum seekers from Frankfurt to Kabul, on December 14, 2016. Since then, the German government has chartered one plane per month to deport young men back to Afghanistan – 107 between then and the end of April. Each flight has cost more than 300,000 euro ($335,000). Those costs are covered by the European Border and Coast Guard Agency, Frontex. Afghanistan has signed repatriation agreements with the EU and individual countries such as Germany, and is therefore obliged to take back citizens who have been denied asylum. In return, European partners have pledged financial support. Roughly two-thirds of Afghanistan's budget is financed from abroad.

Rahmat is nervous and agitated. He smokes one cigarette after another. Tiny beads of sweat cover his forehead. He uses the plaid cloth around his neck to cover his face when questions become too difficult for him. He says his father was an important military commander before the Taliban murdered him eight years ago. "If they find me they will kill me, too." Nevertheless, the Federal Agency for Migration and Refugees did not believe his story and denied him asylum. 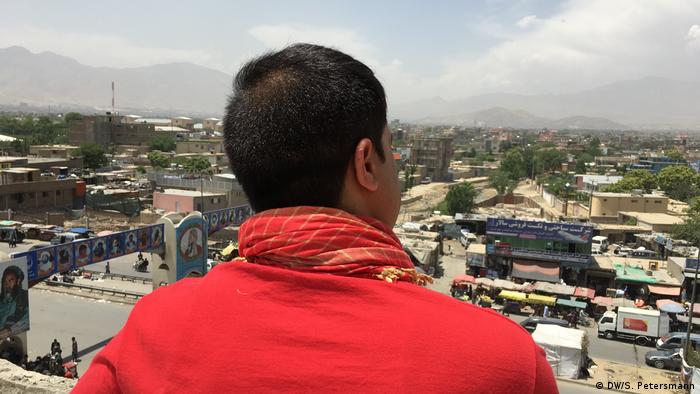 Rahmat looks out over the city

The young man was born in the Panjshir Valley and grew up in the embattled Ghazni Province. From there he fled to Iran in the spring of 2011, then to Turkey, Greece, Italy, France and finally to Germany. The journey cost him more than $10,000 (8,950 euros.) He says that his family gave him the money. Today his family plays no part at all in his life. His mother and his brother have vanished. He never spoke to them again after he left. He does not want to return to Ghazni. Just days ago, the Taliban once again attacked the province's capital.

Aalen, a small town near Stuttgart, was his home for six years – until he was deported. His expulsion caught him by surprise: "It's so unfair. I spent a lot of time in Germany, more than six years. I didn't do anything wrong. I went to school, I learned German and I behaved."

Now Rahmat lives in Kabul, with the family of an Afghan friend of his in Germany. But he doesn't like living with strangers. "I only go there to sleep because I don't want to be a burden to them. I spend my days out of the house."

During the day, he wanders the streets of Kabul looking for work. But Kabul is full of people desperately seeking work. The war turned more than 600,000 Afghans into domestic refugees last year alone. Add to that 90,000 since the beginning of this year. At the same time, neighboring Pakistan and Iran have also deported massive numbers of Afghan asylum seekers – almost 700,000 in the last year. Many of those returning to Afghanistan head to Kabul. The city has been utterly overwhelmed by the influx.

Rahmat clings to his smartphone. He often chats for hours on end. WhatsApp, Viber and Facebook are his bridges to Germany. A supporter from the Baden-Württemberg region in Germany regularly sends him money: 150 euros per month. That keeps him above water. He could also apply for a one-time reintegration grant of up to 700 euros from the International Organization for Migration (IOM) mission in Germany. But for that he would need to present a concrete business idea or an occupational training certificate. However, Rahmat doesn't even possess a valid Afghan passport. 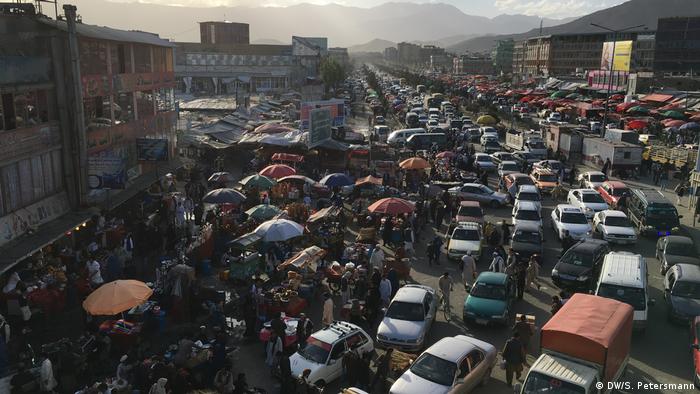 Rush hour in the west of Kabul

Fareshta Qedeez from the International Psychosocial Organization (IPSO) says that Rahmat's situation is quite typical. "If a young person is forced to return home after having forged a strong relationship with another society, it is often very difficult for them to reintegrate into a traditional conservative society with clearly defined borders." 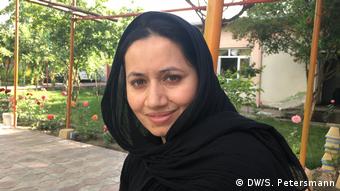 IPSO cares for psychologically damaged persons in war torn Afghanistan, offering them consultation and therapy. Forty years of war have left deep scars in Afghan society. IPSO receives support from Germany's Federal Foreign Office and has long established itself as a contact point for people who have been denied asylum. IPSO workers are always present at Kabul airport when charter planes arrive from Germany. Fareshta Qedeez says that about half of those deported so far have taken advantage of IPSO's services. But she says the inhibition threshold of asking for help is high: "Dishonor is a dominant element in Afghan society. We do all we can to keep that dishonor at bay. Failure is especially disgraceful in Afghan society. Deportees see themselves as disgraceful failures."

Abdul Ghafoor, who runs Afghanistan Migrants Advice and Support Organization (AMASO), says that deportations are a "total waste of money." Ghafoor's network offers legal assistance to refugees and immigrants in Kabul. He says more than half of the European deportees he has had contact with left Afghanistan again within about three months. And Ghafoor says he can understand why: "What are authorities here doing to help Afghan youths stay rather than flee? What is our government doing to provide more safety? The Taliban is more powerful now than at any time since 2001. The so-called "Islamic State" was never here before. Now it is. Why should young people stay here? For what?"

None of that has done anything to influence German deportation policy. Between January and April of this year alone, the Federal Agency for Migration and Refugees has denied some 32,000 asylum applications from Afghans, considerably more than in 2016.

Gunmen have stormed a guesthouse in the Afghan capital, Kabul, killing a female German national and a security guard. Authorities are investigating whether the attack was terror or crime-related. (21.05.2017)

Even if NATO deploys more troops, the political and security situation in Afghanistan will likely get worse, US spy chiefs said. Australia said it was "open" to sending more soldiers after Berlin signaled reservations. (12.05.2017)

'Hiking Happiness' is a hiking group in Germany that gathers people from different backgrounds to help them integrate and relieve their stress. Especially those who came as refugees and faced a tramatic journey to get to Germany.