US, Afghanistan forces likely to face war crimes investigation, alongside Taliban | World| Breaking news and perspectives from around the globe | DW | 20.11.2017

The International Criminal Court's prosecutor has requested a full investigation in Afghanistan. US and Afghan military personnel could be indicted, along with Taliban members, for committing crimes against humanity. 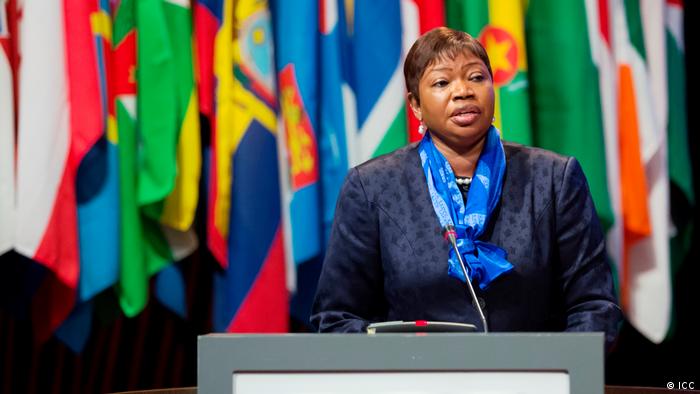 The chief prosecutor of the International Criminal Court on Monday formally asked for judicial authorization to open a full investigation into the possibility that war crimes and crimes against humanity have been committed in Afghanistan: by the Taliban, by Afghan forces and by the American military.

Judges are expected to give Prosecutor Fatou Bensouda the go-ahead after more than a decade of preliminary consideration by her office.

"After a comprehensive and careful scrutiny of the information available to the office," Bensouda said in a statement announcing her decision, "I have determined that there is a reasonable basis to proceed with an investigation of the situation in Afghanistan." She named the Taliban and Haqqani Network, the Afghan National Security Forces, in particular, members of the National Directorate for Security and the Afghan National Police, and members of the US armed forces and CIA.

The latter will also be held responsible for acts committed at secret detention centers located in Lithuania, Poland and Romania as well as on Afghan territory. She has previously reported that US personnel have inflicted "torture, cruel treatment, outrages upon personal dignity and/or rape" upon dozens of detainees.

Bensouda said she would only be looking at alleged war crimes committed on the territory of Afghanistan since May 1, 2003, the date Afghanistan became a member of the court, but would also include acts linked to Afghanistan that could have been committed in other countries since July 1, 2002.

What will the US do?

The US never ratified the Rome Treaty that would have made it a member of the court, asserting it would have faced unfair, politically-motivated prosecutions. That lack of membership does not, however, mean US soldiers are completely shielded from the ICC's influence, court spokesman Fadi El Abdallah told DW. 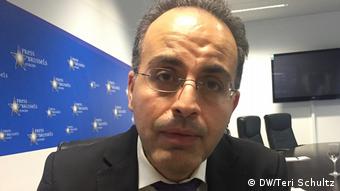 El Abdallah says "justice must be done" in atrocities cases

Besides the obvious fact that the US must adhere to international "laws of war" such as the Geneva Conventions, El Abdallah notes that the ICC mandate is applied on the territory of all states that did ratify it, as Afghanistan has. "It can still be legally prosecuted," he said.

At the same time, he noted the ICC is the "court of last resort," so if crimes are uncovered in an ICC investigation, the preference is for the accused to be tried in their own countries.

"Justice has to be done," El Abdallah explained, "but it doesn't need to be done by the ICC." He added that most countries accept that certain conduct is not accepted even in war, and that those governments have the responsibility to ensure accountability if those norms are violated.

Hale: US 'can no longer ignore' ICC

Kip Hale, a US attorney specializing in atrocities investigations and prosecution who formerly headed a project fostering cooperation between the American Bar Association and the ICC, says that Washington can no longer ignore the court in The Hague. In part, he told DW, this is due to Bensouda's success in beefing up her office's credibility and professionalism, which is key to her confidence in opening what is bound to be a bitterly controversial trans-Atlantic dispute with this investigation.

"This filing will inflame some quarters of the US government and certain media outlets," Hale predicts, "because it is an international court consolidating into a criminal motion details about US military and CIA activities in Afghanistan and related other locations," despite the fact that much of the information is already publicly available.

Hale explains that while it's unlikely a US ally would ever arrest an American indictee and send them to The Hague, he believes the US should cooperate voluntarily with the investigation and carry out its own prosecutions of individuals suspected of committing wartime atrocities. That might not come soon, Hale told DW, but "I'm not saying it's impossible to imagine [the Trump administration] would engage in some sort of positive open engagement with the court on cases as a way of putting these things to rest."

Ehsan Qaane, a legal and political affairs researcher with the Afghanistan Analysts Network in Kabul, doesn't want all the excitement over the US-CIA involvement to overshadow where the majority of blame should be directed. "It is understandable that investigation of Americans for the first time by an international tribunal is a big issue at the international level," he told DW. "However, this will overshadow the Afghan perpetrators, like the Taliban and others, who are responsible for the largest part of alleged war crimes and crimes against humanity in the country."

There will be plenty of obstacles in Afghanistan too, where the government has tried to deter the ICC probe for years and where it will be very difficult to try to arrest alleged perpetrators still in the middle of active conflict.

But Qaane believes it's a worthwhile pursuit. "For victims it means there is an international body hearing their voices," he said. While for the insurgents and armed groups, it demonstrates there is more than just the Afghan and American forces to fight, and there's a "third party that will prosecute them one day."

Qaane explained that the investigation will also be useful to "name and shame" governments that "close their eyes to perpetrators of war crimes and crimes against humanity." That will build trust with the Afghan public, he believes.

Ahmad Shuja, a former human-rights researcher turned writer in Kabul, agrees there will be a swell of Afghan support for the investigation, with one complaint: "People not only welcome it," he told DW, "but many also wonder why the ICC's mandate doesn't extend to atrocities before 2003. Afghanistan remains a country with four decades of war scars but zero accountability, so the desire for justice is strong."

A suspected US drone strike along the Afghan-Pakistani border region has killed at least 26 people, including Haqqani fighters. Why is the Haqqani Network considered one of the most feared militant groups in the region? (17.10.2017)