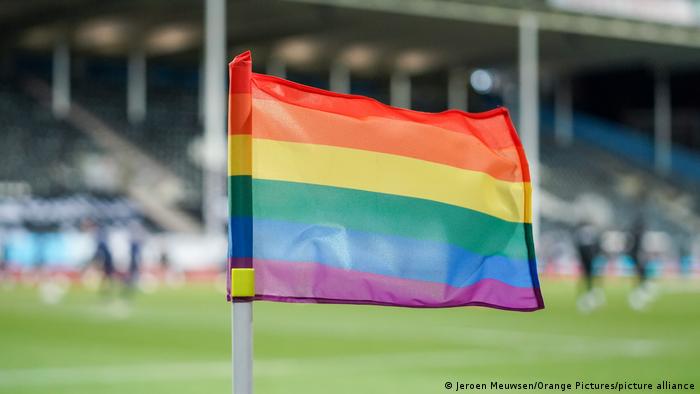 Allianz Arena will not be illuminated in rainbow colors for the game, but other stadiums around Germany will

Hungary's Prime Minister Viktor Orban has canceled a trip to Munich for his country's match against Germany in the European football championship, German news agency dpa reported on Wednesday.

Munich city councilors had put forward a motion to have the stadium illuminated in rainbow colors after Hungarian lawmakers passed an anti-LGBTQ law. But the European football's governing body, UEFA, declined Munich's request.

Orban had initially planned to attend the Euro 2020 final group game, set to take place in Munich's Allianz Arena at 9 p.m. (1900 UTC) on Wednesday. His office is yet to comment publicly on whether he would attend since dpa's report.

In a statement to dpa, the right-wing leader called on German politicians to accept UEFA's decision.

"Whether the Munich football stadium or another European stadium is lit in rainbow colors is not a state decision," Orban was quoted as saying by dpa, adding that rainbow colors were also a common sight on the streets of Budapest these days.

"In communist Hungary, homosexual people were persecuted. Today, the state not only guarantees the rights of homosexuals, but actively protects them," Orban said in his statement to dpa. 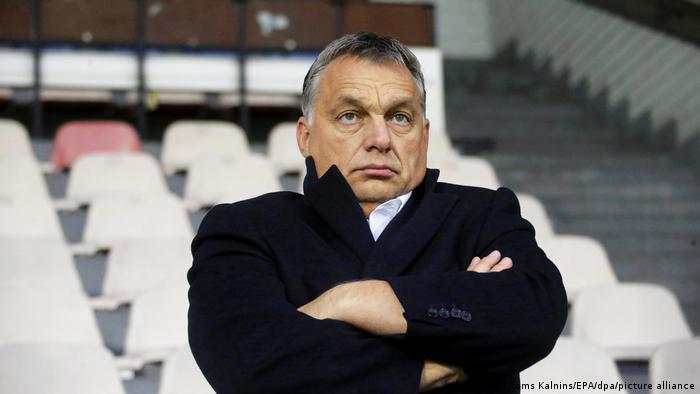 Why did UEFA deny Munich's request?

UEFA said the move would have signaled a political message, meaning that as a "politically and religiously neutral organization," it felt it had no choice but to refuse.

"Given the political context of this specific request — a message aiming at a decision taken by the Hungarian national parliament — UEFA must decline this request," it said in a statement published on Tuesday.

Instead, European football's governing body suggested that Munich illuminated the stadium with rainbow colors on alternative dates — the Christopher Street Liberation Day between 3 and 9 July.

What has been the response in Germany?

Football clubs in Berlin, Frankfurt, Cologne, Wolfsburg, Augsburg, Bremen and Düsseldorf will light up their venues in rainbow colors during Wednesday's match.

Several German politicians reacted with dismay to UEFA's decision. The mayor of Munich, Dieter Reiter, said it was "shameful" that the UEFA would prohibit setting "an example for diversity, tolerance, respect and solidarity."

A petition on Change.org platform gathered nearly 300,000 signatures, calling on UEFA to allow rainbow lighting for all stadiums in the tournament, including the Allianz Arena.

Some critical observers online also noted past social media posts from UEFA itself, using a rainbow flag, saying it was "proud" that the competition would be "for everyone."

UEFA had investigated Germany captain Manuel Neuer wearing a rainbow-colored armband in the first two games of the Euro 2020.

In that case, UEFA said Neuer did not fall foul of its rules around "political symbols," and that it was rather a "symbol of diversity and thus a good cause."

Netherlands captain Georginio Wijnaldum will also wear an armband that reads "One Love" during Sunday's match with Hungary in Budapest, the Dutch football federation, KNVB, announced on Wednesday.

German Chancellor Angela Merkel was direct about her thoughts on the Hungarian bill when responding to a question from a far-right lawmaker in parliament Wednesday, saying, "I consider this law to be wrong and incompatible with my understanding of politics."

The bill passed with a 157-1 vote as one independent lawmaker voted against it. Opposition parties boycotted the session in protest, however.

Critics of the law say it conflates pedophilia with non-heterosexuality, and its vague wording can be used to persecute members of the LGBTQ community — even the display of rainbow flags in public could be punishable.

Hungary's Foreign Minister Peter Szijjarto was critical of Germany's stance, saying that his country "passed a law to protect Hungarian children, and now in Western Europe they are griping about it."

"They want to express this by including politics in a sporting event, which has nothing to do with the passing of national laws," Szijjarto said.

European Commission Vice President Margaritis Schinas was far less understanding, however, saying: "I find it very difficult to understand what UEFA is trying to do by going against this initiative. Frankly, I do not see any reasonable excuse for that."