Euro 2020: UEFA takes no action against Manuel Neuer and DFB over Pride armband 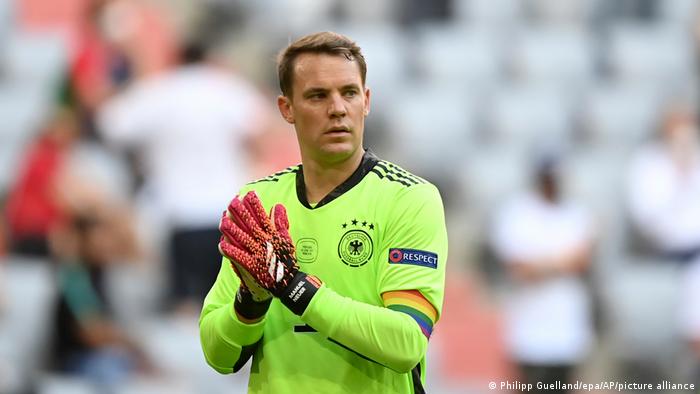 The Pride armband worn by Manuel Neuer in the first two games of the European Championship in support of the LGBTQ community will not result in a punishment for the Germany captain or the German Football Association (DFB).

A UEFA investigation concluded that the armband is, in fact, a "symbol of diversity and thus a good cause" and therefore does not fall foul of UEFA's rules around "political symbols" which are forbidden and usually results in a fine for the national association.

"We are striving for open football. And we also want to send a signal this month to all the athletes from the LGBTI community," Lesbian and Gay Association in Germany (LSVD) federal board member Christian Rudolph told ntv.de. "It was important to us that Neuer can play the entire month with the rainbow captain's armband. These are now also the values that the DFB represents." 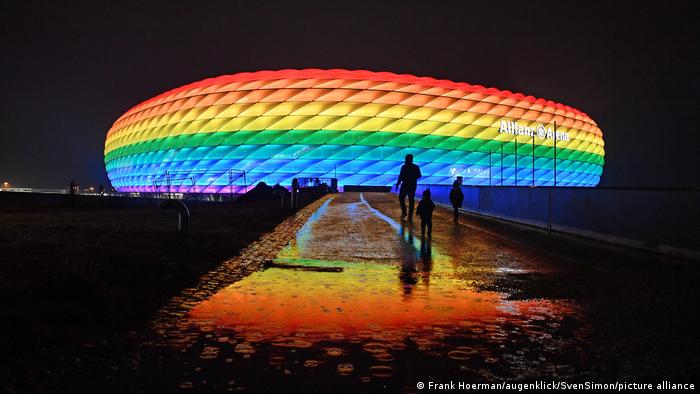 The Allianz Arena in Munich is set to be lit up in the Pride colors for the game against Hungary on June 23.

The news that UEFA would be investigating followed a Twitter storm surrounding a state lawmaker from the far-right Alternative for Germany (AfD) after a homophobic slur and criticism of the national team's use of LGBTQ rainbow colors.

The former German army officer directed his ire at the rainbow armband worn by Neuer, describing it as a "f*****'s armband," before going on to complain that Bayern Munich's Allianz Arena would be lit up in the same colors.

"Now all that's missing is 'taking the knee,' and you're going to lose more and more fans. You must be able to afford it," he wrote, referring to the anti-racist kneeling protest adopted by some teams in the competition.

However, the wording used by Junge was judged to have marked a low point, according to the tabloid Bild. He later apologized for using the homophobic slur and said he had deleted the tweet.

The Social Democrat politician Karl Lauterbach said the tweet — which was deleted on Sunday morning — highlighted the intolerance of the AfD.

"Such comments show how terribly intolerant Germany would be governed if the AfD were ever in government," said Lauterbach.

Meanwhile, AfD co-leader Alice Weidel, herself a lesbian, also criticized the tweet as "not the AfD."

Weidel quipped that Junge, whose time as a state parliamentary leader ended several months ago, would soon find himself looking at the party from the outside. 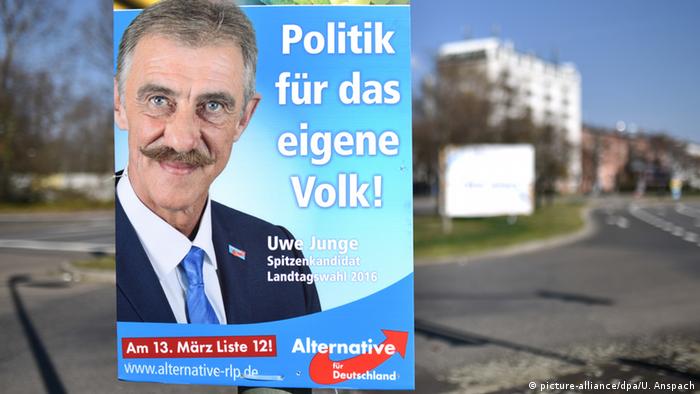 Junge is a well-known AfD figure, particularly in Rhineland Palatinate where he was a lawmaker

Far from being an unknown in the party, Junge has appeared on national television debate shows and held several top posts in the party.

His tweet appeared to be sparked by news that the Allianz Arena would be lit in rainbow colors for Germany's match against Hungary on Wednesday as a show of solidarity for Hungary's LGBTQ community.

According to a new law passed by the government of Prime Minister Viktor Orban, companies are no longer allowed to promote the rights of lesbian, gay, bisexual and transgender people in advertising or to make them appear as normal.

The law also bans the teaching of LGBTQ content to minors.