The bill before Hungary’s parliament would repeal a 2017 law slammed by the EU’s top court as discriminating against foreign non-governmental organizations. 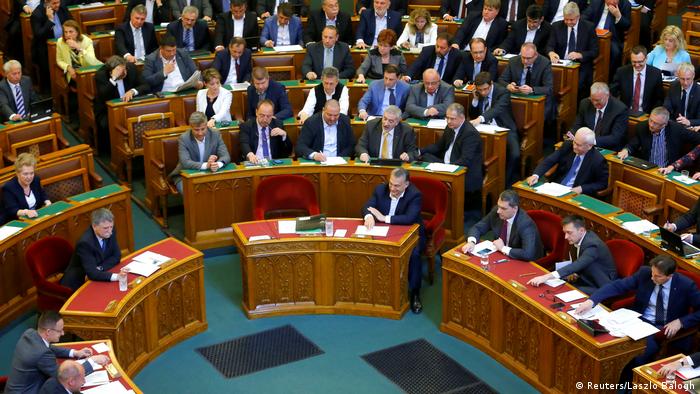 Deputy Prime Minister Zsolt Semjen submitted a repeal bill on Wednesday that would quash Hungary's 2017 Transparency Law on foreign-funded non-governmental organizations slammed last June by the European Court of Justice as being discriminatory.

Brussels had long demanded that Prime Minister Viktor Orban — who is widely accused of undermining freedoms of courts, media, non-governmental organisations and academics — rescind the 2017 legislation. It requires groups funded from abroad to publicly disclose their donors and register with Hungary authorities.

That law was widely seen as targeting Orban's prominent critic, the Hungarian-born US billionaire and Holocaust survivor George Soros, known for his philanthropic work on human rights and democracy.

Instead, the repeal bill would require Hungary state audit office to "publish” an annual summary on "all associations and foundations" whose balance sheet exceeds 20 million forints (€55,000, $66,000) "in line with EU law."

The replacement legislation would come into force on July 1, 2021.

Exempted from the proposed new law would be sport and "national minority associations,” freedom of conscience and religious groups, according to the draft replacement bill.

Inside Europe: University "forced out"

Orban,in power since 2010, vowed in 2018 that there would be "big changes" for Hungary's cultural and academic scenes, seen by his government as hotbeds of liberalism.

His campaign also targeted theaters, universities and gay rights advocacy. A university founded by Soros shifted from Budapest into exile in Vienna.

The European Commission has given Hungary two months to change a law on foreign-funded civil organizations or face hefty fines.

Hungarian NGOs - especially those working with migrants - are facing stigmatization under a new law being pushed by Viktor Orban's government. DW's Ben Knight talks to some of those NGOs in Budapest.