Hungarian NGOs - especially those working with migrants - are facing stigmatization under a new law being pushed by Viktor Orban's government. DW's Ben Knight talks to some of those NGOs in Budapest. 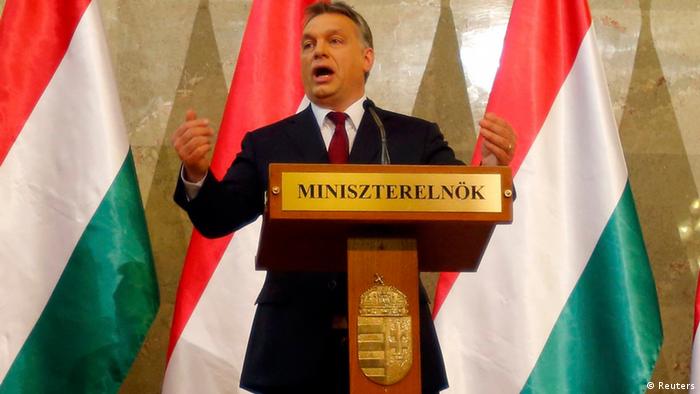 The Hungarian government is being accused of undermining the country's civil society with a draft law that critics say would stigmatize all foreign-backed NGOs as "foreign agents" by imposing Russian-style bureaucratic restrictions.

Under the legislation, due to be voted through parliament in June, NGOs receiving more than 24,000 euros ($27,000) a year from foreign sources would have to re-register as "civic organizations funded from abroad," adopt that label in all public platforms and media appearances, and disclose a list of foreign donors.

Goran Buldioski, director of the Open Society Initiative for Europe (OSIFE), which disperses between 3 and 4 million euros to around 50 NGOs in Hungary every year, thinks this is part of a sustained media attack on the country's civil society by Prime Minister Viktor Orban's nationalist party Fidesz. 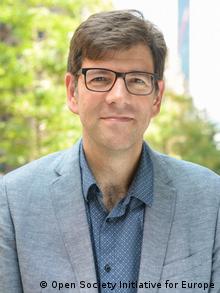 Buldioski says the long-running campaign has left scars. "I have a lot of colleagues who consider themselves as real patriots and who have contributed to the economic development and democratic transition of this country, who look at the news and think: oh really, I'm the enemy of the state?" he said. "It's really unfair. Then their relatives and friends are like: Really? I thought you were the good guys helping us!"

Other members of civil society, such as Agnes Urban of the Mertek Media Monitor, a press freedom NGO that receives some project funding from Google, were more bullish. "I know it is harmful, and for a lot of people it will be a stigma, but you cannot fight against a stigma by hiding it," she said. "Probably it will be very tiring and very frustrating, but we are proud of our foreign funding, because it shows that we are successful and competitive on an international level."

Buldioski also worries that this will have a much wider impact - by discouraging Hungarians from creating their own NGOs to support local community projects. "They are afraid of getting an inspection, as many are getting right now," he told DW. "There is an increasing fear that if you get funding from abroad, or you get funding by us, suddenly you will be attacked by the government. One government official said, 'we will swipe you off' - in a physical sense. Actually it was an incitement of violence."

The European Union and the United Nations have occasionally voiced their disapproval of Orban's troublesome government and its increasingly authoritarian policies. Fidesz seized control of the country's public broadcasters not long after taking over in 2010. (It also took over private outlets with the help of German corporations: in 2015, telecom giant Deutsche Telekom sold the country's largest independent media outlet Origo to the Hungarian government). 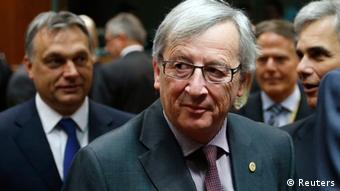 EU leaders have been critical of Orban's government

Foreign-backed NGOs have been blamed by the Hungarian government in a number of ways. In April, the government issued all voters a "consultation," a questionnaire, entitled "Let's stop Brussels!", that asked citizens for their opinion on various issues and accused the EU of meddling in Hungary's tax policy, immigration policy, and job creation policy.

Question four of Orban's questionnaire was the most ominous for Hungary's NGOs: "More and more foreign-supported organizations operate in Hungary with the aim of interfering in the internal affairs of our country in an opaque manner. These organizations could jeopardize our independence," it read. "What do you think Hungary should do? (a) Require them to register, revealing the objectives of their activities and the sources of their finances. (b) Allow them to continue their risky activities without any supervision."

The European Commission was quick to rebut each of the six points, issuing a statement in late April that said, "Several of the claims and allegations made in the consultation are factually incorrect or highly misleading," and asserted that "The conditions under which Non-Governmental Organisations (NGOs) carry out their activities are in principle a matter of national law."

In a statement emailed to DW, the Hungarian government said that the new law would be modeled on US regulations, and added, "It seeks to make public and transparent how much money the various organizations receive from abroad, from whom and with what purpose. These are organizations that often place pressure on the government - for instance letting in migrants in the context of immigration policy." 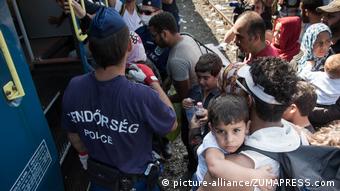 NGOs in Hungary that work with refugees are under threat

The last point is telling. According to Behrooz Torki, an Iranian refugee from the migrant rights organization Migszol in Budapest, the unspoken purpose of the new law is to victimize organizations that work with migrants. "It's not written in the law, the problem is the way the government is justifying it," he told DW. "The target and the arguments for the law is always NGOs working in migration."

Migszol, as an unregistered grassroots collective of volunteers that receives no funding at all, would not be directly impacted by the new law, but Torki says they are still affected by the stigma that is deliberately attached to civil society by the government.

Torki says government politicians hold Migszol literature up at "citizens' forums:" "They take our flyers, and they say: look, they are the traitors, the worms and poisons of society."