Hungarian NGOs prepare for government crackdown | Europe | News and current affairs from around the continent | DW | 22.01.2017

Viktor Orban's government has denounced NGOs funded by George Soros for trying to "illegitimately" influence political life. The groups are gearing up for an assault from politicians who once saw them quite differently. 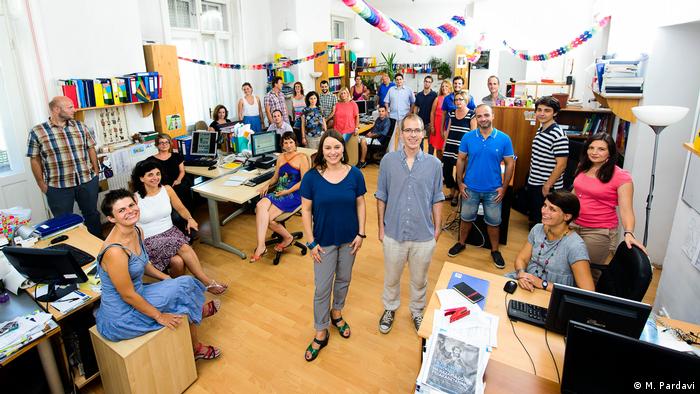 The Helsinki Committee is a legal NGO that has helped refugees, detainees and victims of police abuses for over two decades.

George Soros, the US-Hungarian billionaire, was once hailed as a liberator in Hungary. Having aided the fall of communism by providing photocopiers for liberal opposition samizdat publications, he went on to found the prestigious Central European University in his native Budapest and made the city a regional hub for his liberal Open Society Foundations (OSF) grant-making network, which funds over 60 NGOs in Hungary.

But as Hungarian Prime Minister Viktor Orban's vision of illiberal democracy threatens to go global, Soros, 86, has been declared persona non grata in Hungary, and his "open society" ideals are under siege. In mid-January Orban's Fidesz party deputy singled out three Soros-funded NGOs - the human rights organization the Helsinki Committee, the Hungarian Civil Liberties Union TASZ and anti-corruption body Transparency International - to be "swept out." The subject has been placed on the legislative agenda for the spring.

This week DW met with an OSF employee in a downtown Budapest cafe.  After he had slipped his mobile phone into a black Faraday bag - a device that prevents cyber surveillance by blocking electromagnetic signals - we spoke of the potential impact of the Trump victory on Orban’s NGO policies and the success of the black propaganda campaign against Soros, who openly supports the settling of refugees in Hungary. Even the possibility of some organisations relocating to a less hostile country is a subject of discussion inside the OSF, he revealed. However the following day the OSF press department veto the publication of his comments. 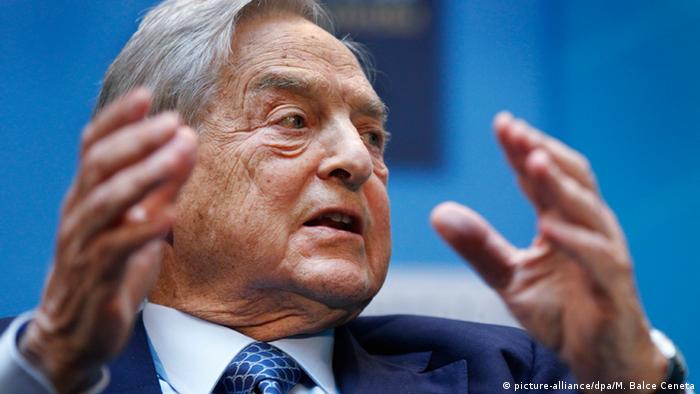 George Soros has become a bogeyman for the Hungarian government

It was instead left to Soros to comment on the Hungarian government's plans, which he called "a very serious threat." A cautious Soros read from a pre-prepared statement, explaining that "I want to choose my words very carefully because the fate of our grantees and our staff is at stake," in an otherwise free-flowing interview with Bloomberg Markets from the sidelines of the World Economic Forum in Davos, Switzerland.

Soros said “the threats being made by members of the Hungarian government against Hungarian civil society are an affront to the values of the European Union and to the commitment to the rule of law, on which it has been built over decades. Civil society is a vital component of democracy, and so is open debate about public policy. I have dedicated my foundations and my life to promoting open society: the current Hungarian government stands for the exact opposite,” Soros said. "Hungary greatly benefits from its membership of the EU: in that light the current government's attempt to intimidate and discredit civil society is totally unacceptable," Soros added, prompting applause from those watching.

Meanwhile the departing US ambassador to Hungary Colleen Bell – an Obama appointee – underlined the “great many things” Soros has done for Hungary in an interview with Index.hu yesterday. She listed Soros’s support of the Roma community and provision of scholarship funding for “talented Hungarians” as among his contributions. Several key Fidesz politicians were once beneficiaries of such scholarships, including Orban himself, giving the assault on Soros-funded NGOs an Oedipal twist.

Marta Pardavi, co-chair of the Helsinki Committee, which receives around 30 percent of its 450 million forints (1.5 million euros) in funding annually from Soros, told DW that her organization has so far only heard that they have become a focal point from the media.

"There are two strands: One will be the private asset declaration of NGO leaders. The other thing is to target the NGOs that receive a high proportion of their sources from a foreign government," Pardavi said.

Opposing foreign government involvement in Hungary's affairs has long been one of the Orban's flagship policies. Recently the prime minister said that under President Barack Obama, the US employed "the crudest methods of interference."

Orban, for his part, placed a full-page pro-Remain advertisement in the UK's "Daily Mail" newspaper in the week of the Brexit referendum, which Hungarian government spokesman Zoltan Kovacs said could not be construed as foreign government interference.

"That was an opinion and not concrete interference, because we were not trying to influence or involve politicians or civil groups," Kovacs told DW. "That was clear and responsible government." 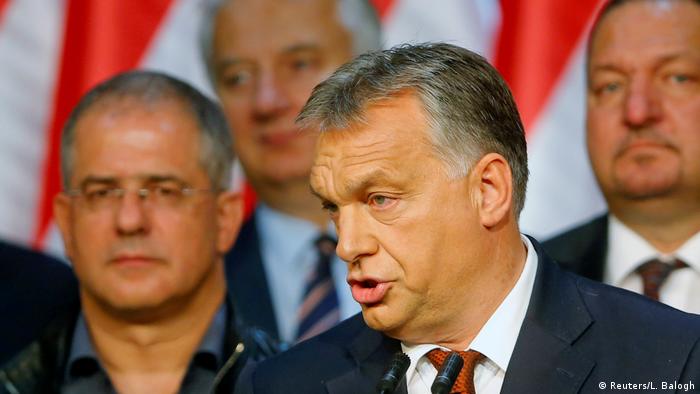 Orban, who was the first government leader to back Trump's US presidential candidacy, is happy to see his predecessor leave the White House.

A long-held grievance has been a reference Obama made to Hungary's treatment of NGOs in a 2014 speech. "From Hungary to Egypt, endless regulations and overt intimidation increasingly target civil society," Obama told the audience at a fundraiser.

In the Trump era, Kovacs said, a new line would be drawn between "elected politicians" and civil organizations that "influence or make politics in an illegitimate or unlawful way. You don't have to think about Turkey or Russia - think about the US," he added.

When in opposition, however, Fidesz regularly engaged in civil actions. Fidesz Human Resources Minister Zoltan Balog, for example, protested "the alleged violation of human rights at state level and the application of double standards" in Parliament in 2009, having co-founded the "Freedom Circle" NGO two years earlier. Moreover, Fidesz regularly cited Transparency International reports and even called for state awards for TASZ and the Helsinki Committee.

Back then, Pardavi noted, "they found our critical remarks to be fact-based and unbiased."

"Ten years ago it was completely different," argued Kovacs. "Helsinki was trying to do its job on a voluntary basis based on civil benefit, on a grassroots level. In the last six years we see that civil groups are engaged in politics, and that's a problem," he added.

The Helsinki Committee was one of 62 Norway Grants-funded NGOs targeted by the Orban government in 2014. After office raids and extensive audits, however, no irregularities were uncovered. 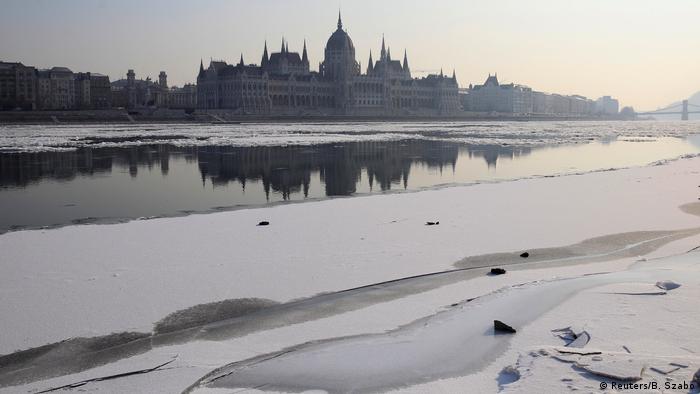 In the meantime, Pardavi told DW, many of the targeted NGOs had formed an informal alliance and advocacy forum called Colop (Pile), which had drawn up a 64-page policy paper with suggestions for transparency. She said the government had chosen to ignore the paper.

Another NGO expected to be in the government's sights again is the investigative journalism website Atlatszo (Transparent). Editor-in-chief Tamas Bodoky told DW that, if faced with an onslaught "we will defend ourselves and attack our adversary. If they demand transparency, let's start on them, on taxpayers' money - we will push this revolutionary idea."

Bodoky added: "We are already transparent and publish our income sources.

"They have many NGOs and media outlets which are 100 percent government-financed. We are much more transparent than their "gongos" [government organized NGOs]. If they want to repeat the Norway war, we need to use their own arguments against them. I will have my colleagues compile a list of gongos and publish."

Pardavi said the NGOs would need to see the bill to push out NGOs and determine whether it complied with EU law or whether "there is some sort of discrimination against receiving funding," adding that: "It is hard to curtail financial transactions in the EU."