Years of frosty relations between the United States and Hungary could be at an end. US President-elect Donald Trump spoke highly of Viktor Orban, one of his biggest fans in Europe, despite a shakey record on democracy. 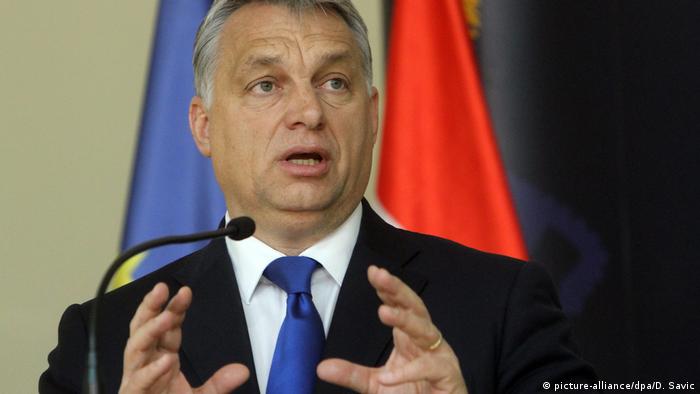 US President-elect Donald Trump praised Hungarian Prime Minister Viktor Orban in a phone call that could signal an end to a diplomatic rift between the two nations.

In recent years, senior US and European critics have accused Orban of undermining democratic checks and balances using sweeping reforms after his 2010 landslide election victory.

But Trump's comments indicated a softening of that stance.

"I spoke on the phone with the new US president and I can say that our position has improved remarkably," Orban was quoted as saying in an interview with business daily "Vilaggazdasag," which was published late Thursday.

"Donald Trump has made it clear that he regards Hungary highly.

"He invited me to Washington, I told him that I hadn't been there for a long time as I had been treated as a 'black sheep,' to which he replied, laughing: 'Me too.'"

Fans of walls and fences

Both leaders have come out in support of building walls on their borders to keep out migrants, with Orban actually creating a barrier along much of the Hungarian border with Serbia and Croatia.Orban has also been criticized by other European leaders for his strict rejection of national quotas when it comes to housing refugees and asylum-seekers. 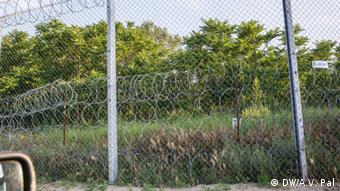 Orban put up fence to keep out migrants, Trump has promised a wall for the USA

Before Trump's call, relations between the United States and Hungary had long been tense with Washington often accusing Orban of eroding democratic values in Hungary.

Outgoing US President Barack Obama and former presidential candidate Hilary Clinton both warned Hungary against clamping down on the judiciary, freedom of the press and civil society organizations.

And at a 2011 press conference Clinton, then the US secretary of state, criticized the lack of democratic freedoms in Hungary, a NATO ally and member of the European Union, as Orban stood by her side.

During the US election campaign, Orban was the first EU leader to endorse Trump, supporting his position on immigration and security.

Orban, 53, was also one of the first world leaders to congratulate Trump after his surprise victory, saying the result marked the end of a period of "liberal non-democracy."

Orban told "Vilaggazdasag" that with Trump the United States will have a president who is "not ideologically restricted, but an open person."

"He is much more interested in success, efficiency and results than in political theories.

"This is good for us, as the facts are with us," Orban added. "The economic cooperation has always been good, only the ideologies presented obstacles.

"I sensed that he knows that Hungarians are a brave and freedom-loving people, who in the last six years have achieved outstanding economic results."

American companies have invested more than $9 billion (8.5 billion euros) in Hungary since the fall of communism, but bilateral trade remains low.

On Sunday, Hungarians will vote on an EU-wide distribution of refugees. One thing is clear: the isolationist stance in the country is spreading.

Every year the far-right wing of the Republican party holds CPAC, a political conference to help elevate up-and-coming members of the party and prioritize their agenda. This year's high-profile guests will be Donald Trump and Viktor Orban.