A new report from human rights group Amnesty International has accused Budapest of allowing police to abuse refugees. It also suggested that the government has purposely made applying for asylum difficult. 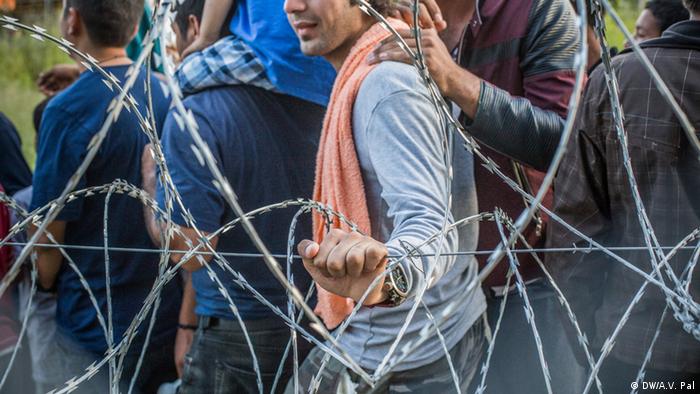 Amnesty International accused Hungary of fomenting xenophobia and mistreating refugees in a new report published on Tuesday. A raft of new measures introduced by Budapest in July are "blatantly designed" to prevent refugees from seeking asylum, the rights group said.

The new rules mean that Hungary will only process 15 asylum claims a day, and only a two specific checkpoints at the Serbian border - the rest of the frontier being cut off by a barbed wire fence. The move has left thousands stranded on the Serbian side of the line. Reception centers and integration programs have also been defunded or shut down.

The "Stranded Hope" report also contains stories relayed to Amnesty International of beatings and forced returns to Serbia after being chased by police dogs.

Dalhuisen was referencing an upcoming vote meant to bolster support for Prime Minister Viktor Orban's refusal to entertain the idea of splitting refugees through the European Union based on a quota system. In the run-up to Sunday's referendum, the government has plastered the country with billboards and ads in support of their cause.

Budapest: No evidence of police abuse

Zoltan Kovacs, a spokesman for Orban called the claims of police abuse "sheer lies," adding that the government had already investigated the reports and found them to be false. He added that integration assistance and reception centers had to be closed "because migrants very consciously misuse the existing system."

In a call that has been echoed by other groups, such as Human Rights Watch, the Amnesty International report asked European leaders to "robustly challenge Hungary's breaches of EU law," lest it influence other European nations.

Traveling along the Balkan route one year on

Last year, hundreds of thousands of refugees traveled north via the Balkan route. How are things now that the mass movement has subsided? Mariya Ilcheva retraces the trail through Greece, Bulgaria, Serbia and Hungary. (26.08.2016)