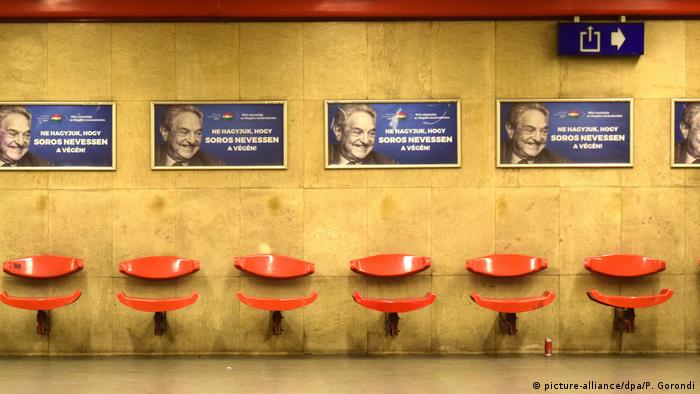 The European Court of Justice (ECJ) ruled Thursday that a Hungarian law concerning the foreign funding of non-governmental organizations (NGOs) was illegal.

"Hungary's restrictions on the funding of civil organisations by persons established outside that member state do not comply with the Union law," the Luxembourg-based court said in a statement.

The law was passed by Prime Minister Viktor Orban's conservative government in 2017. It states that NGOs receiving donations above a certain amount that come from abroad must register with the Hungarian authorities. The information is published online.

However, the court found that the practice introduced "discriminatory and unjustified restrictions" on the organizations affected, as well as their backers.

Read more: My Europe: For nationalists, NGOs have become the new enemy

The judges argued that the rules were in breach of the EU-enshrined right to the free movement of capital, as well as rights to the respect for private and family life, the protection of personal data and freedom of association.

Critics of Orban say the law is tailored to target US billionaire George Soros, a Hungarian-born businessman who funds causes that support democracy and human rights globally.

The Hungarian government law was necessary for combating crime and terrorism. However, Orban's chief of staff Gergely Gulas told a weekly news conference that Hungary would respect the European ruling.
"We have respected the decisions of the Court of the European Union until now, so we will respect them in the future as well," he said.
However, Amnesty Hungary head David Vig said the landmark decision dealt "a blow to Hungarian authorities' efforts to stigmatize and undermine civil society organizations that criticize government policy."
Vig said the law was "never really about fighting money laundering and international terrorism, as the Hungarian government claimed ... (but) a blatant attempt to muzzle critical voices."

The Hungarian Prime Mínister has repeatedly clashed with European partners over authoritarian policies during his 10-year period in office.

Most recently, he was threated with legal proceedings over new laws to contain the spread of the coronavirus.

However, on Thursday Orban formally gave up the power to rule by decree.

Anti-Semitic authors will soon be compulsory reading in Hungarian schools, and history books will be rewritten to promote pride in the nation. Viktor Orban's controversial new school curriculum is drawing outrage. (31.03.2020)

Hungary's emergency powers law, which gave the government sweeping powers, was introduced to fight the COVID-19 pandemic. But in an interview with DW, legal scholar Gabor Halmai said he fears the law is here to stay. (14.05.2020)