Rescuers have been searching for survivors after at least two boats sank off the coast of Libya. An aid organization that found five bodies in the sea said hundreds more may have perished beneath the waves. 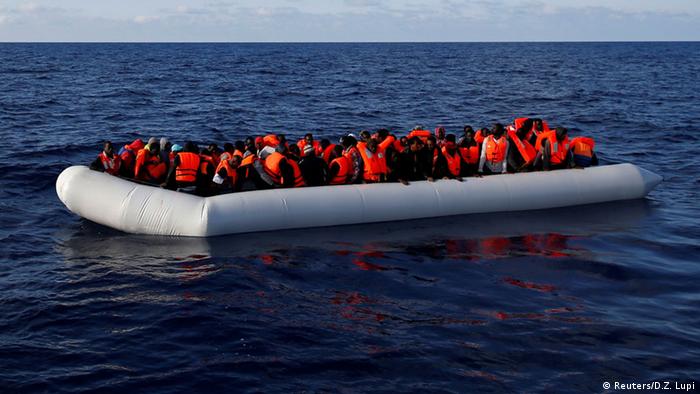 The Spanish-based aid organization Proactiva Open Arms said it was notified that an inflatable vessel had sunk, and said it found another boat sinking when it arrived at the scene.

"We brought on board five corpses recovered from the sea, but no lives. It is a harsh reality check of the suffering here that is invisible in Europe," the group wrote on Facebook.

Read - Saving lives at sea: How the Astral rescued hundreds in one day

Proactiva spokeswoman Laura Lanuza said that - given the normal practice of filling boats to overcapacity - it was estimated there were probably 100 people in each boat.

"We don't think there can be any other explanation than that these dinghies would have been full of people," Lanuza told the AFP news agency. "It seems clear that they sunk."

"In over a year we have never seen any of these dinghies that were anything other than packed."

Lanuza said the bodies were of African men between the ages of 16 and 25. 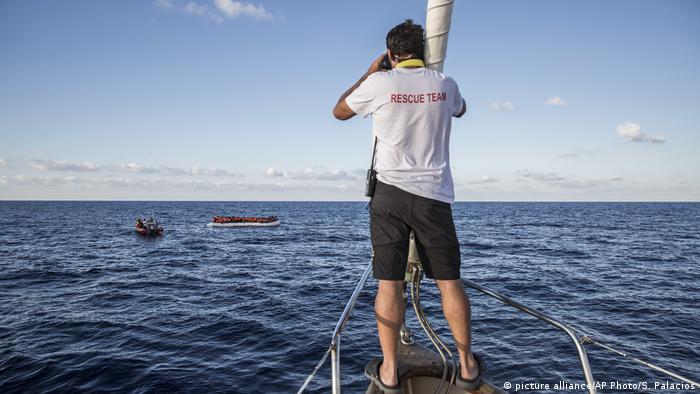 Top diplomats from the EU and North Africa have called for a joint effort to rein in the migrant influx to Europe. The Libyan government reportedly asked for helicopters and boats to patrol its coastline. (20.03.2017)

More than 5,000 people have been taken to Italy since Sunday, meaning that the number brought there since the start of the year had increased to 21,000.

Despite winter weather, migrant departures from Libya have accelerated in recent months. Prior to the latest incident, the UN refugee agency said it estimated some 440 migrants had died in attempts to make the crossing the Mediterranean Sea from Libya to Italy since the start of the year.

Italy has already increased cooperation with the Libya to stop boat departures and ensure Libya's coastguard turns back vessels before they reach international waters. The plan also entails help for the former colony to upgrade holding camps in Libya, for migrants to be deported to their countries of origin.

However, the moves have by some human rights organizations because of the squalid conditions in camps and the inherent instability of Libya itself.

Officials from Europe and North Africa met on Monday to discuss a joint effort to rein in the migrant influx to Europe. The Libyan government reportedly asked for helicopters and boats to patrol its coastline.