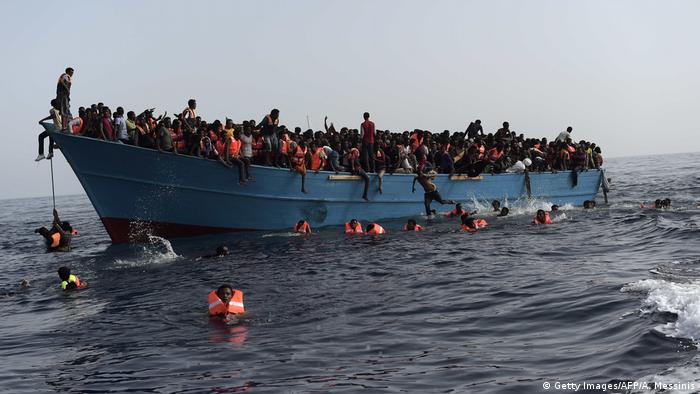 Increased efforts to rescue migrants off the coast of Libya have failed to minimize the death toll as smugglers, knowing the migrant will be picked up, are sending more and more people out to sea in increasingly rickety rafts, according to Frontex, the European Union's border control agency.

Migrant deaths along the Libya-to-Italy smuggling route, across the Mediterranean Sea, rose to 4,579, a record level, in 2016. Leggeri called it "tragic and the reasons are well known: the number of migrants now [arriving] on very small dinghies."

About a fifth of the search and rescue operations between Italy and Libya are now carried out by NGOs.

"A year or two ago, they were taking place halfway between Libya and Italy. Now it's in Libyan waters, very close to the Libyan shore," Leggeri said.

A Frontex report  - "Risk analysis for 2017" - on the crisis said smugglers have grown more bold and reckless, knowing that rescue boats will be on the edge of Libya's territorial waters.

"Dangerous crossings on unseaworthy and overloaded vessels were organized with the main purpose of being detected" by military, EU or civilian vessels ready to pluck desperate migrants out of the water if necessary.

"Apparently, all parties involved in [search and rescue] operations in the central Mediterranean unintentionally help criminals achieve their objectives at minimum cost, strengthen their business model by increasing the chances of success," the report said.

The report said migrants and refugees setting off on the dangerous voyage were "aware of and rely on humanitarian assistance to reach the EU."

Leggeri said smugglers along the lawless Libyan coast packed about 100 people onto small boats in 2015 then increased that to 160 per boat last year. He said that, along with a decrease in food and survival equipment like life vests, it was a prime reason for the high number of casualties.

The flow of migrants remains strong, even during the winter. There were 228 recorded deaths in January, by far the month's highest total in recent years.