A plan to keep migrants from crossing the Mediterranean Sea has been agreed on by EU leaders at their Malta summit. Rights groups warn the policy will confine asylum-seekers to inhumane conditions in Libya. 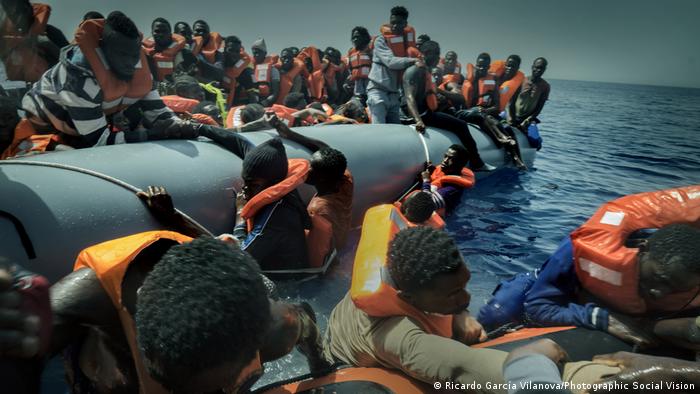 EU leaders on Friday adopted tactics to foil traffickers who have steered more than half a million mainly African migrants across the Mediterranean Sea toward Europe over the past three years.

The plans include boosting Libyan coast guard interceptions of the often unseaworthy boats traffickers load migrants onto, the setting up of "safe" refugee camps in Libya, and "voluntary" repatriations for refugees persuaded to return to their countries of origin.

EU foreign policy chief Federica Mogherini said the plan aims to "decrease loss of life at sea and in the desert" of southern Libya.

Summit participants also noted an accord reached on Thursday between Italy and Libya, including coast guard training and medical services for camps. 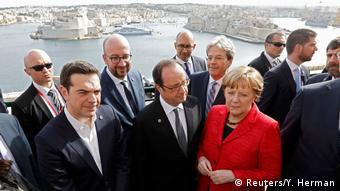 German Chancellor Angela Merkel welcomed the plans and said that a European solution to the refugee crisis was beginning to take shape. Europe's destiny was "in its own hands," said Merkel, who on Thursday had visited Turkey, which since March 2016 has largely shut the Aegean-Balkans route in a multibillion-euro deal with Brussels.

However, she warned that "a lot of work still remains to be done," adding that increased cooperation with Libya's regional neighbors was imperative.

The summit also focused on deep policy discord between the EU and US President Donald Trump, including his temporary bans on accepting all refugees and migrants from seven mostly Muslim nations.

Common EU policies on asylum and migration were aims stated in the bloc's Lisbon Treaty signed in 2007 but were not initially implemented.

Fatalities during the past three winter months had averaged 15 a day, said the UN Refugee Agency. Among the unprecedented 1,354 who died were 190 children, according to UNICEF.

As leaders met Friday in Malta, the crews of civilian rescue ships off Libya said efforts to save people, including babies, remained an "absolute nightmare."

Traffickers were sending them offshore in increasingly unseaworthy vessels to maximize profits, rescuers said. On the eve of the summit alone, more than 1,750 migrants had been rescued.

Sending asylum-seekers, especially children, back to Libya - a country described as a "living hell" - was not a solution, said the British charity Save the Children.

"The Libyans shoot us like dogs," Boubacar, a 17-year-old Guinean, told the French charity SOS Mediterranee.

Libya remains only a fledgling state, divided between militias, with a UN-backed Tripoli-based government that only controls sections of the country's vast coastline.

"The decisions taken at Friday's summit could literally mean the difference between life and death for thousands of children transiting or stranded in Libya," said UNICEF Deputy Director Justin Forsyth.

UN High Commissioner for Human Rights Zeid Ra'ad Al Hussein stressed the principle of not sending people back to countries where they may face torture, persecution or threats to their lives, saying this was a "cornerstone of international human rights and refugee law."

Referring to Trump's ban on refugees and some migrants, French President Francois Hollande said European countries had to "realize that their future is first in the European Union, rather than who knows what bilateral relation with the United States.