‘EU should not support Libya in detaining migrants’ | Europe| News and current affairs from around the continent | DW | 03.02.2017

The EU's strategy to stem the flow of refugees from Libya will unfortunately include condoning and facilitating detention centers, says international migration expert Niels Frenzen. 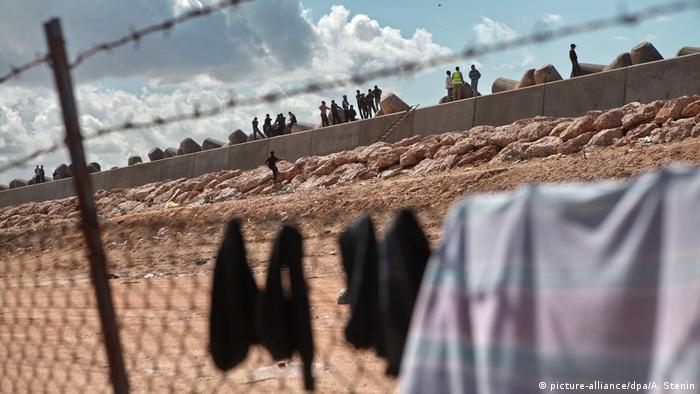 A migrant detention center in Benghazi

EU heads of states are gathering in the Maltese capital of Valetta to discuss, among other issues, strategies to stem the flow of migrants from North Africa, especially Libya.

Niels Frenzen, director of the Immigration Clinic at the University of Southern California explains the European Union’s current policy on refugees and how the bloc seeks to reduce the flow of migrants from these areas.

DW: Where does the EU's migration policy regarding Libya and other North African countries currently stand? 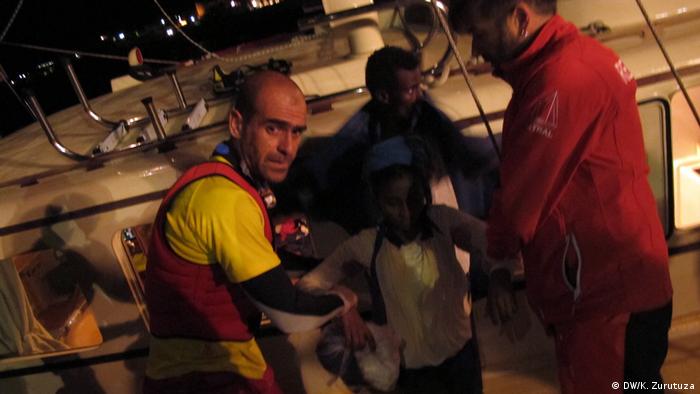 Under current laws, if an EU vessel intercepts a migrant boat in international waters, the migrants are entitled to seek asylum and other protection under EU law

What decision can be expected from the summit on Friday and what steps are EU members expected to take to stem the number of refugees arriving from this area?

Presumably, the EU heads of state will approve most or all of the recommendations that have been presented by Mogherini. The recommendations will pertain to continuing Operation EUNAVFOR Med/Operation Sophia, continuing and increasing training for the Libyan Coast Guard, increasing cooperation on surveillance and border controls at sea and along Libya's southern border, and providing support for managing migrants within Libya. Ultimately, if and when fully implemented, the EU is seeking to stop the movement of migrants from Libya towards the EU.

Do you think the suggestion to set up detention centers in Libya and North Africa will make the situation better?

On the one hand, we have to define what is meant by making the situation better. The EU unfortunately sees the use of detention centers as a part of the management of migration in and through Libya. From an operational perspective, some will argue that detaining migrants makes it easier to stop them, dissuade them from coming, and makes it easier to deport them.

From a legal perspective, detention can only be used under very limited and exceptional circumstances and then only for short periods of time. The EU has long funded detention centers in Libya and the horrendous and dangerous conditions in these centers are well documented.

The EU should not be supporting or facilitating Libya in detaining migrants.  Unfortunately the recommendations that will be considered at the summit include proposals that condone and facilitate the continued operation of the migrant detention centers. The proposed recommendations include calls for "ensuring adequate conditions," minimizing the detention of women and children, and working to facilitate access by UNHCR and IOM. By supporting Libya and Libya's use of detention, the EU is condoning human rights violations of those who are detained.

How will the crisis in Libya - with two governments fighting for dominance - affect the condition of people fleeing the conflict?

Most of the migrants departing Libya by sea are not directly fleeing the conflict in Libya. They are certainly affected by it and are in danger because of the conflict, as are most Libyans, but they are instead in transit through Libya from third countries or Libya was their destination and they are now seeking to depart Libya due to the fighting, lack of work, or both.

The unrest, fighting and lack of a strong central government make it easier for human smugglers to operate and the civil unrest is certainly one of the reasons why large numbers of migrants continue to leave Libya by sea.

Libya as way station for refugees

Libya as a way station for refugees

And following from the above question, do you think an EU migration policy solely focused on refugees will have an impact?

All migrants are entitled to the respect of their human rights and any migration policy should stem from a human rights perspective. This means that migrants at a minimum need to be treated according to their individual circumstances, are to be protected based on those individual circumstances, and are entitled to access to legal advice. EU law, the ECHR, the [Geneva] Refugee Convention, and other international laws govern the specifics of how a migrant is to be treated.

Many migrants in the end will not be entitled to any forms of legal protection and may then be legally deported.

Refugees often flee their homelands - like Eritrea, Ethiopia and other African countries - and come to Libya to try and make it to Europe. What kind of prospects do these migrants have if they are detained in Libya and not allowed to travel further?

This precise situation is why what the EU is trying to do in Libya is so problematic. If Libya was a functioning country and had a meaningful system for considering claims for asylum and other required forms of international protection, this would not be a problem. Migrants intercepted in Libya or intercepted at sea by the Libyan Coast Guard or by EUNAVFOR MED/Operation Sophia and returned to Libya would not be in danger. 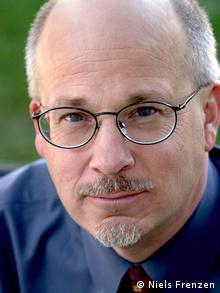 Niels Frenzen is the director of the Immigration Clinic, USC Gould School of Law, University of Southern California

To expand on this thought, the EU is currently trying to replicate in Libya what the EU has done most recently with migrants leaving Turkey by sea and what the EU did in West Africa beginning in 2006 at the time when large numbers of migrants were leaving Mauritania and Senegal for the Canary Islands.

Frontex deployed Operation Hera beginning in 2006. Spanish and EU patrol boats initially patrolled international waters and then, as diplomatic agreements were negotiated, moved the EU patrols into the territorial waters of Mauritania and Senegal, and ultimately trained the Mauritanian and Senegalese coast guards to take over the patrols. The EU built and funded a special detention center in Nouadhibou, Mauritania to detain the intercepted migrants. This was an aggressive migration control operation which eventually halted the movement of most migrant boats from West Africa.

The EU wants to replicate this practice with Libya. The EU is training the Libyan Coast Guard with the plan that the Libyans will at some point in the near future have the capability of intercepting migrant boats in Libyan territorial waters and transporting the migrants back to the country, thus cutting off the ability of the intercepted migrants to seek asylum or other forms of protection under EU law.