Meng Wanzhou's lawyers say her constitutional rights were violated when she was detained and interrogated in December. Extradition proceedings are due to start soon in a case that could take months or years to resolve. 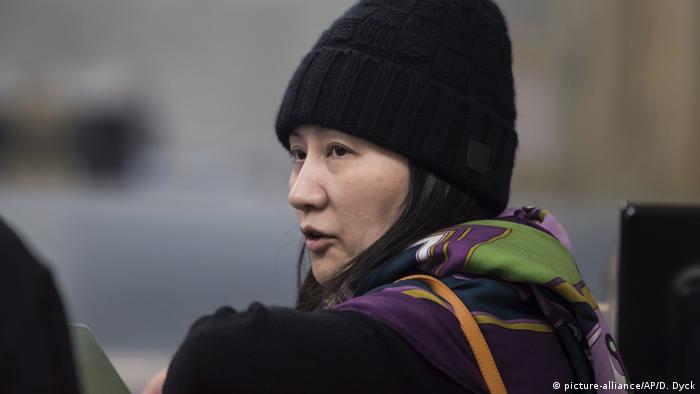 Huawei Chief Financial Officer Meng Wanzhou is suing the Canadian government, the border agency and the federal police over her arrest, her lawyers said on Sunday.

In a civil lawsuit filed in the British Columbia Supreme Court, Meng's lawyers alleged that her constitutional rights were violated when she was detained, searched and interrogated for three hours.

Meng's lawyers argue that Canadian authorities interrogated her "under the guise of a routine customs" check and that they seized and searched her electronic devices after obtaining her passwords.

"This case concerns a deliberate and pre-meditated effort on the part of the defendant officers to obtain evidence and information from the plaintiff in a manner which they knew constituted serious violations of the plaintiff's rights," the suit states.

Canadian authorities arrested Meng, the 47-year-old daughter of Huawei's founder, while she was changing planes at Vancouver's airport on December 1.

The arrest was requested by the United States, which has charged her and Huawei with stealing trade secrets and technology as well as committing fraud to violate American sanctions against Iran.

Meng is currently out on bail and living in one of her two houses in Vancouver under house arrest. She is due to appear in court on Wednesday where a date will be set for her extradition hearing.

On Friday, the Canadian government allowed the case to extradite her to the US to proceed. It could be several months or even years before her case is resolved due to the numerous opportunities to appeal.

The arrest has led to a sharp decline in relations between Canada and China, with Beijing claiming the US charges are a politically-motivated attempt to hurt Huawei.

China has also arrested Canadian diplomat Michael Kovrig and Canadian entrepreneur Michael Spavor in a move that was seen as retaliatory.