Huawei CFO Meng Wanzhou faces extradition to the United States, where she has been charged for violating Iran sanctions. She is currently under house arrest in Vancouver, awaiting her extradition hearing. 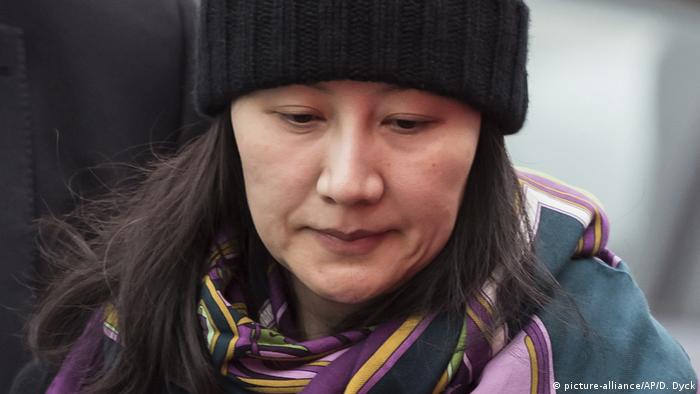 The Canadian government has allowed for the extradition process of Huawei's chief financial officer, Meng Wanzhou, to proceed, Canada's Department of Justice said on Friday.

She was arrested in Vancouver last December and has been living in one of her two mansions under house arrest. The United States has requested the extradition of Meng, who has been charged, along with Huawei, with stealing trade secrets and technology and conspiring to violate US sanctions in Iran.

Meng, the daughter of the tech giant's founder, Ren Zhenfei, is due to appear in court on March 6, at which time the date of her extradition hearing will be set.

Because Canada's justice system allows many decisions to be appealed, it could be years before Meng is ever extradited to the US.

US President Donald Trump, who has waged a trade war with China, has said that he would intervene in Meng's case if it served national security interests or helped secure a trade deal with Beijing.

'Innocent of any wrongdoing'

Meng's lawyers said they were disappointed in the Canadian decision and described the US charges as politically motivated.

"We are disappointed that the Minister of Justice has decided to issue an Authority to Proceed in the face of the political nature of the U.S. charges and where the President of the United States has repeatedly stated that he would interfere in Ms. Meng's case if he thought it would assist the U.S negotiations with China over a trade deal," David Martin, Meng's lawyer, said in a statement.

"Our client maintains that she is innocent of any wrongdoing and that the US prosecution and extradition constitutes an abuse of the process of law," the statement continued.

China's embassy in the Canadian capital, Ottawa, also expressed discontent with the decision.

"The Chinese side is utterly dissatisfied," the embassy said in a statement. "This is not a merely judicial case, but a political persecution against a Chinese high-tech enterprise."

Ottawa has rejected requests from China to release Meng, saying it cannot interfere with the judiciary.

Meng's case has ignited a diplomatic feud between China and Canada.

A week after Meng's arrest, China detained former Canadian diplomat Michael Korvig and Canadian entrepreneur Michael Spavor for allegedly endangering national security. Neither have had access to a lawyer since being arrested.

A Chinese court also sentenced a Canadian drug trafficker to death after a sudden retrial, overturning a 15-year prison term.