Huawei vows US 'can't crush us'

The founder of Huawei has dismissed claims his company spies for the Chinese government and said that the world cannot do without his company's "more advanced" technology. 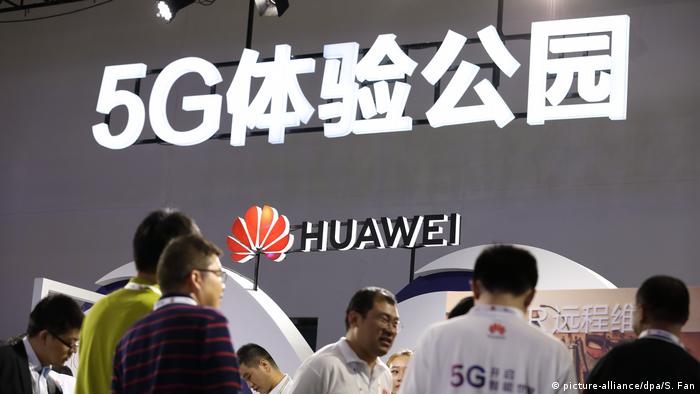 The founder of Huawei on Monday claimed there were political motivations behind the arrest of his daughter, Huawei Chief Financial Officer Meng Wanzhou.

"Firstly, I object to what the US has done. This kind of politically motivated act is not acceptable," Ren Zhengfei told the BBC in his first broadcast interview since the arrest. "The US likes to sanction others, whenever there's an issue, they'll use such combative methods."

"We object to this. But now that we've gone down this path, we'll let the courts settle it."

Meng was arrested in Canada in December at the behest of the US, charged with violating US sanctions against Iran through bank and wire fraud. She is facing trial to determine if she will be extradited.

In his Monday interview, Huawei founder Ren went on to deny accusations that his company was involved in espionage for the Chinese government, potentially by installing so-called backdoors that would compromise communications routed through Huawei network hardware.

"We're not going to risk the disgust of our country and of our customers all over the world, because of something like this."

"Our company will never undertake any spying activities. If we have any such actions, then I'll shut the company down."

The claims of espionage links have led to Huawei being rejected or side-lined for 5G infrastructure rollouts in US allies around the world, or having its bids heavily scrutinized.

But Ken was confident on Monday that his company would survive the assault.

"There's no way the US can crush us," he said. "The world cannot leave us because we are more advanced. Even if they persuade more countries not to use us temporarily, we can always scale things down a bit."

Chinese telecom giant Huawei would like to help build up Germany's 5G mobile network, but concerns abound about the firm's closeness to Beijing and the potential for spying. Germany is not alone in its fears. (06.02.2019)

US may limit ties with nations partnering with Huawei

US Secretary of State Mike Pompeo says Washington may scale back certain operations in Europe and elsewhere if countries continue to do business with the Chinese telecommunications giant Huawei. (11.02.2019)