How Yemen′s solar power revolution could drain the whole country of water | Middle East | News and analysis of events in the Arab world | DW | 28.04.2021

During the war, Yemenis have turned to solar power for homes and hospitals as well as water pumps. But new research says that too much water is being pumped and the whole country is at risk. 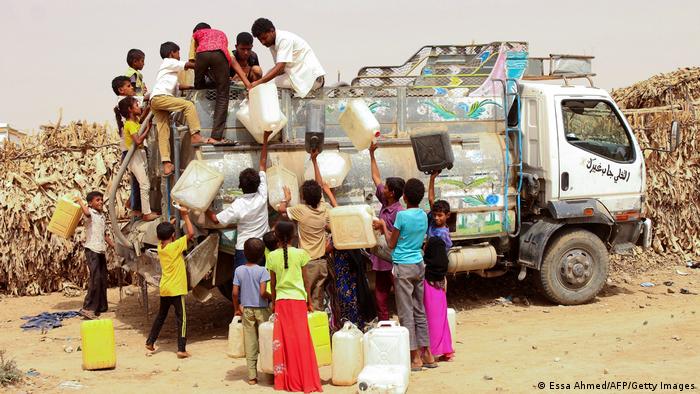 Not much good news has come out of Yemen since the country's civil war began in late 2014. But one thing generally seen as positive has been the country's overwhelming adoption of solar power.

A paper by the Berlin-based Energy Access and Development Program (EADP) describes Yemen's move to solar power as a "revolution."

Even before the current conflict started, the country was described as "energy poor" compared to other Middle Eastern nations. Then, during the ongoing conflict, over half of the country's electricity infrastructure was damaged and official power supplies plummeted further.

At first, locals substituted this loss with their own, often-diesel-powered generators. But after fuel supplies became more difficult to access because of blockades, and diesel prices rose accordingly, many Yemenis have been forced to switch to solar power.

According to the EADP, which focuses on access to clean and affordable energy, solar power went from being a niche product, used in just a few households in 2012, to the main source of energy for Yemeni households. From 2016 onwards, its use has rocketed: "75% of the urban population and 50% of the rural population are estimated to receive solar energy," EADP researchers concluded. That even included some communities that had never had electricity before. 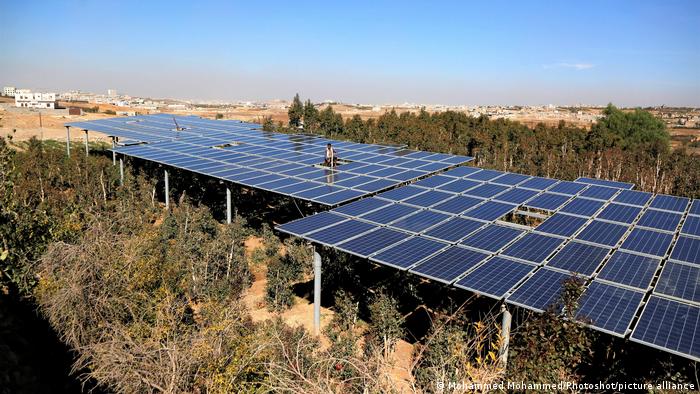 The solar power revolution in Yemen has clearly saved lives — it has, for example, powered hospitals and medical clinics. It has also transformed lives. Young Yemeni women have made international headlines for setting up solar micro-grids for their own communities, a UN study suggests that solar-powered schools have reduced pupils' drop-out rates, and farmers have replaced polluting diesel generators with solar-powered pumps to irrigate crops.

Unfortunately this is where the story takes a darker turn. A report published this week by the Conflict and Environment Observatory in the UK has concluded that, while the lights may be on all over Yemen now, very soon there might be no water. And, they suspect, it is solar power that is to blame.

The organization, known as CEOBS, uses open source information to monitor the impact conflict has on the environment. CEOBS researchers Leonie Nimmo and Eoghan Darbyshire actually started their work in Yemen in 2019, looking at agriculture and also at groundwater — that is, water trapped underground in soil and rocks, rather than rain or river water —  using satellite remote sensing. 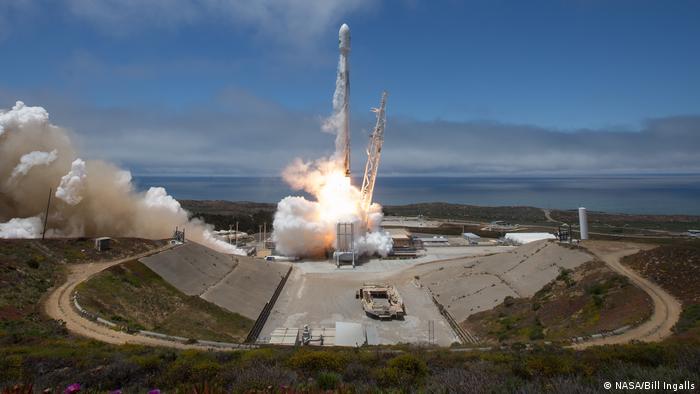 The latest version of NASA GRACE satellite launched in 2018

To remotely sense groundwater, CEOBS used a set of satellites called GRACE, short for the Gravity Recovery and Climate Experiment, first launched by NASA in 2002. The satellites don't take pictures of waterways, instead they measure the world's water movements — things like melting ice caps and ocean levels — by measuring earth's gravity.

Whenever a mass shifts, it changes earth's gravity just a little. When there's less groundwater, there's also less mass. The GRACE satellites are affected by earth's gravity while in orbit so when gravity changes, they move a little. The satellites register this movement and relay that back to scientists on earth, who convert the data to track changes in water.

The CEOBS researchers were using satellite remote sensing when they discovered that groundwater in western Yemen was at its lowest level since satellite records started in 2002. It was only later that they concluded that the increased availability of solar power was probably playing a big part in those worryingly low levels.

As one of the most water-poor countries on earth, Yemenis are heavily dependent on groundwater. When people there were using diesel-powered pumps to get water out of the ground, fuel was expensive, so the pumps couldn't be run for so long. This led to reductions in crops and played a part in the current famine. 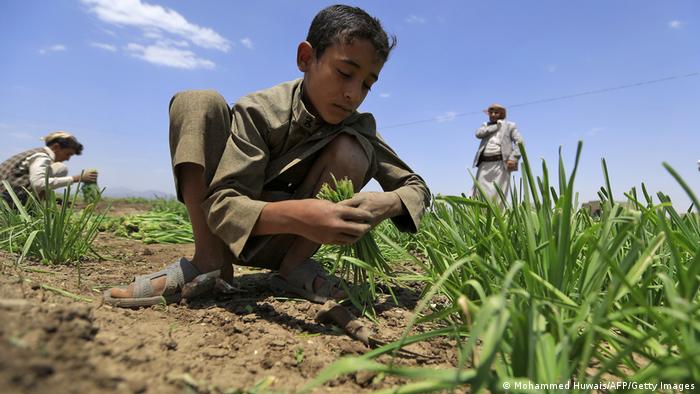 However solar-powered water pumps can keep running as long as the sun shines and, once set up, they're almost free. This was better for agriculture, emissions and the environment, but far worse for groundwater levels.

Groundwater may run out

Nimmo and Darbyshire told DW that they came to this conclusion because of several factors. Firstly, rainfall was above average yet groundwater was still going down. "That's the opposite of what you might expect," Darbyshire said.

Secondly, there had been huge growth in use of solar panels in the country. And thirdly, statistics from Yemen officials suggested that, in 2019, there was a large increase in local agriculture after a serious decrease due to the war. The assumption was that people were watering their crops more.

The increase in solar-powered pumping is "where all the evidence was pointing," Nimmo told DW. Both researchers are certain of their findings. But they also say that to absolutely confirm their hypothesis, more research and more testing inside the country is needed, even if this is difficult because of the current conflict. 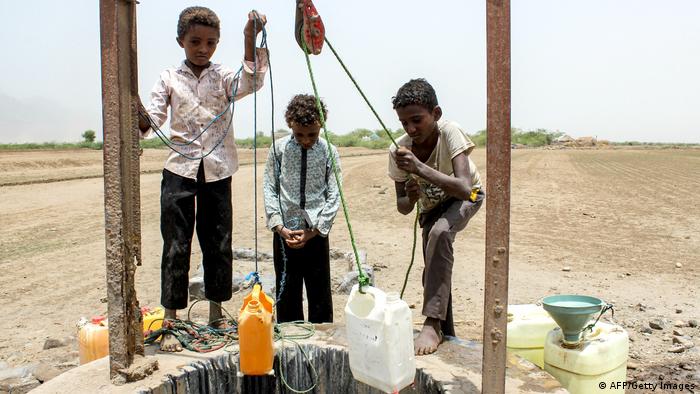 Yemenis are heavily depedent on water stored in the ground

For one thing, they say, it's hard to know when the groundwater supplies will run out or become inaccessible.

Past experience suggests that their theory makes sense, confirmed Hans Hartung, a German expert on water and energy who has consulted on this topic for governments around the world for over 30 years. In particular, this aspect of solar power has been getting more attention recently, he told DW.

Hartung authored a 2018 report by the UN's Food and Agriculture Organization on the topic and he believes we will hear more about problems with solar-powered water pumps in the near future.

For one thing, solar power technology used to be too expensive, Hartung explained. "It's only in the last four or five years that it's become more widely available," he said. And for another, climate change has meant less rain, which means more people are being forced to use groundwater for irrigation and they need to pump this out of the ground.

Hartung himself has recently been evaluating Tunisian water resources.  "There, [authorities] are very worried because they're seeing more illegal wells and more people using solar powered irrigation," he noted. "If somebody is connected to the electricity grid, then you can, for example, restrict the power supply in order to avoid excessive irrigation. But with solar power, you don't have any control anymore."

Hartung notes that some governments and aid organizations have focused on solar power without considering the potential disadvantages. "It's important to install solar power where it makes sense," Hartung argues. 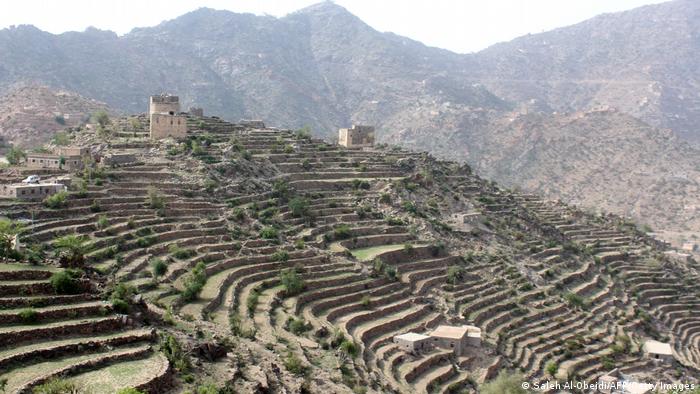 Solar power isn't the problem, added Neno Kukuric, a hydrogeologist and director of the International Groundwater Resources Assessment Center, based in the Netherlands. "The main issue is enforcement," he told DW. As his organization's online briefing on solar-powered pumps warns, "it is crucial to have clear regulations and effective monitoring of groundwater. Without a proper groundwater monitoring network it is not possible to control pumping."

All the experts DW talked with warned that the situation in Yemen is precarious. "If Yemen runs out of groundwater, they have to move," Kukuric puts it blankly. "Or they're going to die. It's as simple as that."

"But we don't want to come across as though we are against the deployment of solar power," CEOBS' Nimmo concludes. "We recognize that it's absolutely critical and the Yemeni people need it. The goal is to make water use more sustainable," she argues. "We are just calling for more expertise to be directed at the subject."

Saudi Arabia and Japan's SoftBank have agreed to partner to build a massive, multibillion-dollar solar power project in the sunshine-rich Middle Eastern kingdom, which is looking to wean off its reliance on oil.

Using solar thermal technology to convert sunlight into heat should be a no-brainer in North Macedonia. But meager subsidies and insufficient regulation have stymied projects, despite the economic benefits.