Heavy rains have brought deadly floods to Yemen's rebel-held regions, displacing more than 160,000 people. The disaster comes as the country struggles with a humanitarian crisis driven by a years-long civil war. 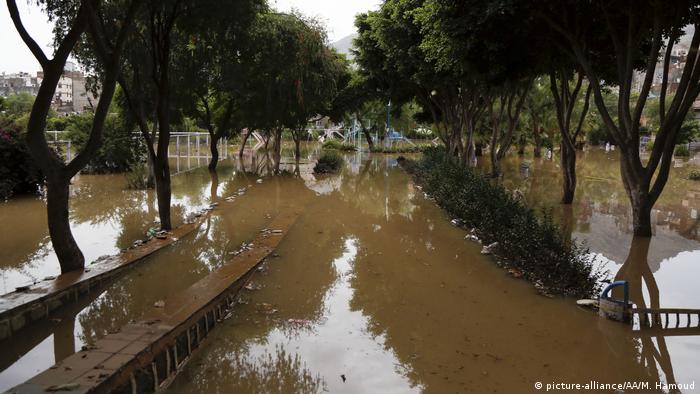 Floods in Yemen's rebel-held regions have left over 130 people dead and caused significant damage to more than 260 homes, Houthi rebels said on Sunday.

Houthi health officials said that 124 people have also been injured after torrential rains lashed parts of the country that have been under rebel control. This includes the capital, Sanaa, and its historic Old City.

Heavy flooding in the provinces of Hajjah and Hodeida has led to the displacement of over 160,000 people, reports say.

The northern Houthis have been fighting a war against the government in the south, backed by a Saudi Arabia-led military coalition, since 2015.

The conflict has driven what UN officials have described as the world's worst humanitarian disaster, with an estimated 85,000 people killed as a result of war-induced famine.

Fears are growing that the coronavirus pandemic could add pressure to the already dilapidated social and economic infrastructure in the country.

Read more: Coronavirus in Yemen: A country on the brink