Just one day after the UN Secretariat omitted Saudi-led forces from a "list of shame," an airstrike killed four children. The UN is under pressure to acknowledge Saudi Arabia's role in killing and maiming children. 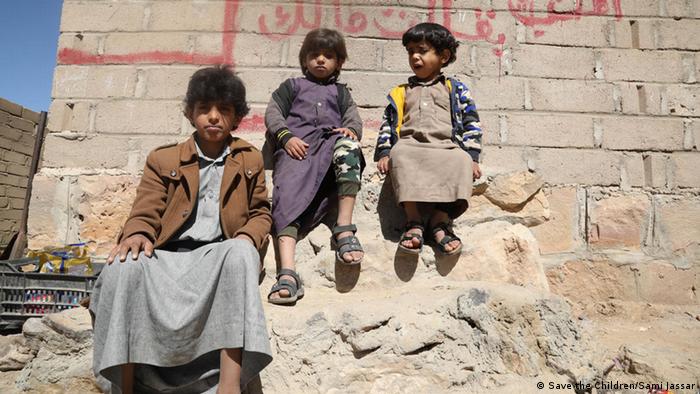 UN Secretary-General Antonio Guterres' annual report on children and armed conflict, issued at the start of the week, featured a slight tweak for the year: the Saudi-led coalition waging war in Yemen was omitted from its list of offenders.

Dubbed the "list of shame," this annex to the report names groups that fail to comply with measures aimed at ensuring the safety of children in armed conflict.

The Saudi-led coalition had been listed for the past three years. Guterres justified his decision to remove it from this year's list, saying the group had achieved a "sustained significant decrease in killing and maiming due to airstrikes."

But few are happy with the omission. 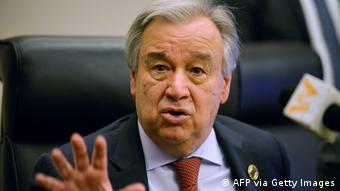 Humanitarian organizations, including Save the Children and Human Rights Watch, criticized the decision to leave Saudi-led forces and other warring parties off the list.

"After five years of war, Yemeni children are the ones who suffer the most," Yousra Semmache of Save the Children in Yemen told DW. "They are being killed and injured by the ongoing fighting, and they have been deprived of their most basic rights."

In the case of the Saudi-led coalition, it barely took one day for the group's removal to be thrown into question by events on the ground. Late Monday, coalition airstrikes killed 13 people in the northern Yemeni province of Saada, including four children.

"It's a very sad irony that this attack happened on the day that the annual UN report on children and armed conflict is coming out," said Xavier Joubert, Save the Children's Yemen director. "The attack shows that such a decision is far too premature. Children are still dying from bombs almost daily."

Humanitarian groups weren't the only ones to criticize the decision. Iranian officials accused the UN Secretariat of giving "a free pass to [the] Saudi-led coalition in Yemen, despite admitting hundreds of Yemeni children were killed by the coalition."

While the Saudi-led coalition isn't on the "list of shame," the body of the report attributed 222 child deaths or injuries to its forces in 2019.

Iran is widely seen as supporting Yemen's Shiite Houthi fighters, against whom the Saudi-led coalition is battling. The UN report claimed Houthi fighters killed or maimed 313 children last year and included the rebels on the annexed blacklist.

In comparison, al-Qaida in the Arabian Peninsula and the "Islamic State" militant groups were held responsible for the death and maiming of seven children. 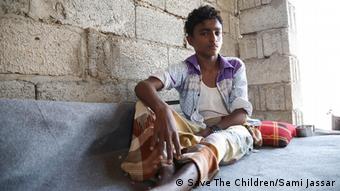 The Saudi-led coalition has called on the UN Secretariat to share details about the cases attributed to it, saying it would investigate them.

"The coalition takes any allegations of violations of civilians and children's rights seriously," a coalition spokesperson said in a statement on Tuesday. "In order to investigate the allegations attributed to it in the report, the coalition invites the UN to share with the coalition the relevant information."

It is not the first time that the Saudi-led coalition has spoken out in relation to the "list of shame." The list was initially included in the report's body. The coalition landed there in 2016, prompting threats from the Saudi government to suspend funding of UN programs. The list was subsequently buried in an annex.

Since Saudi-led forces launched a deadly aerial campaign against Houthis in 2015, tens of thousands of children have died as a result of the conflict, whether through direct attacks or war-induced disease and famine.

In 2019 alone, more than 1,400 children were maimed or killed by government forces and non-state actors, the vast majority of them from ground fighting, land mines and explosive ordnance. 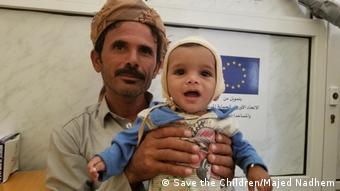 In addition to injuring and killing children, the war in Yemen has led to widespread famine

But the war on childhood doesn't stop there: Nearly 700 children have been recruited to fight in the conflict, the majority of them by Houthi forces.

"For a child, growing up in Yemen means nothing more than death and destruction," said Save the Children's Semmache.

"More should be done to deter those responsible from continuing to attack civilians, including children, and hold them accountable to their obligations under international law."

Yemen: Has the suffering all been for nothing?

With no end in sight to years of war, political chaos, or the desperate humanitarian crisis, what have thousands of civilian deaths and suffering been for in Yemen? Conflict Zone meets the country’s foreign minister. (24.02.2020)

Yemen has suffered years of civil war, poverty and cholera — and now COVID-19 is also rampant. Aid groups say the country is on the brink of collapse, but an international donor conference hopes to raise billions in aid. (02.06.2020)