Yemen: Has the suffering all been for nothing? | World | Breaking news and perspectives from around the globe | DW | 24.02.2020

Yemen: Has the suffering all been for nothing? 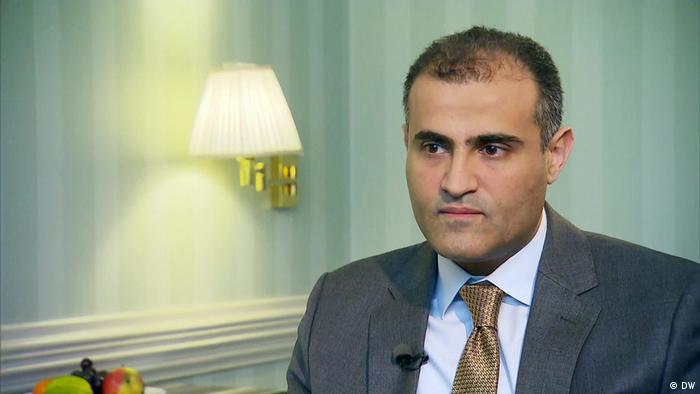 Yemen’s complex conflict, often described as a proxy war between Saudi-backed government forces and Houthi rebels supported by Iran, has triggered a humanitarian crisis the UN has called the world’s worst. Up to 24 million people — 80% of the population —are dependent on international aid.

After the unrest of the Arab Spring in 2011 and the transfer of power to Abed Rabbo Mansour Hadi from long-time strongman President Ali Abdullah Saleh, the conflict began in earnest in 2014 when Houthi rebels seized Sanaa, forcing Hadi’s government to retreat from the capital.

Following a major drone strike on Saudi oil facilities last September — with responsibility claimed by Houthi rebels but blamed on Iran — the UN envoy to Yemen said that the risk of the country "being drawn into a war between states, and not merely between proxies, is now very real."

At the Munich Security Conference in February, Yemeni Foreign Minister Mohammed Al-Hadrami told DW's Conflict Zone that peace would come and power could be shared with the Houthis, but not with guns "pointing in our face."

"We're not just going to have any peace with the Houthis," Al-Hadrami said.

"I'm not going to give the future of Yemen to those who believe that they could just, you know, take Yemen and have this divine right to rule us like what they do in Iran. We're not going to accept that."

Read more: Yemen's Houthi Rebels: Who are they and what do they want 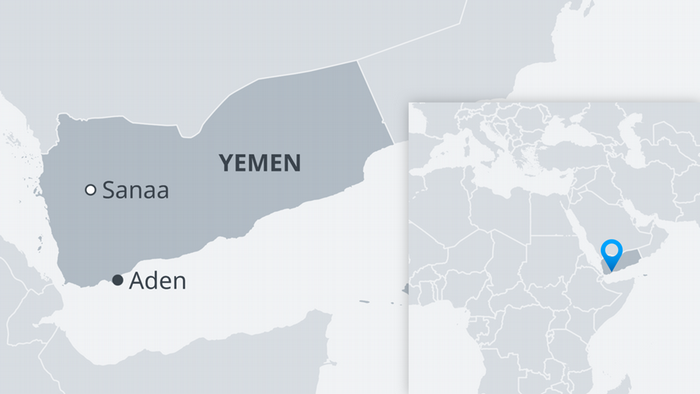 Conflict Zone host Tim Sebastian confronted the foreign minister over whether he had had little to say about the thousands of civilian casualties and deaths from bombings by the Saudi-led coalition.

"Well that’s not accurate, actually. The war is ugly. I'm not even going to sugarcoat that for you or for anyone. A lot of civilians are dead, yes. This is shocking," Al-Hadrami told Sebastian, but the minister disputed that his government had looked the other way.

Had they been complicit in human rights violations by the coalition?

Human Rights Watch said in January that since March 2015 "the coalition has conducted scores of indiscriminate and disproportionate airstrikes killing thousands of civilians and hitting civilian objects in violation of the laws of war."

"This is horrible," said Al-Hadrami. "Killing any civilians in Yemen is horrible. We want to end this war."

With the two sides now at a stalemate, Sebastian suggested that the bombings and the resulting death and injury had all been for nothing.

"It's been a change in the way the coalition has been conducting this war. There's no more campaign to actually target Sanaa and other cities," the foreign minister said. He repeated that the war needed to end but blamed the rebels for the delay.

"Everything that happens in Yemen is a reaction to the Houthis' actions. We could be in Sanaa in one week if they just do the right thing and the right thing is not hard to do."

But has the government dug its heels in over peace talks? Tim Sebastian confronted the minister with a quote from his cabinet colleague, the information minister, who said they "categorically reject any talk about negotiations."

"That’s taken out of context," the foreign minister responded. "What we said is: I'm willing to go now to peace talks if they’re going to talk peace. However, we need to have the right conditions to go."

Al Hadrami accused the Houthis of failing to uphold a previous agreement.

"This is not conditions [for negotiation] ... We're just saying they have to implement what they sign. Is that really hard to ask? We cannot just go on by them signing accords and not implementing anything."

The conflict in Yemen has yet another worrying dimension. In the south there have been clashes between the internationally recognized Yemen government and the Southern Transitional Council (STC), which advocates secession for the south of the country.

In November, both parties signed an agreement in Riyadh to settle the conflict, but the deal is in danger of collapsing.

According to the Sana’a Center for Strategic Studies, a Yemeni think tank, through the deal "Hadi and the STC have accepted that all major government actions be subordinated to Saudi Arabia."

Sebastian asked the foreign minister whether the terms of the agreement made his government puppets of Saudi Arabia.

"Yes, we are in Riyadh. We go back to Aden, but we speak our minds and it is our responsibility and decisions."

Houthi rebels have claimed they shot down a Saudi warplane in a "major blow to the enemy." Hours later, the UN reported the Riyadh-led coalition had carried out airstrikes in the same region, killing over 30 civilians. (15.02.2020)

Fighters loyal to a South Yemeni separatist group have reached the gates of the presidential palace in central Aden. Their three-day offensive has added a new dimension to the country's already complex civil war. (30.01.2018)