Fighters loyal to a South Yemeni separatist group have reached the gates of the presidential palace in central Aden. Their three-day offensive has added a new dimension to the country's already complex civil war. 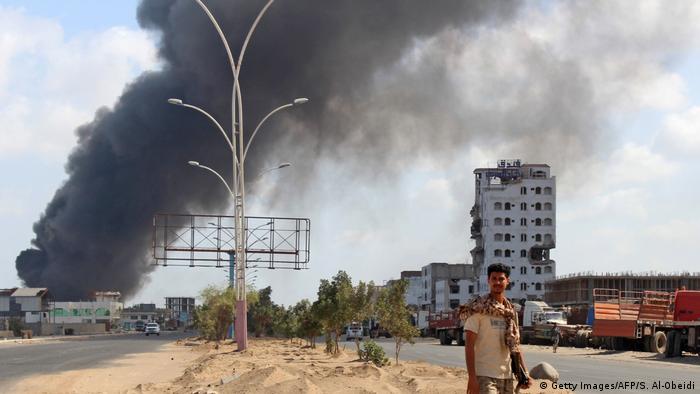 Yemeni separatists backed by the United Arab Emirates (UAE) on Tuesday seized the area around the presidential palace in the southern city of Aden, following fierce battles with forces loyal to the internationally-backed government, security officials said.

The battle for the government's de-facto capital — which erupted on Sunday — has left at least 36 people dead, and has exposed deep divisions in the Saudi-led alliance fighting against Iran-backed Houthi rebels, who control much of northern Yemen, including the real capital Sanaa. 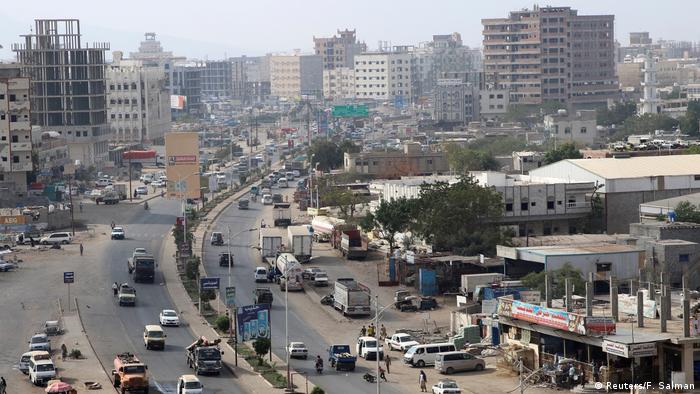 Aden has served as the government's base since 2014, when the Iran-backed Houthi rebels took control of the capital Sanaa

The Saudi-led coalition, which intervened in Yemen's civil war in 2015 to restore President Abed Rabbo Mansour Hadi's government from the Iran-backed Houthis, called on both parties to cease hostilities.

"The coalition will take all the measures it deems necessary to restore stability and security in Aden," it said in a statement on Tuesday.

The US, which backs the Saudi-led coalition, also called on all parties to "refrain from escalation and further bloodshed," according to a State Department statement.

Yemeni President Hadi, who has been in exile in Saudi Arabia for most of the country's multi-fronted civil war, has described the separatists' capture of the city as a "coup."

How does this development fit into the main conflict in Yemen: The seizure of Aden opens yet another front in the country's devastating civil war. The main conflict between the Hadi-Saudi alliance and the Houthis rebels has been in a bloody stalemate for three years.

Last month, the Houthi's own alliance with forces loyal to former president Ali Abdullah Saleh broke apart after Saleh switched sides to the Saudi coalition after becoming frustrated with the Houthi's monopoly of the north. Saleh was killed and his fighters and loyalists were overrun and arrested.

The civil war is further complicated by the presence of al-Qaida and the "Islamic State" (IS) militant group, who are ready to take advantage of any power vacuum.

When did fighting in Aden start: The fighting broke out in Aden on Sunday, when a deadline issued by the separatists for the government to resign expired. The clashes started when government forces prevented rallies by the STC from taking place.

Why has this happened: Hadi and the UAE, which are both part of the Saudi-led coalition, have been locked in a long-running power struggle. Hadi has accused the UAE of taking advantage of Yemen's civil war to boost its own influence in the south of the country.

The UAE is also suspicious of his alliance with the Yemeni branch of the Muslim Brotherhood, a pan-Arab political movement that the Emirates views as a terrorist organization.

How could this play out: Some analysts think the potential split in the coalition could threaten Yemen's territorial integrity.