With Yemen's political and humanitarian situation growing increasingly fragile, DW speaks to people inside the country about what life is like in the midst of the war. 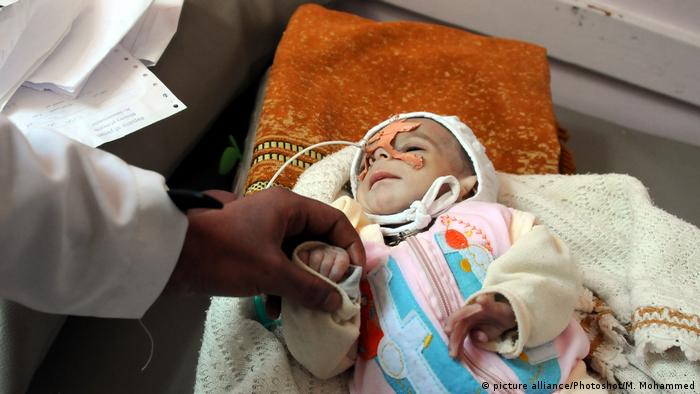 The third anniversary of the war in Yemen is approaching, and there are few signs that the conflict, which is being fought between an armed military group called the Houthis and Saudi-backed government forces, is abating.

Last month, the country was pushed into further uncertainty following the killing of former President Ali Abdullah Saleh by the Houthis. Saleh, a former Houthi ally who had switched allegiances to support the Saudi-led coalition, was an important figure in the war and his death has been viewed as cementing Houthi power, in the short term at least.

Beyond the political situation, humanitarian organisations have been reporting alarming statistics for the 28 million population. A third of the population is on the brink of starvation, almost 10,000 civilians have been killed or injured since March 2015, including 5,000 children, and a further 400,000 are severely malnourished. The World Health Organization says a cholera outbreak has to date affected 1 million people.

Yemen's war has not been an easy story for the international media to cover — a lack of access for foreign journalists and tight controls on local journalists have had an impact on how much coverage stories get — beyond the mere statistics. DW contacted people inside the country to find out more about what life is like in today's Yemen.

Ahmed (name changed) is a married father who works as an independent researcher in the capital Sana'a.

"We are trying to ignore this war. I tell myself every day that the war didn't affect me, that it hasn't defeated me. I do that to be able to continue because that's what I have to do. But in reality, deep down, we are surrounded by fears, a lot of fears. We are afraid of stupid airstrikes that target civilians more than any military targets. We are afraid of being arrested by the militia for nothing. We are afraid of losing our job or not getting a job. Fear of illness, of epidemics, of not getting medication...the list goes on. 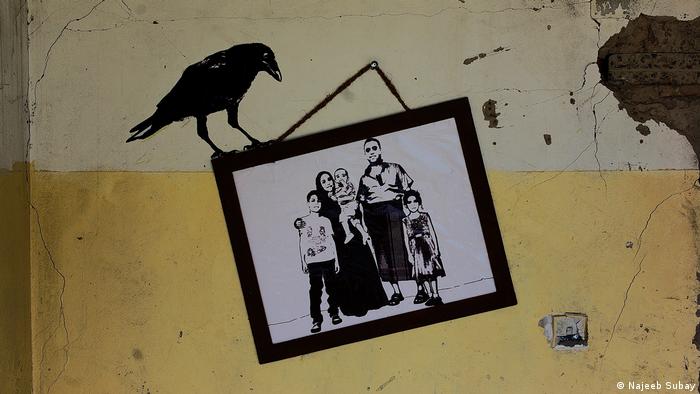 Family tragedy: This picture was taken in a house which was destroyed, killing most of the family

The humanitarian situation is bad. Life is difficult for most people, and poverty is forcing a lot of people into becoming fighters. A year and a half has gone by and all state employees, even the soldiers, have not been paid yet. Many people had to look for other sources of income to keep them going and the number of beggars in streets has gone up. The more people try to adapt to the current situation, the more the conflict exacerbates and takes them back to the beginning."

Mohammed al-Qadhi is a foreign media war reporter based in the southwestern city of Taiz.

"This was a city that used to depend on small enterprises, it was a commercial city, and hugely populated. Many people would live in and around it. Today's Taiz is a different city — the humanitarian situation is more visible and catastrophic than in many of the other places in Yemen because of the amount of shelling and fighting that has been happening.

During my reporting I have come across miserable stories — I used to weep because of the calamity of the situation and the misery that people have endured. Home life is completely restricted. I have met women who are forced to stay indoors in the crossfire areas and people who have to go through tunnels because of Houthi snipers just to to go in and out of their houses. 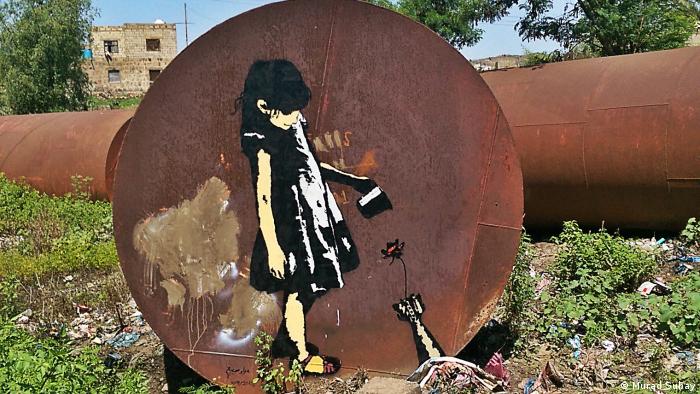 The city of Taiz has been one of the hardest hit in the ongoing war in Yemen.

The death of Saleh means that the situation has become more complicated and there will be no peace agreement. But since Western media can't get in to report the story, Yemen has become a forgotten war."

Read more: Yemen conflict all but ignored by the West

Heba (name changed), 35, is the head of a Yemeni civil society organization based in Sana'a.

"I am one of the few lucky people who is still getting salary and able to purchase the items that I need but the overall situation is horrible, people cannot afford to buy what they need to meet their basic needs.

Life is getting very expensive because the blockade is creating a lack of supplies. In fact, the blockade is one of the most challenging issues that directly affect the daily lives of the poor as well as those with a good economic situation. It has been affecting the import and export of food items, clothing, and medicine. 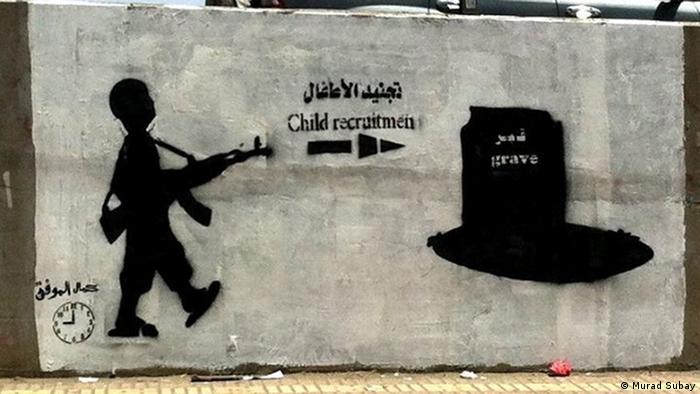 We Yemenis feel neglected by the international community and feel like we are living on another planet. There are basic principles of war that protect civilians but they are not being followed. Yemenis are being attacked, killed and deprived from food and health supplies. Diseases are spreading and children are the most affected people. There are lots people who have lost their homes because they have to leave the conflict areas and move to safer places, or because their houses were damaged by the airstrikes.

Let our voices be heard. Let our victims be seen, support our children to live in peace and enjoy their lives like others do around the world."

Ahead of NATO summit, alliance sets out plan to increase high-alert forces