The Mauritanian diplomat was trying to untangle what the UN calls "one of the most devastating humanitarian crises in the world." Despite attempts at mediating talks, the UN has struggled to sway the warring parties. 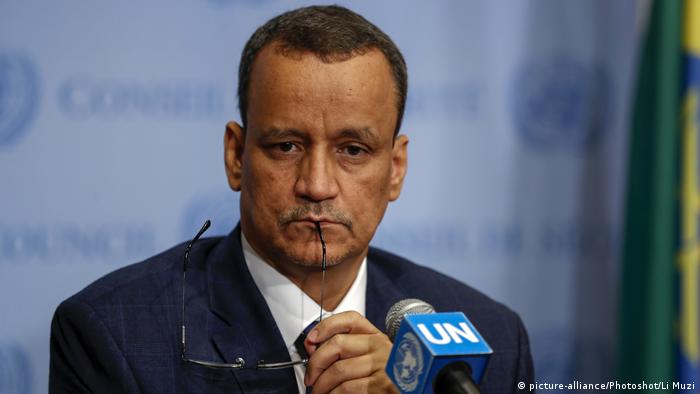 UN spokesman Stephane Dujarric on Monday said that the international body's top mediator for the conflict in Yemen, Ismail Ould Cheikh Ahmed, would step down in February.

"In this moment, his thoughts go first to the Yemeni people who are worn out by this conflict and are enduring one of the most devastating humanitarian crises in the world," said Dujarric.

"The special envoy remains committed to pursue through diplomacy an end to the violence and a political solution that meets the legitimate aspirations of the Yemeni people, until a successor is named."

Cheikh Ahmed, a Mauritanian diplomat, was appointed the UN's special envoy for Yemen in April 2015.

Despite numerous attempts, the UN has failed to sway warring parties to join talks in a bid to find a political solution to the conflict since it erupted in 2014.

More than 15,000 people have been killed and thousands more injured since 2015, when Saudi Arabia launched a military campaign and the Houthis and their allies in a bid to prop up the internationally-recognized government of Yemeni President Abed Rabbo Mansour Hadi.

The conflict has pushed the country to the brink of famine, and a cholera epidemic has affected nearly 1 million people. The UN has criticized the Saudi-led coalition for imposing a blockade and disrupting the work of humanitarian agencies.