Yemen's Houthi rebels: Who are they and what do they want? 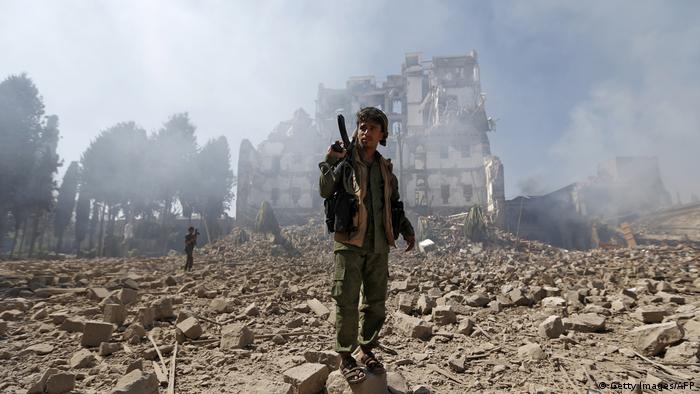 The Houthi movement, named after the family it is associated with, emerged from Yemen's northern province Saada, bordering Saudi Arabia, and has been locked in an increasingly complex war. Backed by the US, the Saudi-led coalition have been their most recent and main enemy.

Their influence has grown since first challenging former Yemeni President Ali Abdullah Saleh in 2004, taking then-capital Sanaa and much of the north by 2014.

While the war in Yemen has had a broader regional dynamic, frequent references to the group by Saudi Arabia and its allies as a mere Iranian proxy do not tell the whole story. 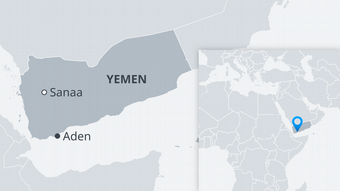 Tehran's rhetoric has been firmly pro-Houthi. Experts point to Iranian designs and technology being used in Houthi missile attacks and drone designs, while various sources have claimed missiles and small arms are shipped overland through Oman, though the evidence chain is patchy.

The UN Panel of Experts on Yemen found Iran has supplied the Houthis with donations of fuel to raise revenue for their campaign, but no direct financial or military link has been found.

Peter Salisbury, a senior analyst at the International Crisis Group told DW: "If Iran has been directly supporting the Houthis, as most people believe, it has been able to sustain at least a degree of plausible deniability."

A hybrid range of forces make up the military element of the Houthis, otherwise referred to as Ansar Allah, with some 60 per cent of the former Yemeni army loyal to Saleh having allied with the group.

A September 2019 report by Renad Mansour and Peter Salisbury estimate their strength at 180,000-200,000 armed men with access to weapons systems ranging from tanks and technical vehicles to anti-tank guided missiles and long-range ballistic missiles.

The group claims many of the advanced parts their arsenal were captured when it captured the state in 2014.

But while they do not have the overwhelming financial and advanced military resources of the Saudis, the Houthis have demonstrated an outsized capability, controlling around a third of Yemeni territory including the major population centers — and have even breached Saudi borders.

How did they get here?

The Houthis emerged in the 1980s, forming a broad tribal alliance in Yemen's north based on a revival of Zaydism, a branch of Shia Islam, in opposition to an expanding Salafism.

They were also motivated by what they saw as Saleh's economic discrimination of the north.

After morphing into a militia in the 2000s, they fought six rounds of war from 2004-2010 against then-President Saleh's forces, until the 2011 Arab Spring uprising toppled him.

After they allied with their former enemy Saleh, fearing their growing power, Saudi Arabia and the UAE, with help from the US and UK, opened an air and ground war against them.

Read more: The young Yemeni pushing for change from abroad

What is Zaydism and the Houthi ideology?

Zaidi Fiver Shiites are a denomination which arose in a dispute over the succession of the imamate and are actually closer in religious belief to Sunnis than the Twelver Shiites in Iran, Iraq and Lebanon. Not all Zaidis are Houthis.

A Zaidi imamate was established in northern Yemen in 893 and ruled until 1962.

The Houthis' political ideology is heavily anti-imperial, reserving a particular animosity for Israel, the US and Saudi Arabia.

Although some Houthi rhetoric has made claims to areas north of the Saudi border, their actions have mostly indicated aims within Yemen.

"If there is Houthi engagement in a regionalized conflict, it will be about political alignment and strategic interests rather than ideology," Salisbury said.

Saudi Arabia has blamed Iran for committing a possible "act of war" after a missile fired by Yemen's Houthi rebels targeted Riyadh. The rivalry between Iran and Saudi Arabia is heating up across the Middle East. (06.11.2017)

Two years ago, a tribal conflict in Yemen widened into a full-scale war after intervention by Saudi Arabia. Today, two-thirds of the population is starving. The world can no longer look away, says DW's Matthias von Hein. (01.04.2017)