When it comes to gender equality, Yemen is ranked worst in the world, and women and girls have suffered massively in the country's five years of fighting. Yet CARE gender activist Suha Basharen sees glimmers of hope.

Walking along Berlin's Spree River as fall sets in, Suha Basharen comments how "nice it is to be in a calm country."

"There are no worries," she says. "You can walk around peacefully. But then you remember what's going on at home."

Home for Basharen is Yemen, where a civil war has been raging since 2015. The violence has killed tens of thousands of civilians and left the country mired in a devastating humanitarian crisis, with women and girls often bearing the brunt of the daily struggle to survive.

Basharen lives in Sanaa, Yemen's capital, with her husband and two young sons, ages eight and ten. Her children have hardly known peace. For Basharen on a personal level, the war means reassuring her kids that things will be alright, even as air strikes sound around them. 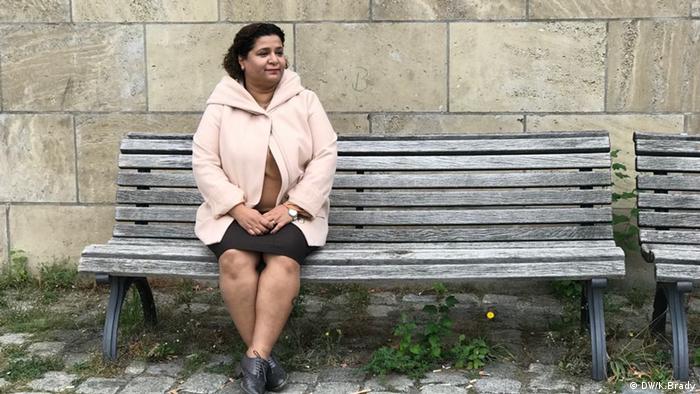 Basharen is an activist and gender specialist with the NGO CARE

"We try not to be scared, even though you want to collapse," she tells DW. "Even if you try to keep the news away from them, they hear it at school, so then you have to make up another lie to make them feel safe."

On a professional level, Basharen is trying to create a hopeful future for women in the war-torn country. As a gender specialist for the NGO CARE Yemen, she works to reshape social and cultural norms. Education on hygiene and health, active involvement of women in peace-building efforts, and food security are all crucial elements.

Despite the conflict, the situation could still "open windows of opportunity for these women," she says.

Worst gender equality in the world

Basharen is motivated in part by her own success. Born in Aden, on Yemen's southwest coast, she studied at university both in her home country and in the UK. But the idea of a university education and independence remains a luxury for many of Basharen's female compatriots, particularly in rural Yemen.

While suffrage was granted to Yemeni women more than 50 years ago, economic, social and cultural rights continue to be limited. For 13 consecutive years, Yemen has been ranked the worst country in the world in the Global Gender Gap Report, published by the World Economic Forum. Female genital mutilation continues to be tolerated and in many cases, women are denied hospital treatment without the permission of a male relative.

In early 2015, an Iran-aligned Houthi insurgency ousted Yemen's President Abed Rabbo Mansour Hadi and seized Sanaa, triggering a Saudi-led military coalition to begin air strikes on the Yemeni rebels. The little progress in gender equality that had been achieved before this conflict was largely set back due to the upheaval and displacement. ​​​​​

"With the war, finding food became the priority, not talk about rights," Basharan says. 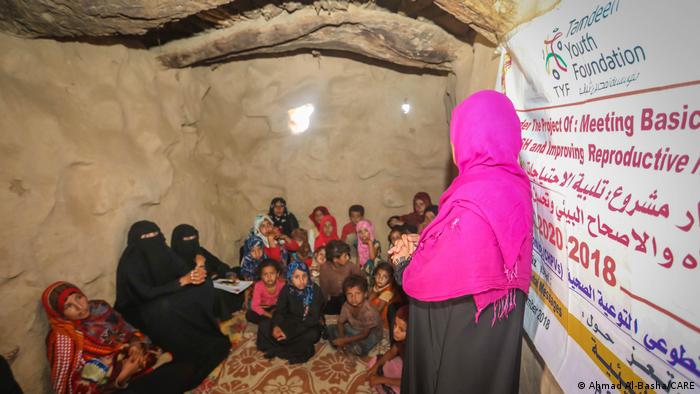 Women and girls most vulnerable

After almost half a decade of war, some 24 million Yemenis — close to 80% of the population — have been left in need of aid and protection. With men, often the bread winners, injured, killed or fighting on the front line, women and girls are facing new challenges and adversities.

"We want to empower women, but we also don't want to cause any harm," Basharen tells DW. She adds that many women have unexpectedly found themselves responsible for their families — a responsibility they weren't prepared for.

In turn, many men who are unable to provide for their families as a result of the war feel under pressure.

"In large parts of Yemen, the social norm is women belong to the house, men go out and provide for the family," Basharen says. "This is by no means an excuse, but this pressure often reveals itself in cases of domestic violence, which have increased during the war."

More than 3 million Yemeni women and girls are at risk of gender-based violence, according to the United Nations Population Fund (UNFPA). 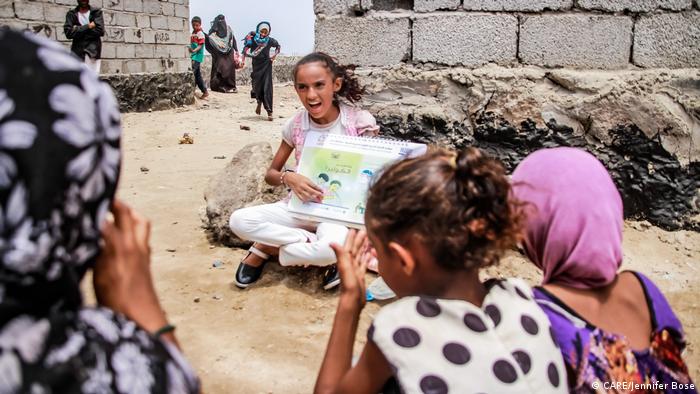 Women are also the most vulnerable among the 10 million people in Yemen who rely on food aid to survive. Particularly vulnerable are pregnant or lactating women, many of whom already face life-threatening challenges because of a lack of reproductive services.

According to UNFPA, some 1.1 million breastfeeding or pregnant Yemeni women are malnourished due to the lack of humanitarian access and the difficulties around receiving food and medical supplies.

"It's often the case that men and boys eat first, then the women and girls. Sometimes there's nothing left for them to eat in the end. Some families only have one meal a day — they don't know where their next meal will come from. If there isn't enough food, women want their kids to eat first," Basharen says. 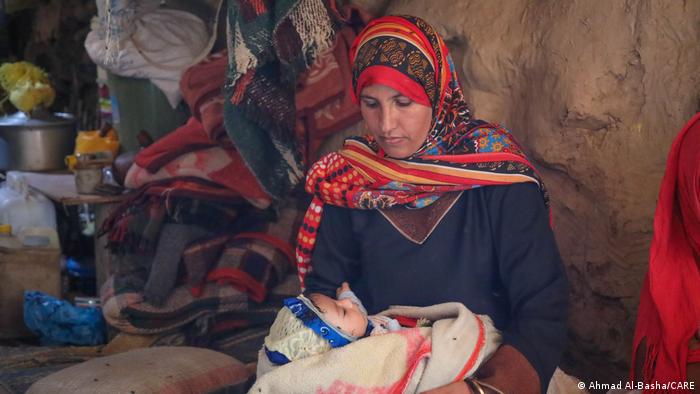 Small steps towards entrepreneurship and independence

The fighting in Yemen has caused the world's worst humanitarian disaster, the UN has said. Yet Basharen hopes a brighter future will emerge from the rubble — a future where war is absent and women are very much present.

"This isn't going to happen overnight," she says. "But thanks to promoting women's economic empowerment and helping female entrepreneurs access training, we're already seeing how some women are turning their traditional skills, whether cooking or sewing, into a business."

For Basharen, the cultural shift must begin at home with her own sons: "Little things, like making them do their chores, are a start. I never want them to depend solely on other people, least of all women."

There are occasional glimmers of hope for peace: The UN envoy for Yemen said earlier this week that the offer from Iran-backed Houthi rebels to halt attacks on Saudi Arabia could bring an end to the war. At the same time, amid a new US deployment to Saudi Arabia, Iran's president warned foreign forces to stay out of the Gulf.

Still, the fighting rages on. Nearly five years since the outbreak of war, Basharen says the Yemeni people continue to be resilient.
"But we are all traumatized," she adds. "The war needs to stop. This madness. It needs to stop."

Longing for peace: The young Yemeni pushing for change from abroad

After a stint in Nigeria working for a startup company, young Yemeni national Mohammed Al-Salafi wants to use his skills to promote peace in his home country. DW's Fanny Facsar met him as he prepared to leave Lagos. (23.09.2019)

With more money pledged than last year, the UN hailed the aid drive as a "success." The top donations came from Saudi Arabia and the United Arab Emirates — countries directly involved in Yemen's devastating conflict. (26.02.2019)