The suffering of children caught up in the Yemen conflict has become "simply appalling," according to a UN report. It says thousands of kids have been killed, recruited as soldiers and subjected to devastating violence. 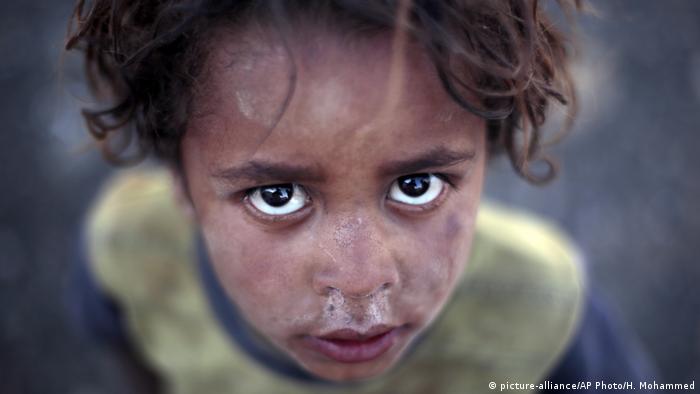 More than 7,500 children have been killed or wounded in Yemen over the past 5 1/2 years, the UN said in a report published Friday.

The impoverished Arab country descended into conflict in 2014, leading to what has been described as the world's worst humanitarian crisis.

The report by UN Secretary-General Antonio Guterres documented thousands of grave violations against children between April 2013 and December 2018.

"The suffering of children in Yemen has worsened during the reporting period, becoming simply appalling," Virginia Gamba, the UN special representative for children in conflict, said. "The civilian population, especially children, is kept hostage of a conflict they didn't choose to be in."

The war in Yemen broke out in 2014 when Houthi rebels overran the capital, Sanaa, and drove President Abed Rabbo Mansour Hadi into exile. In early 2015, a coalition led by Saudi Arabia, and aligned with Hadi, joined the fighting. The conflict has killed tens of thousands of people.

The report said the worst statistic in the list of violations was the 7,508 children who were killed or maimed by airstrikes, shelling, ground fighting, mines or suicide attacks.

The second largest violation was the use of child soldiers, with 3,034 children verified as recruited — 1,940 of them by the Houthis and 274 by Hadi government forces. 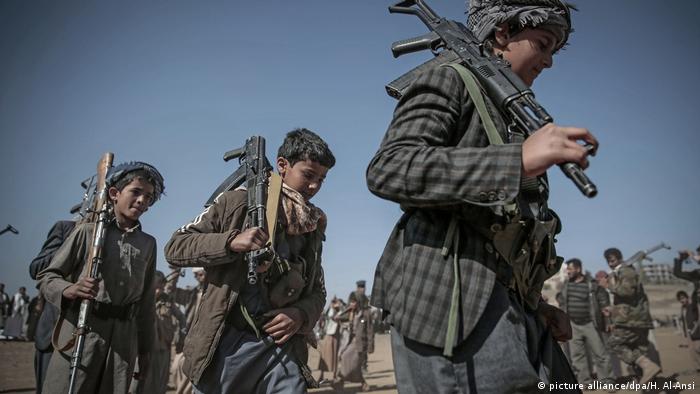 Attacks on schools and hospitals remained alarmingly high, the report said, with buildings severely damaged or destroyed in 345 out of the 381 cases.

It also documented 11 incidents of rape and sexual violence, but stressed that cases were under-reported "mainly for fear of stigmatization and lack of appropriate response services."

The UN warned that millions of Yemenis are on the brink of famine — more than 8 million children do not have sufficient access to water, while 2 million are severely malnourished.

Houthi rebels are withdrawing from three ports in line with a ceasefire deal that was agreed to in December. But the Saudi-backed Yemeni government has dismissed the pullout from Hodeida as a "show." (11.05.2019)

Houthi rebels have attacked a civilian airport in Saudi Arabia for the second time in less than two weeks. The Houthis said the strike was in retaliation for Saudi airstrikes in Yemen. (24.06.2019)

The United Nations is appealing for emergency funds for an operation to prevent an oil spilling in the Red Sea from a tanker moored off Yemen.