Houthi rebels have attacked a civilian airport in Saudi Arabia for the second time in less than two weeks. The Houthis said the strike was in retaliation for Saudi airstrikes in Yemen. 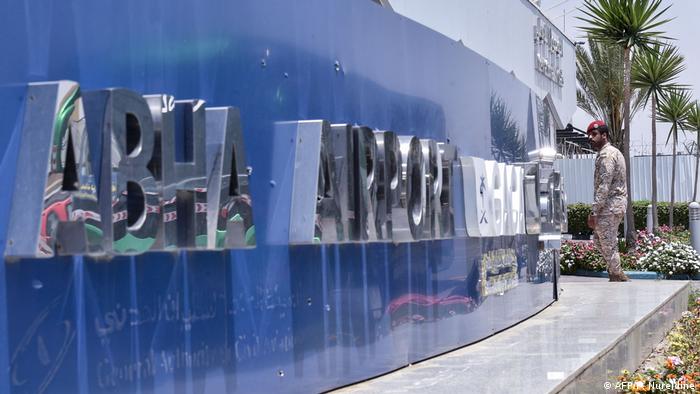 Houthi rebels said earlier that they had launched drone attacks on airports in Abha and Jizan, both near the border with Yemen. Saudi media made no mention of an attack in Jizan.

Saudi-owned Al Arabiya TV said the suspected drone hit a parking lot in Abha airport, in what a Riyadh-based military coalition described as "a terrorist attack by the Iran-backed Houthi militia."

The Houthis also carried out a drone strike on a key Saudi oil pipeline earlier this month.

The uptick in Houthi attacks on Saudi Arabia comes as tensions between the United States and Iran soar, threatening a major conflagration in the region after a series of attacks on oil tankers near the strategic Strait of Hormuz and the downing of a US drone by Iran this week.

The United States and Saudi Arabia accuse rival Iran of providing the Houthis with money, training and weapons, including missiles and drones. Iran and the Houthis have downplayed any military cooperation.

A US-backed military coalition led by Saudi Arabia and the United Arab Emirates intervened in Yemen in 2015 to restore the internationally recognized government ousted when the Houthis overran the capital, Sana'a, and large swaths of the country.

Since then, the multisided conflict has killed tens of thousands of people and brought the Arab world's poorest country to the brink of famine. More than 24 million Yemenis — over two-thirds of the population — are in need of aid, in what the UN has called the world's worst humanitarian crisis.

Saudi Arabia fears Iran will establish a foothold in Yemen, enabling it to open up a new front in the event of a larger regional conflict.

The Houthis have justified their attacks on Saudi Arabia as retaliation for airstrikes that have killed countless civilians. The Saudi strikes have prompted several Western countries to stop selling weapons to the kingdom.

President Trump had reportedly approved air strikes in retaliation for Tehran's downing of a US drone. A decision to stand down was allegedly made after Trump met with Congressional leaders. (21.06.2019)