Longing for peace: The young Yemeni pushing for change from abroad

After a stint in Nigeria working for a startup company, young Yemeni national Mohammed Al-Salafi wants to use his skills to promote peace in his home country. DW's Fanny Facsar met him as he prepared to leave Lagos. 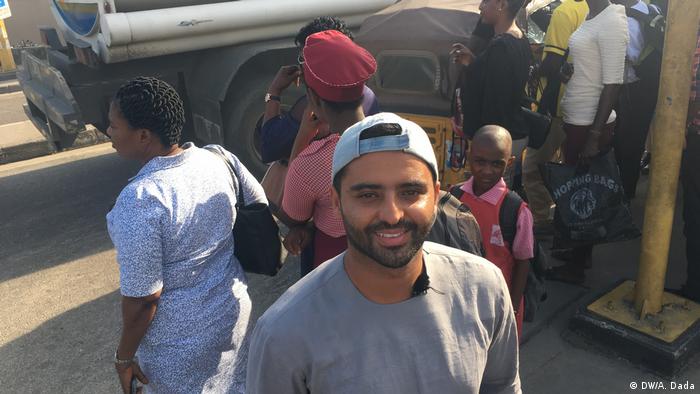 Mohammed Al-Salafi packs away his favorite books as he prepares to leave Lagos. He wishes he could go straight to Yemen, his home country. Instead, he is going back to Germany.

"Here in Nigeria, I felt like an expat," he told DW. "In Germany I will feel like an immigrant again. Mohammed was 21 when he left Yemen for Germany, just before the civil war broke out. "Back then I didn't know it would turn into a one-way flight. The war started and since then I have not been able to go back."

That was in early 2014. At first, he worked all kinds of jobs in Germany, just to learn the language and make enough money to study international business. His first job took him to Nigeria in 2018, working for a German-owned company which promotes startups in developing countries. Lagos has been his home ever since.

"Whenever the power goes off in Nigeria, I become very nostalgic because it reminds me of Yemen," Mohammed says with a big smile. "I can relate a lot because the economic landscape, the politics in the country, the struggles that people go through are very similar to Yemen. I experienced less of a culture shock in Nigeria than I did in Germany. All of these issues are very similar to Yemen, so I can easily adapt to them." 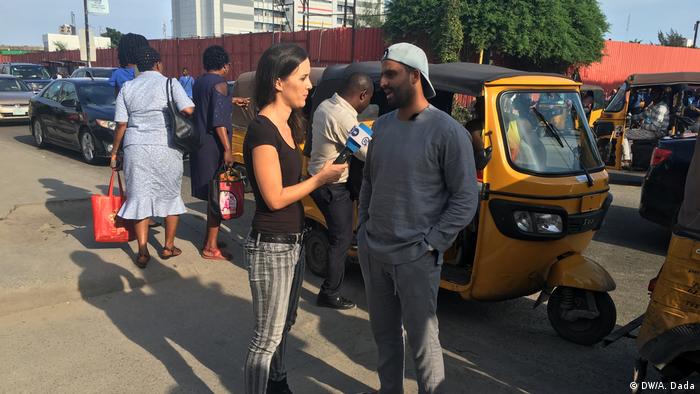 Mohammed Al-Salafi speaks with DW's Fanny Facsar on the streets of Lagos. He says he's troubled by the ongoing coverage of the Yemeni Civil War

'I wish there were other stories about Yemen'

As he packs, Mohammed speaks fondly of his memories of Yemen, including his childhood in Sanaa, the country's capital which was seized by the Houthi insurgency in 2014.

"I wish there were other stories about Yemen, besides the ones we've been seeing for years now," says Mohammed. He gets upset watching the ongoing reports about the seemingly never-ending war, the suffering of the people and the deadlock between the different factions still fighting for power.

It's clear the 27-year-old feels a sense of pride for his country and is eager to focus on the positive — what Yemen was like before the war. Today, many people know little else about the country beyond the conflict which has been dubbed the "forgotten war."

Mohammed is just one of tens of thousands of people who make up the Yemeni diaspora. His father still lives in Yemen and is an important source of information, as well as a connection to his home country.

"My father lives in Aden," says Mohammed. "He cannot leave. He doesn't want to; it is his home country. Through him I hear about the frustration. To me, it's frustrating that our political leaders are not willing or committed to achieving peace, or creating prosperity."

But Mohammed is still optimistic that peace can be restored. Given the chaotic situation on the ground, with the constant power plays and an increasingly fragmented society, he's well aware how naive that must sound.

"The social fabric is becoming looser and looser and people are fighting [based on] identity," he explains. [They just say] 'you are from the north and you are from the south'." Although the civil war is still growing more complex by the day as more and more parties become involved, Mohammed is already thinking about life in Yemen after the war. If peace does come, he wants to be prepared.

"Peace can be achieved with political players, but also through the people who are fighting," he says. Mohammed is determined to be part of the change and refuses to accept the status quo. "I think the answer is jobs. I think we really do have the potential to go back to Yemen and solve the problem, because we are the decision makers, [the youth] are the majority of the population. We understand our country very well." He takes another book from the shelf: Zero to One: Notes on Startups, or How to Build the Future.

With so many deadlocks, proxy wars and other elements at play, rebuilding Yemen is a daunting challenge. But this commitment to change is also shared by young Yeminis still on the ground.

As I wrap up my conversation with Mohammed, I'm strongly reminded of all the other young people I met in Yemen, who are working to bring about change from within. People like Fatima Almahrooq, a doctor around the same age as Mohammed, who I met in Aden in July. She told me she wants to help those who are suffering, but also to build a future for herself — a difficult thing to do right now in Yemen.

Mohammed may, ironically, have the chance to make a difference from Germany, his home for at least the next couple of years. In three years he hopes to apply for a German passport: if he stays any longer in Nigeria he may jeopardize his residency status. His dream is to one day use his knowledge and experience in Germany to return home and become Yemen's minister of finance.

With more money pledged than last year, the UN hailed the aid drive as a "success." The top donations came from Saudi Arabia and the United Arab Emirates — countries directly involved in Yemen's devastating conflict. (26.02.2019)

A Yemeni street artist has invited locals in cities around the world to draw images of their choice on the street, with the over-arching theme of highlighting Yemen's plight. Gouri Sharma reports. (22.04.2018)