The announcement comes a week after Houthi rebels claimed responsibility for a strike that crippled a key Saudi oil facility. The group says the move is part of a peace plan to end the devastating conflict in Yemen. 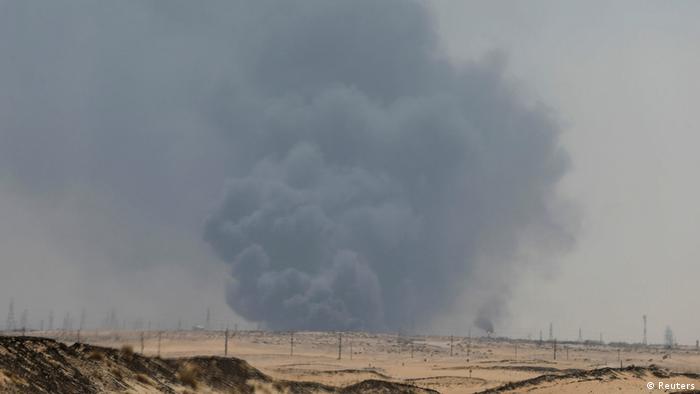 Yemen's Houthi rebels said late Friday night that they were calling a halt to drone and missile attacks in Saudi Arabia. Mahdi al-Mashat, head of the Houthi supreme political council, said he hoped "the gesture would be answered by a stronger gesture" from the Saudis.

He added that the group was waiting for a "positive response" from Riyadh. Al-Mashat's comments were carried by the Houthi-run al-Masirah satellite television channel.

'War is not in anyone's interest'

Al-Mashat said the Houthis' peace plan was aimed at ending the conflict "through serious negotiations to achieve a comprehensive national reconciliation which does not exclude anyone."

A key aim of the initiative was to "preserve the blood of Yemenis and achieve a general amnesty," he added. "Pursuing war is not in anyone's interest."

Al-Mashat also called for the reopening of Sanaa's international airport and access to the port of Hodeida.

The Saudi-led military coalition has been waging a brutal war against the Houthi insurgency in Yemen since 2015. Tens of thousands of people have died in the conflict and the United Nations has called it the world's worst humanitarian crisis.

The announcement comes after a wave of drone strikes on Saudi oil installations on September 14, which knocked out half of the country's supply. The Houthis claimed responsibility for the attacks, but Saudi ally the United States put the blame on Iran, which backs the Houthis in their war against Saudi Arabia.

On Friday, officials from Saudi state oil company Aramco revealed the extent of the damage from last Saturday's strikes.

The facility in Abqaiq was hit 18 times, while the nearby Khurais facility was hit four times, sparking multiple explosions and towering flames that took hours to extinguish, officials said.

"Many critical areas of the [Abqaiq] plant were hit," an Aramco official said.