Saudi Arabia has displayed recovered evidence from the oil attack that it says points to Iran. It showed the wreckage of what it said were cruise missiles and drones. 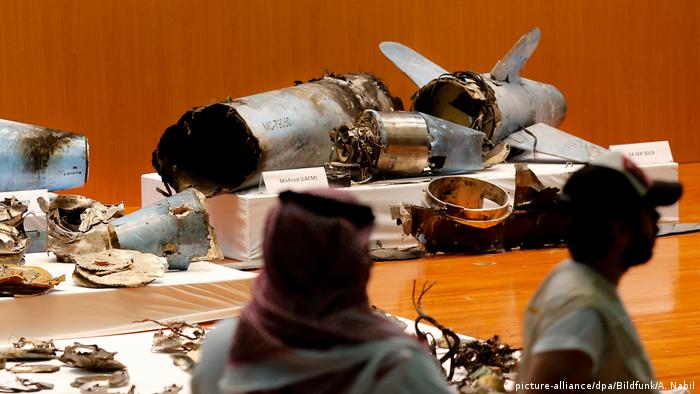 Saudi Arabia on Wednesday displayed the burned remnants of what it said were cruise missiles and drones used in a major attack against oil infrastructure earlier this month.

"The attack was launched from the north and unquestionably sponsored by Iran," he told a news conference. "The evidence ... that you have seen in front of you makes this undeniable."

The attack, which severely reduced Saudi Arabia's oil output, was claimed by the Houthi rebel group in Yemen, an Iranian-backed force that is battling a Saudi-backed coalition for control of the country. 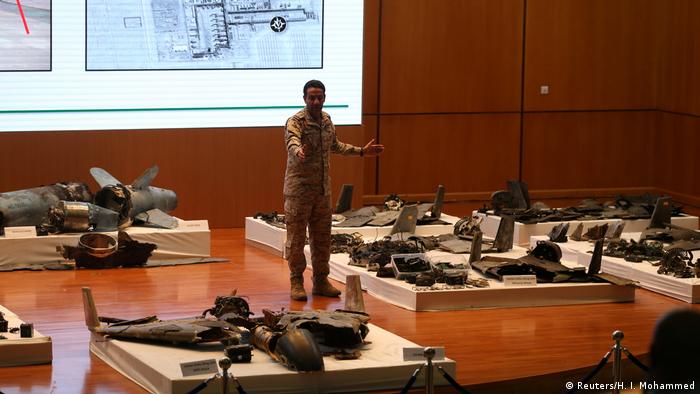 The Saudis claim they identified 25 drones and cruise missiles

Saudi Arabia's Malki said the attack could not have originated in Yemen, saying the Houthi movement was "covering up" for Iran.

A spokesman for the Iranian president said the Saudis were misguided in their claims.

"The press conference proved that Saudi Arabia knows nothing about where the missiles and drones were made or launched from and failed to explain why the country's defense system failed to intercept them," Hesameddin Ashena said on Twitter.

US Secretary of State Mike Pompeo held talks with the Saudis later on Wednesday, after US President Donald Trump vowed further sanctions against Iran.

The US supports Saudi Arabia in its claims that the attacks came from Iran or its proxies. After Saudi Arabia unveiled its findings, Pompeo stepped up these assertions. "This was an Iranian attack," he told reporters on his plane before landing in the western city of Jeddah, calling it "an act of war."

The Saudi government has defended its decision, saying it must "deter and counter threats to maritime navigation and global trade." Iran has accused Saudi Arabia and the United States of inciting conflict in the region. (18.09.2019)