US 'locked and loaded' after blaming Iran for Saudi oil attack

US officials have suggested that Iran was behind the Saudi oil attacks, saying satellite images show it is unlikely that Houthis carried them out. Germany said it is working with partners to determine who is responsible. 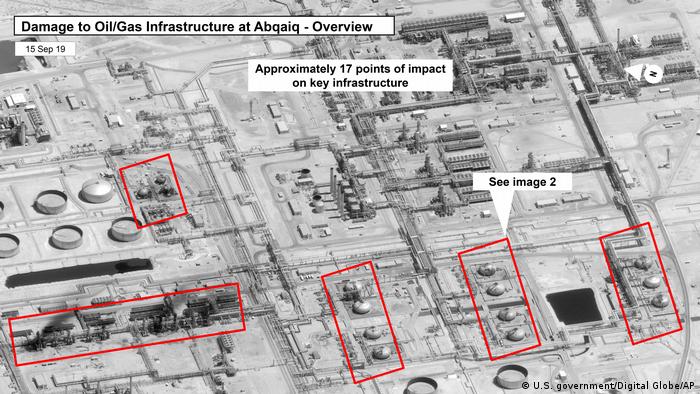 The United States on Sunday accused Iran of attacking Saudi oil refineries, despite Houthi rebels claiming they had launched the attack from Yemen.

US President Donald Trump said "there is reason to believe that we know the culprit," adding that Washington is "locked and loaded" to respond, pending further information from Saudi Arabia.

German Foreign Minister Heiko Maas said Germany is working with partners to determine "who is responsible for this attack."

"The situation is exceedingly worrisome," Maas said. "This is really the very last thing that we currently need in this conflict."

British Foreign Secretary Dominic Raab said it "is not entirely clear" who the perpetrators were. Chinese officials also refrained from attributing blame for the attacks. 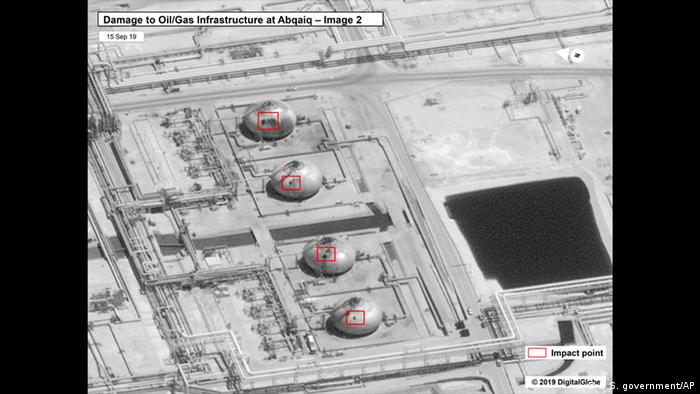 The US government claim the impact sites show the attack was not launched from Yemen, but did not rule out the possibility that the drones could have taken a round-about-path

Satellite images released by the US and examined by the Associated Press show around 17 "points of impact" at an oil processing facility in Abqaiq. Another two points of impact were found at Saudi's Khurais facility.

Senior US officials told reporters that damage indicates the attack could have been launched from Iraq or Iran and not from Saudi's southern neighbor Yemen.

One official, speaking on condition of anonymity, suggested there were indications that cruise missiles were used, according Reuters news agency. Houthi rebels claimed to have used drones.

Saudi Energy Minister Prince Abdulaziz bin Salman said Sunday that it would use portions of its vast reserves to fill oil shortages. Experts said up to one-third of disrupted oil production could be brought back online by Monday.

So far, neither Saudi Arabia nor state oil giant Saudi Aramco have said how much damage was done to the site, but global oil prices shot up after the country cut its oil production by more than half. 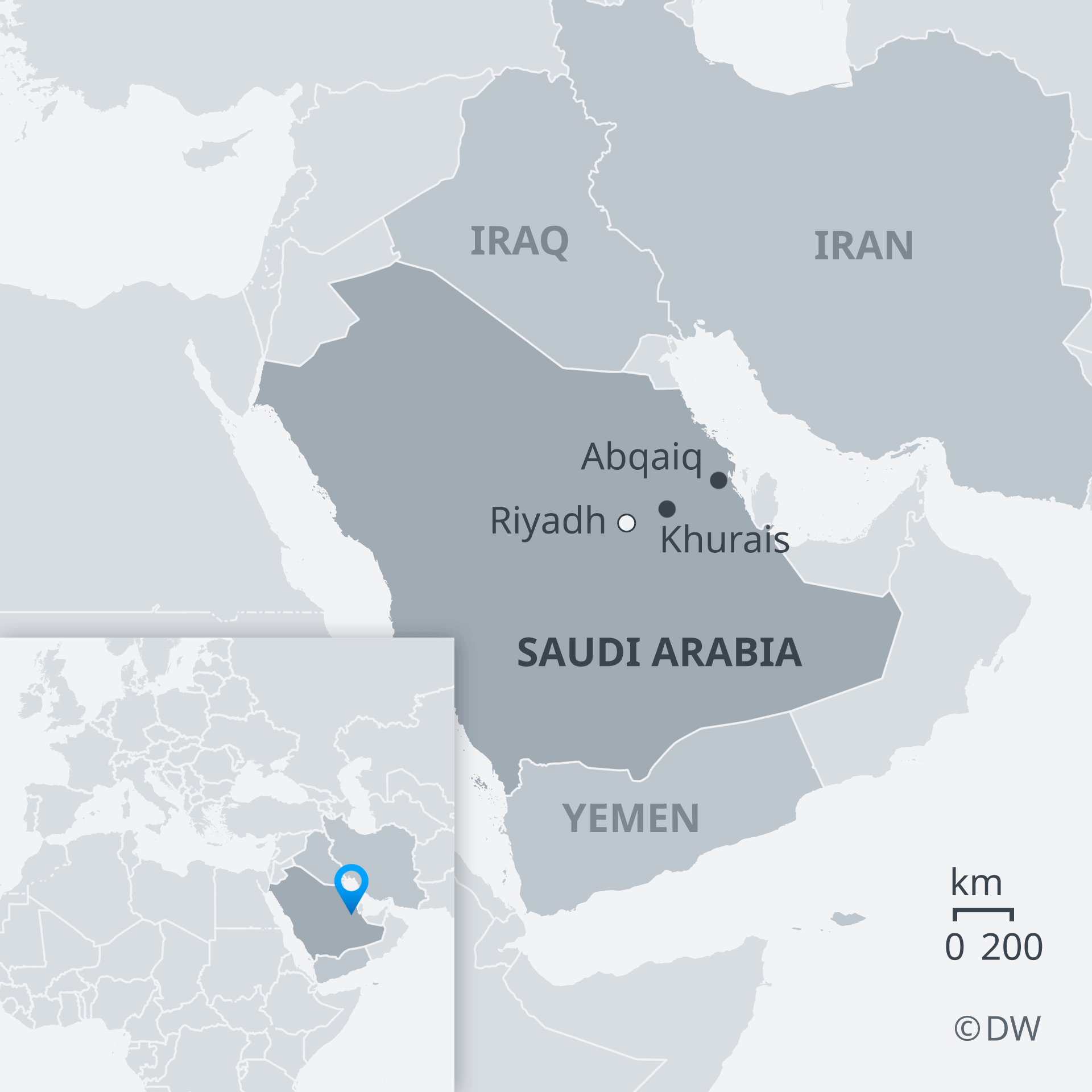 The strike forced Saudi Arabia to substantially curb oil output. As a result,  global oil supply dipped by more than 5%. Analysts said the long-term impact on oil prices would depend on duration of the disruption.

Trump said he approved the release of oil from US reserves. Other countries, including Russia and South Korea, said they are considering taking similar measures to shore up global oil supplies.

"Based on the attack on Saudi Arabia, which may have an impact on oil prices, I have authorized the release of oil from the Strategic Petroleum Reserve, if needed, in a to-be-determined amount," Trump tweeted.

Russian Energy Minister Alexander Novak said he would be discussing developments with his Saudi counterpart. 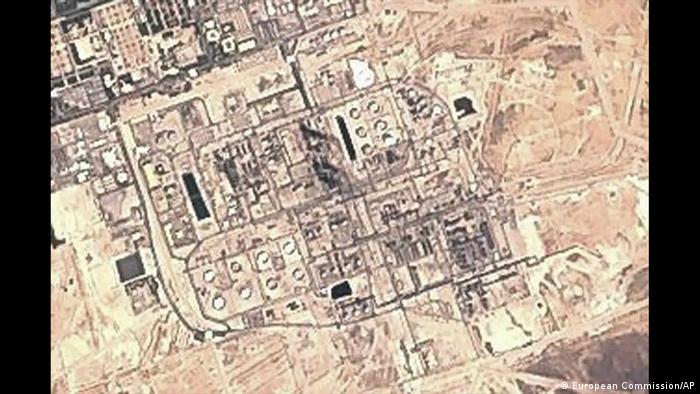 The attacks have inflamed tensions in the Persian Gulf, with both Iran and Iraq denying involvement.

"The Iraqi government discharges its constitutional duty to safeguard Iraq's security and does not permit the use of Iraqi territories to attack neighboring countries," the government said in a tweet.

Hours later, Iraqi Prime Minister Adel Abdul Mahdi received a call from Pompeo. Mahdi's office did not specify the details of their conversation.

A Saudi-led coalition has fought a bloody war against Shiite Houthi rebels in Yemen for more than four years. The war has killed more than 10,000 people and left millions more on the brink of death from starvation and easily treatable diseases. In response, the Houthis have carried out several cross-border missile and drone attacks.