Seven Saudi soldiers are to receive officer's training from the German military starting in July. But some lawmakers have accused the German government of turning a blind eye to Saudi's brutal campaign in Yemen. 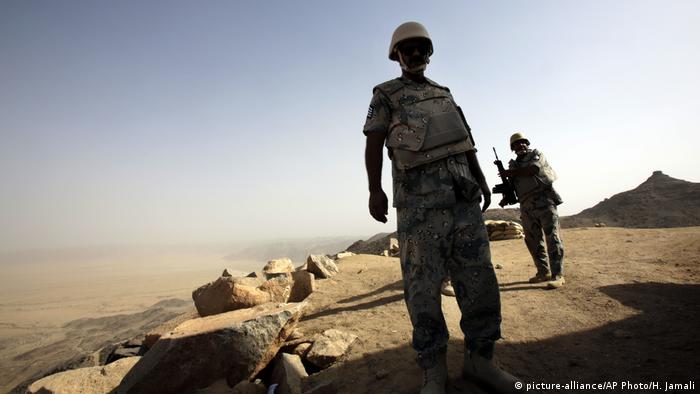 Germany will continue to train soldiers from Saudi Arabia despite its brutal military campaign in Yemen, reported German news agency dpa on Monday.

The training was part of an agreement made in 2016 during an official visit by German Defense Minister Ursula von der Leyen.

Last year, Germany imposed a temporary halt on arms exports to Saudi Arabia following the assassination of Saudi critic Jamal Khashoggi in a Saudi diplomatic building. However, it has lifted restrictions on certain components following French and British pressure.

Berlin also cited the four-year-old Yemen war when suspending arms exports to Saudi Arabia and the United Arab Emirates. The conflict triggered what the UN has described as currently "the biggest humanitarian disaster in the world."

Christian Blex, an opposition state lawmaker for the far-right Alternative for Germany, criticized the military cooperation in a tweet, saying: "[Angela] Merkel, [Heiko] Maas, von der Leyen — anyone with their hand in the game is a disgrace," referring to the German chancellor, foreign minister and defense minister, respectively.

While Germany approved markedly fewer arms exports in 2018, exports to Saudi Arabia and Turkey surged, in part due to deals that had been inked years earlier.

Germany's secret security council has allowed weapons shipments to members of the war coalition in Yemen. European nations have called for Germany to lift their ban on weapons exports to the Middle East. (12.04.2019)

Military spending has surged across the globe, according to a new report published by SIPRI. With new advances in defense technologies, countries are spending more to gain an edge. (29.04.2019)