The Economy Ministry has reported a 23 percent downfall in arms exports approvals in 2018, one of the biggest in years. A moratorium on all arms exports to Saudi Arabia was a major factor in the significant decline. 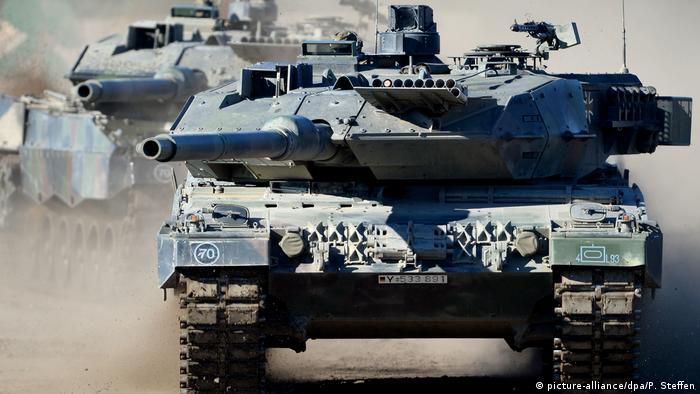 The German government approved nearly 23 percent fewer arms exports in 2018 compared to the previous year. That is according to an Economy Ministry response to an inquiry from Green Party lawmaker Omid Nouripour published in local media on Thursday.

The report cited the government's decision in November to stop all arms exports to Saudi Arabia in response to the assassination of Saudi critic and journalist Jamal Khashoggi. However, the government was already considering a ban due to Saudi's involvement in the brutal war in Yemen.

'No permits' for Saudi Arabia

The arms trade can be a controversial subject in the country, in part due to Germany's World War II history. Exporters must receive approval from Germany's Economy Ministry before completing a deal, with several more government ministers and the chancellor involved in the decision-making process.

"There are currently no permits for arms exports to Saudi Arabia," an Economy Ministry spokesperson said on Wednesday.

The Saudi ban is only valid until March, according to media reports. The government will then decide whether to renew it. However, coalition partners, such as the Social Democrats, have voiced support for extending it.

While approvals were down for 2018, arms exports to Saudi Arabia and Turkey had surged. The deliveries were part of deals that had been closed years before.

However, some have expressed skepticism about previous arms exports figures provided by the government.

Katja Keul, Greens spokeswoman for disarmament policy, told DW last year that political developments may have contributed to the decline, including an interim government "that postponed major decisions," citing projections released in August.

She also highlighted an increase in light weapons sales last year, saying: "Light weapons can spread as uncontrollably as small arms, but are often even more destructive."