The German government cannot decide whether to continue its arms embargo against Saudi Arabia. The ban on exports is due to expire this week, and Paris is pressuring Berlin to lift it. 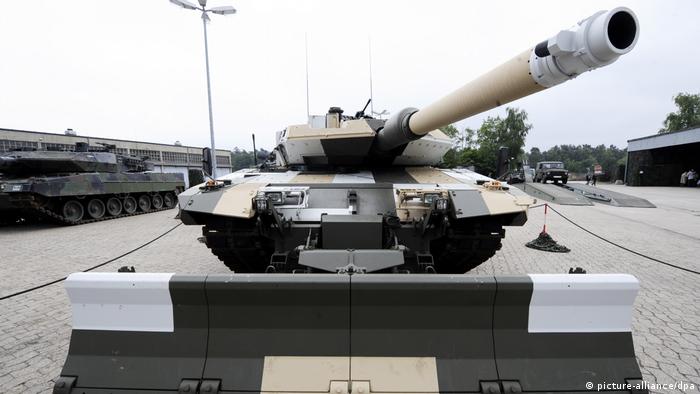 Germany's government coalition is split on whether to maintain the ban on arms sales to Saudi Arabia in the face of increasing pressure from France.

The temporary embargo, imposed in November, is due to expire at the end of this week, but a meeting of the national security council (Chancellor Angela Merkel and her senior ministers) ended inconclusively on Wednesday, according to the dpa news agency.

The government parties, the Christian Democratic Union (CDU) and the Social Democratic Party (SPD), have agreed to discuss the issue further, though it remains unclear when the cabinet will meet again.

The SPD want to extend the ban: foreign policy spokesman Rolf Mützenich told the Bonn-based General Anzeiger that his party was insisting on the policy set out in the coalition contract, "which mean no more weapons exports to Saudi Arabia if they're being used in the war in Yemen."

During Wednesday's regular government press conference, spokesman Steffen Seibert did not confirm dpa's account and did not offer any details on the morning's cabinet meeting, which was attended by French Foreign Minister Jean-Yves Le Drian as part of a new program of closer cooperation between the two countries. 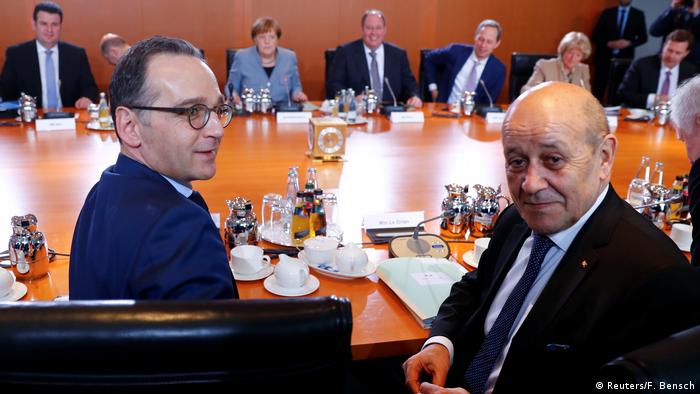 Despite a barrage of questions from reporters, Seibert refused to say when the decision on the embargo would be made, other than to say there were ongoing "intensive discussions" within the government and with Paris, nor when and exactly how the decision would be made public.

Germany stopped arms exports to Saudi Arabia last November in the wake of the murder of Saudi journalist Jamal Khashoggi in the country's consulate in Turkey. At the time, Merkel said that no new exports to the country would be allowed until the circumstances of Khashoggi's death had been established. But more recently, the chancellor indicated that Germany needed to be more flexible.

But the embargo has caused tensions with France, whose government is committed both to joint military projects with Germany as well as its arms deals with Riyadh, which has led to a diplomatic row between the two European allies.

French Ambassador to Germany Anne-Marie Descotes weighed in on the discussion on Monday in an essay published by the German military's Federal Academy for Security Policy, which complained about the "growing politicization" of Germany's debate on arms exports.

Descotes warned that this debate would leave companies preferring "German-free arms products" — in other words, weapons systems that did not include German components. Descotes also admonished Germans for treating the debate as if weapons exports were a domestic policy matter, when in fact "it has serious consequences for our bilateral cooperation in the field of defense, and for the strengthening of European sovereignty."

The ambassador's skirted around the existential dilemma of the European arms industry: that the EU's internal market is not big enough to sustain its massively expensive projects, though selling weapons beyond Europe means arming murderous repressive regimes involved in horrific wars.

In 2008, the European Council adopted a set of common rules defining the criteria for controlling arms exports. These included, "Respect for human rights in the recipient country and of international humanitarian law by that country."

EU members states are obliged to deny an export license if "there is a clear risk that the military technology or equipment to be exported might be used for internal repression" and to assess on a case-by-case basis exports to countries where "serious violations of human rights" have been established by the United Nations, the EU, or the Council of Europe.

Saudi Arabia has continually been denounced for human rights abuses against regime opponents, not least the murder of Khashoggi, but also the punishment of Raif Badawi,who in 2014 was sentenced to 10 years in prison and 1,000 lashes for insulting Islam on his blog. Meanwhile, female activists have reported torture and sexual abuse in Saudi prisons.

Saudi Arabia is also fighting an ongoing war in Yemen that has caused what the UN calls "the worst famine in 100 years," and which has left 13 million people facing starvation.

"The re-start of arms exports to Saudi Arabia would be a fatal foreign policy signal and would contribute to the continued destabilization of the Middle East," Green party spokesman Omid Nouripour told DW. "We need a common European arms export policy that excludes exports into war zones."

Why are EU countries reluctant to intervene in Yemen's war?

Yemen's conflict has raged since 2011. However, the European Union appears to have prioritized Syria's civil war, which started the same year, because of economic considerations and a lack of urgency on refugees. (24.04.2018)