Amnesty International has accused the UAE of providing Western arms to militias accused of committing rights abuses. Several European countries are accused of violating their own laws on arms exports. 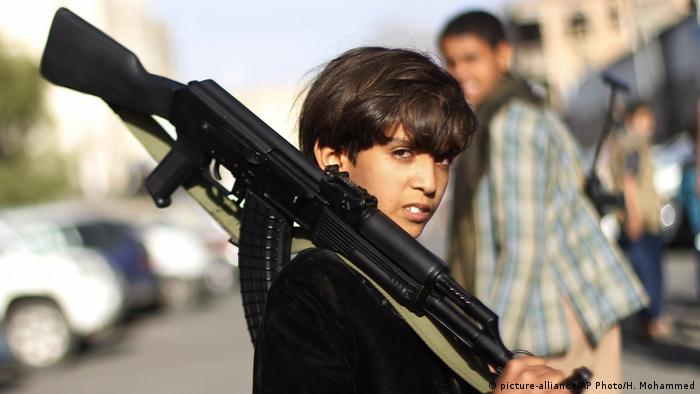 "Emirati forces receive billions of dollars' worth of arms from Western states and others, only to siphon them off to militias in Yemen that answer to no-one and are known to be committing war crimes," Amnesty said in releasing its report on the arms diversions.

"The proliferation of these fighting forces is a recipe for disaster for Yemeni civilians who have already been killed in their thousands, while millions more are on the brink of famine as a direct result of the war," the human rights group said.

Australia, Belgium, Brazil, Bulgaria, Czechia, France, Germany, South Africa, South Korea, Turkey, the UK and the USA are among countries that have recently sold weapons to the UAE, according to Amnesty.

"Many of the states that continue to supply arms to the UAE are party to the global Arms Trade Treaty. Some have other legal obligations as EU members or under domestic laws not to transfer arms being used to commit war crimes,” Amnesty said.

The UAE and Saudi Arabia are heading a military coalition seeking to restore Yemen's internationally recognized government after it was ousted by Houthi rebels in 2014.

Both countries back local militias and have been accused of cooperating with extremist groups including al-Qaida to wage a war that has created the world's worst humanitarian crisis.

The war, which started largely as a domestic political conflict, has morphed into a broader regional power struggle between Sunni Gulf States and Shiite Iran, which is accused of backing the Houthis.

Rights groups have accused all sides of the conflict of committing war crimes.

The human costs of the war have added political pressure on Saudi Arabia and the UAE to enter peace talks with the Houthis to end the conflict.

US arms in the hands of al-Qaida

The accusations leveled by Amnesty follow a report by CNN that US weaponry supplied to Saudi Arabia and the UAE was being used by al-Qaida and other militias in Yemen.

US General Joseph Votel, who heads US Central Command covering the Middle East, told the US Senate that the US would have "to look more closely at the allegations in this particular situation to find out what happened."

The report was the latest to allege that US-supplied arms had fallen into the hands of al-Qaida and other factions fighting in the war.

Pope Francis is on a visit to the United Arab Emirates. Although the country is considered relatively religiously tolerant for the region, Human Rights Watch's Wenzel Michalski says it harshly cracks down on dissent. (05.02.2019)

Pope Francis welcomed in UAE as rights groups up the pressure

The pope has begun his historic visit to the UAE with a lavish welcome at the presidential palace. Rights groups have urged the pontiff to press the Emirati government about human rights violations in Yemen. (04.02.2019)

The sale of arms to parties in the Yemen conflict is against the German government's coalition agreement. But Berlin has now approved a delivery of equipment to Riyadh and the UAE, despite allegations of war crimes. (20.09.2018)