The kingdom's oil production has dropped by 5.7 million barrels a day after Saturday's drone strikes on two processing facilities. As Riyadh and Washington point the finger at Tehran, the price of oil is set to rise. 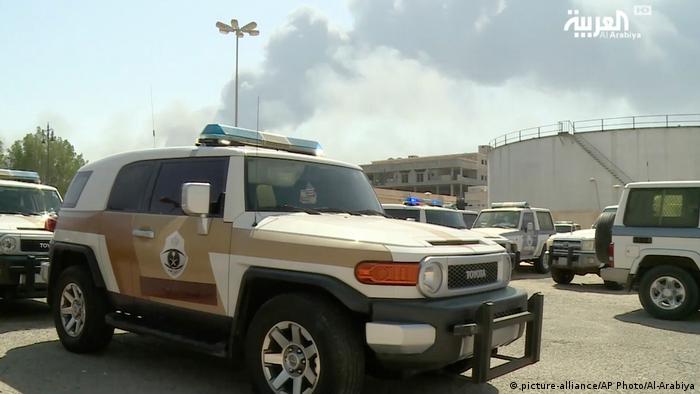 Global oil prices are set to rise sharply after Saturday's attacks on two Saudi Arabian oil refineries cut the country's oil production by more than half, energy analysts have predicted.

"Any attack on Saudi Arabia is sure to shake oil markets because they currently hold the majority of spare crude production capacity," warned Bernadette Johnson, vice president of market intelligence at energy analysts Enverus.

She said if the production cut was prolonged, "we should expect to see a big jump in price until the fields return."

The financial channel CNBC cited several energy analysts as saying that oil prices could immediately spike by $5-$10 when markets reopen on Sunday night (US time), while other commentators predicted $100 (€90) per barrel of oil. On Friday, Brent crude traded at $60.22 a barrel.

Saturday's attacks caused no casualties but forced a suspension of production at the two plants, where extensive damage was reported from huge explosions triggered by the unmanned aircraft.

"Abqaiq is perhaps the most critical facility in the world for oil supply," warned Jason Bordoff, founding director of the Center on Global Energy Policy at New York's Columbia University.

He also predicted a jump in oil prices in response to the attacks and said that if the disruption was prolonged, several countries would likely need to tap their emergency oil reserves. 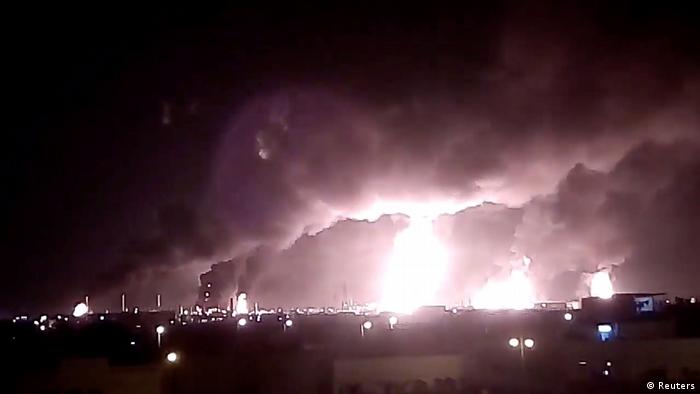 However, the Paris-based International Energy Agency (IEA) played down the impact of the production cut, which equals 5% of global oil supply.

"For now, markets are supplied with ample commercial stocks," the IEA said in a statement on Saturday.

Aramco said it would take 48 hours to give an accurate assessment of when production could be restored.

Riyadh and Washington quickly blamed Iran for the drone strikes, and US Secretary of State Mike Pompeo insisted there was no evidence the attacks were launched from Yemen. 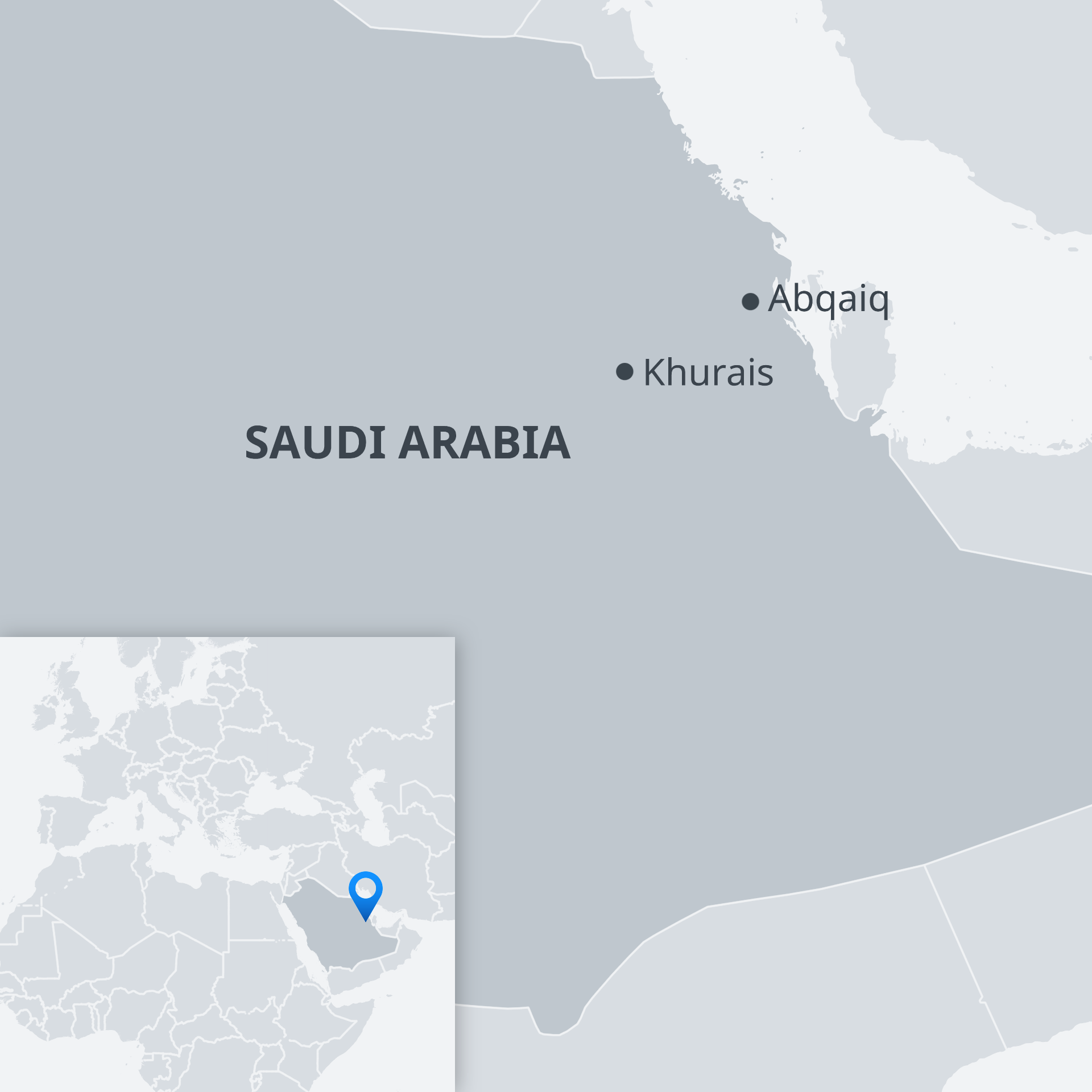 Washington's chief diplomat labeled the incidents as an "unprecedented attack on the world's energy supply."

His condemnation threw doubt on expectations of a meeting between US President Donald Trump and Iranian President Hassan Rouhani at the upcoming United Nations assembly, which was hoped to calm spiraling tensions between the archfoes in recent months.

Saudi Arabia's Crown Prince Mohammad emphasized the country's "willingness and strength to thwart such a terrorist aggression and deal with its consequences," according to a statement carried by state news agencies.

Yemen's Houthi rebels have carried out a spate of cross-border missile and drone attacks targeting Saudi air bases and other facilities in what they say is retaliation for a long-running Riyadh-led bombing campaign on rebel-held areas in Yemen.

Why Trump shouldn't run the North Korea playbook on Iran

North Korea's ongoing weapons program has shown why an imperfect nuclear deal is better than no deal at all. By applying "maximum pressure," the US has isolated Tehran and failed to stop Pyongyang. (13.09.2019)

Britain, France, Germany and the EU have issued a joint statement warning Iran to stick to its commitments under the 2015 deal on its nuclear program. Tehran's recent actions and activities were "deeply concerning." (13.09.2019)

Iran oil tanker sought by US seen off Syrian coast

Gibraltar released the Adrian Darya 1 tanker in mid-August after Iran promised it would not discharge its 2.1 million barrels of oil in Syria. The vessel was detained for weeks on suspicion of violating EU sanctions. (07.09.2019)