Yemen is in the midst of a humanitarian catastrophe, yet after three years of intense fighting, it has been dubbed "the forgotten war." DW looks at the key points in understanding the crisis. 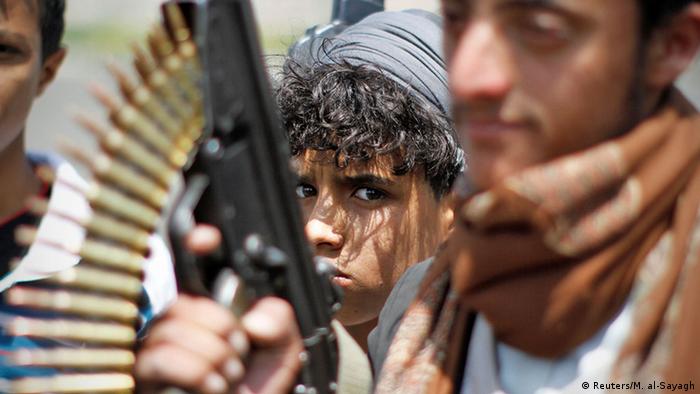 Yemen's recent history is one of division and bloodshed. Until the early 1960s, the country was ruled by a monarchy in the north and the British in the south. Coups in both regions plunged the country into decades of violence, ending with reunification in 1990.

The Middle Eastern nation has long been one of the region's poorest. In 2015, it was ranked 168 out of 188 countries on the Human Development Index, which measures life expectancy, education and standard of living.

Prior to the war, Yemen's population of more than 20 million was projected to double by 2035. Amid high unemployment and dissatisfaction with the ruling Saleh family, the country was ready for change when the Arab Spring swept across North Africa and the Middle East in 2011.

Read - Yemen: Between conflict and collapse 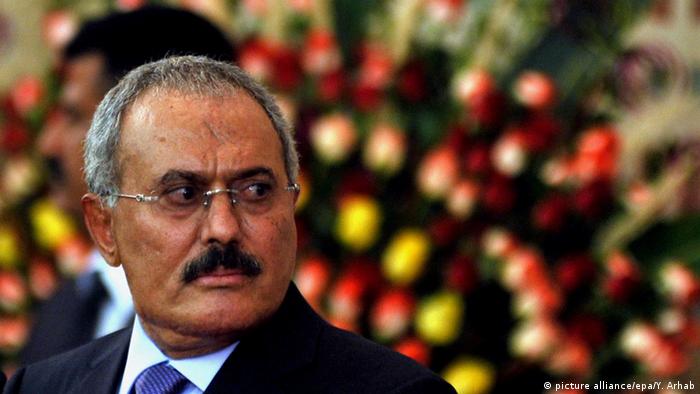 When did the war begin?

Yemen's war unfolded over several years, beginning with the Arab Spring in 2011. Pro-democracy protesters took to the streets in a bid to force President Ali Abed Allah Saleh to end his 33-year rule. He responded with economic concessions, but refused to resign.

By March, tensions on the streets of the capital city, Sanaa, saw protesters dying at the hands of the military. One of Yemen's most prominent commanders backed the opposition, paving the way for deadly clashes between government troops and tribal militias.

Read - Yemen conflict all but ignored by West

Thanks to an internationally-brokered deal, Yemen finally saw a transfer of power in November to Vice President Abed Rabbo Mansour Hadi, paving the way for elections in February - in which he was the only candidate. Hadi's attempts at constitutional and budget reforms sparked outcry by Houthi rebels from the north. 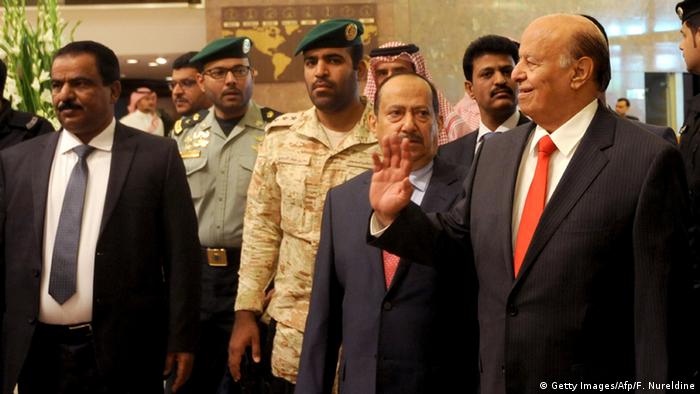 A rebel court in Sanaa sentenced President Hadi (pictured right) to death for high treason in absentia this year. He was found guilty of "instigating attacks by Saudi Arabia" in addition to "usurping the title of president" in 2014

By September 2014, Houthi insurgents had taken the capital city, forcing Hadi to relocate his government to the southern port city of Aden.

Who is fighting whom?

The Houthis hail from Yemen's north and belong to a small branch of Shiite Muslims known as Zaydis. Until summer 2015, the insurgents had infiltrated much of the country's south. They currently maintain control over key central provinces in the north. Hadi's government has accused Iran of smuggling them military arms, an accusation which Tehran has denied. 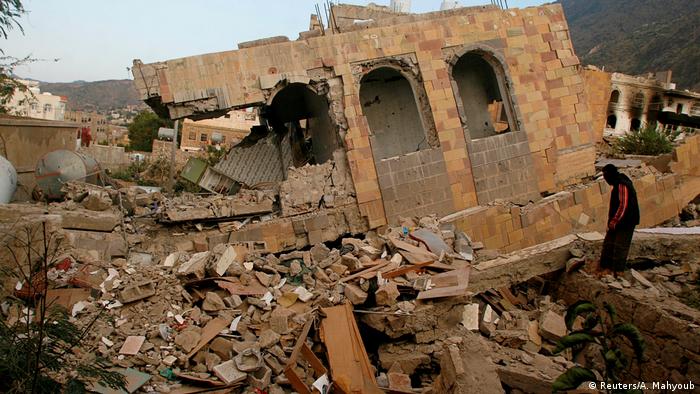 Homes, hospitals and schools have been destroyed in the fighting. Human rights watchdog Amnesty International says evidence points to war crimes on both sides of the conflict

President Hadi's government is headquartered in Aden and is the internationally-recognized government of Yemen. In 2015, Saudi Arabia launched an international coalition in a bid to reinstate Hadi.

Who is involved in the Saudi Arabia-led coalition?

Along with Saudi Arabia, the United Arab Emirates has conducted airstrikes on Yemeni soil. Kuwait, Bahrain, Qatar, Morocco, Sudan, Jordan and Egypt have also contributed to the operations.

The United States and the United Kingdom have both provided logistical support and intelligence to the Saudi-led coalition.

What are the main concerns in the humanitarian crisis?

In Yemen's "forgotten war," the civilian population has lost the most. According to the United Nations, the death toll surpassed 10,000 at the beginning of 2017, with at least 40,000 wounded.

Coalition airstrikes and a naval blockade imposed by coalition forces in 2015 have pushed Yemen - where over 80 percent of food is imported - to the brink of famine.

Yemen has also been hit by a cholera outbreak deemed the worst in the world by the UN. It estimates that roughly 600,000 people have contracted the disease since last year and more than 2,000 people have died from it.

The EU this year called it the "worst humanitarian crisis in the world." 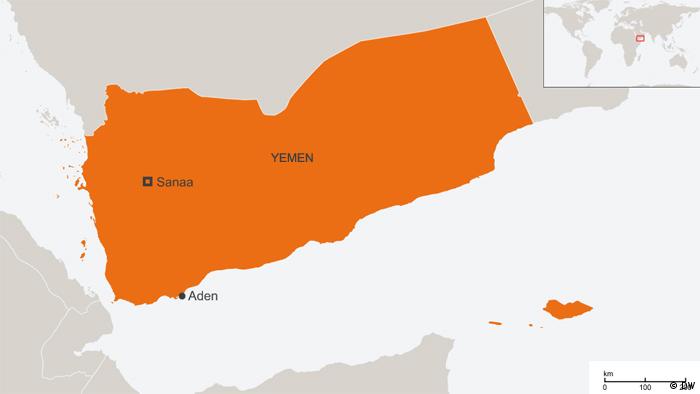 China's economy slowed at end of 2021 amid COVID outbreaks