Facebook and Google Earth help probe eco-crimes in the Middle East | Middle East | News and analysis of events in the Arab world | DW | 10.01.2021 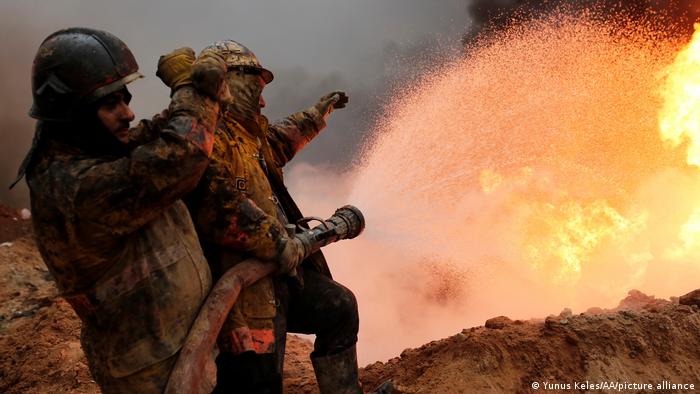 The impact of conflict and corruption on the environment in the Middle East is often easy to see but difficult to remedy. The long list of crimes against nature in the region includes things like makeshift oil refineries polluting the air in northern Syria, the devastation of agriculture and poaching of rare wildlife in Yemen and local companies pumping waste straight into Iraq's waterways.

Often it is unclear how to record these environmental crimes, let alone punish those responsible. But recently, what is known as open-source intelligence — that is, information available freely everywhere, from social media platforms like Facebook and Instagram to publicly accessible satellite imagery and mapping by Google Earth — has been used to find a solution.

The methods for gathering information on environmental crimes have evolved out of research done on the impact of conflict on the environment, explains researcher Wim Zwijnenburg, who works for Dutch human rights organization Pax. These studies help guide reconstruction and humanitarian efforts after war.

"I think this kind of research was born out of necessity," says Zwijnenburg, who has been working in this area since 2014. "One of the issues we ran into was getting reliable data to help us assess what kind of long-term or acute environmental damage could arise from hostilities. Social media and freely available satellite imagery helped us build a clearer picture."

Zwijnenburg has published several reports compiled using open-source data on the website run by Bellingcat, the headline-making collective perhaps best known for using open-source information to investigate events such as the shooting down of Malaysian Airlines Flight 17 over Ukraine and chemical weapons attacks in Syria.

Zwijnenburg's reports have looked into issues such as pollution in southern Iraq's Shatt al-Arab waterway, Iranian oil spills, Yemeni date farms and the air and ground pollution caused by provisional oil refineries in northern Syria, among other things.

It's true that some of the information is already well-known, particularly inside the country, Zwijnenburg concedes. But in many cases there hasn't been any systematic documentation before because officials don't have the will or the capacity to compile it, he says.

It's also often about looking at long-term trends, adds Doug Weir, research and policy director at the Conflict and Environment Observatory, or CEOBS, based in Yorkshire, Britain. Using a range of satellite data from organizations like Planet Labs and Google Earth, "you can get insights into something that may be quite slow-moving but which has major implications — like the losses in agriculture in Yemen. When we want to drill down to a smaller area, local social media also helps determine conditions on the ground." If possible, research is always backed up by eyewitnesses. 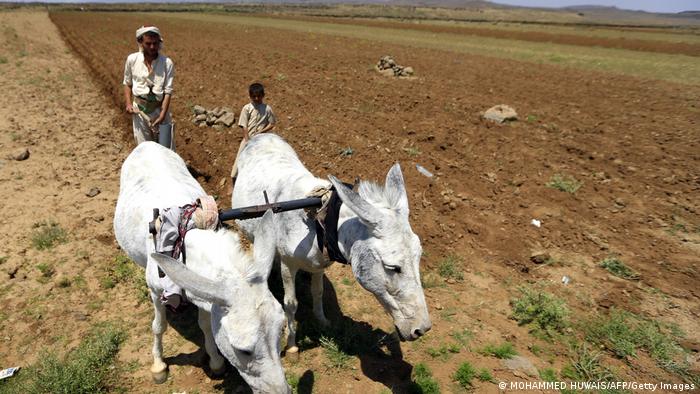 Agriculture in Yemen has been severely impacted by the ongoing conflict there.

These methods could also be used for environmental crimes that are not related to conflict, Zwijnenburg said. "There's a wealth of data out there that can help us better understand what environmental damage is being done by a range of human activities," he told DW.

For example, in Yemen, a local environmental group, Holm Akhdar — which translates to Green Dream — has documented the poaching of rare, native animals by publishing pictures the hunters posted of themselves posing with dead leopards on Facebook.

Another example: Satellite data has also been used to investigate fisheries or forestry crime, explains Netherlands-based lawyer Pauline Verheij, a wildlife and forest crime specialist with her own practice, EcoJust. Restricted parts of the ocean or forest are clearly marked, and satellite data helps show incursions by fishing boats, or illegal deforestation.

Verheij herself used social media when compiling a case against Vietnamese wildlife poachers for the Wildlife Justice Commission, an investigative organization she helped found. "People were openly advertising illegal wildlife products on Facebook and WeChat," she says. 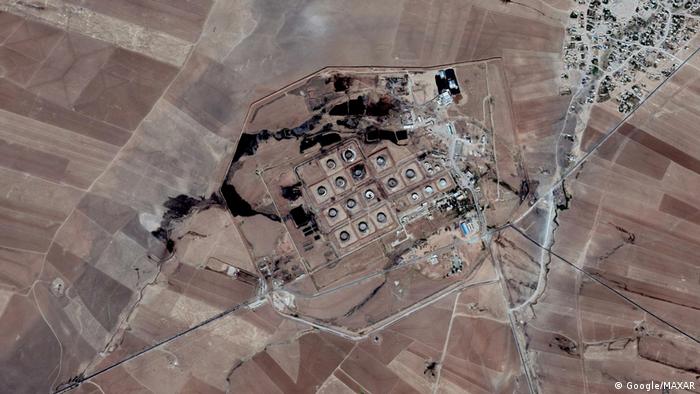 Bringing it to justice

But can any of this evidence be used in a court of law? "The short response is yes," Verheij says. "But it really depends on the jurisdiction. An NGO or a citizen might find evidence of these crimes, but then you need to find a local prosecutor or law enforcement agency interested in working on environmental crimes to corroborate that through a criminal investigation."

And that, Verheij continues, is the frustrating part. "A lot of these crimes are committed in countries where there is weak governance, a lack of interest or corruption. In some places, government officials are making a lot of money facilitating these crimes." 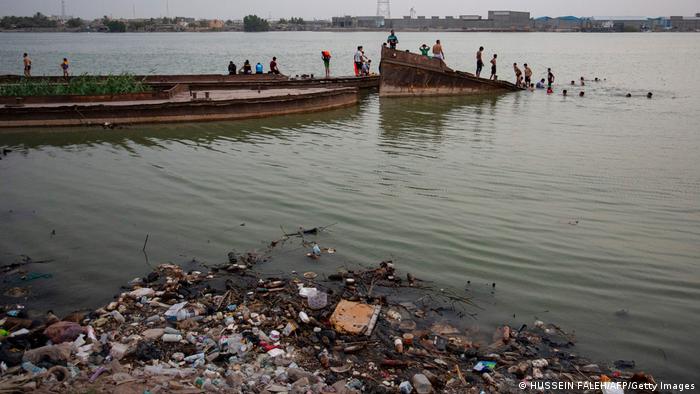 Pollution in the Shatt al-Arab waterway in Basra, southern Iraq, includes shipwrecks that were never removed

The local context also plays a role. "In Iraq, the oil industry is a major source of income, so it's difficult to be critical of it," Zwijnenburg adds.

In 2016, the prosecutor at the International Criminal Court in The Hague in the Netherlands said the court was interested in prosecuting war crimes that had an environmental aspect, CEOBS' Weir says.  But what the court could look at in terms of environmental war crimes has a very strict definition, he says.

What is more, environmental crimes are often not a priority. For example, in Iraq, members of the extremist "Islamic State" group set local oil wells on fire, which caused major environmental damage. Some were tried in Iraqi courts but, as Weir says, they weren't charged with eco-crimes. 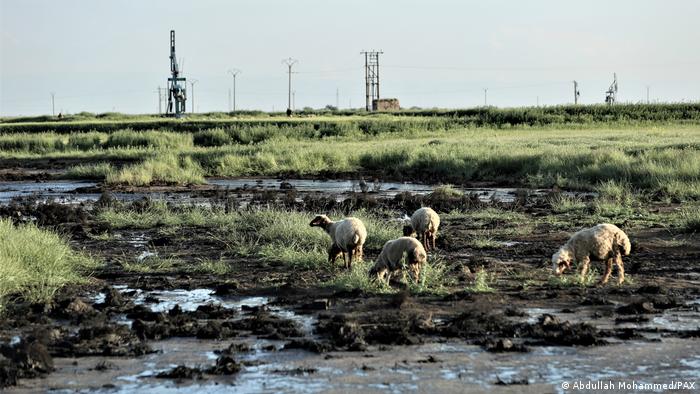 "I'm not sure if turning to the law always works," Verheij concludes. "But this sort of work can certainly help raise awareness, about the demand side as well — as in, who is buying these things or benefiting from these crimes."

Zwijnenburg believes that even if the open-source investigations don't always lead to actual prosecutions in their countries of  origin, they are still useful: "There's a rise in engagement from younger activists in places like Iraq, and these tools can be used to put pressure on the local government too."