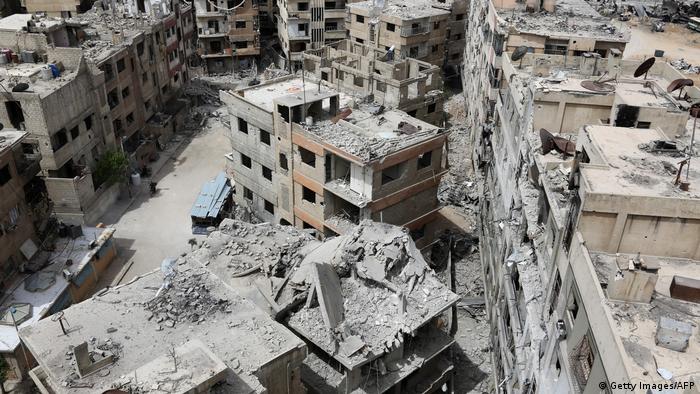 The Organisation for the Prohibition of Chemical Weapons (OPCW) reported that the toxic chemical used in Douma, was likely molecular chlorine.

Despite being given the power to assign blame by its member states last June, the OPCW investigation did not do so for the Douma attack, as it was not part of the mandate for the team investigating the April attack.

The OPCW is the intergovernmental organization responsible for implementing the Chemical Weapons Convention.

The last rebel-held suburb of Damascus was being beseiged by Syrian forces in April 2018. Dozens of civilians were killed in the attack. 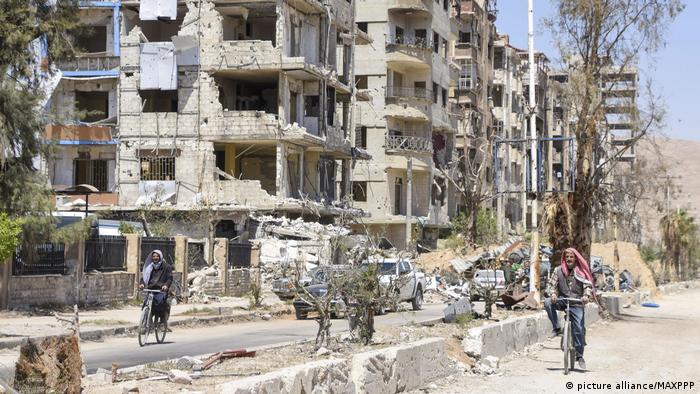 Buildings in the town near Damascus were ruined

Washington accused the Damascus regime of using chemical weapons and the US alliance, including Britain and France, launched airstrikes in response a week later.

The team visited two sites in Douma and took samples which were analysed in OPCW-affiliated national laboratories.

The Syrian regime has been accused by Western powers of using chemical weapons on dozens of occasions, including in Khan Sheikhoun, Ltamenah and Saraqeb. 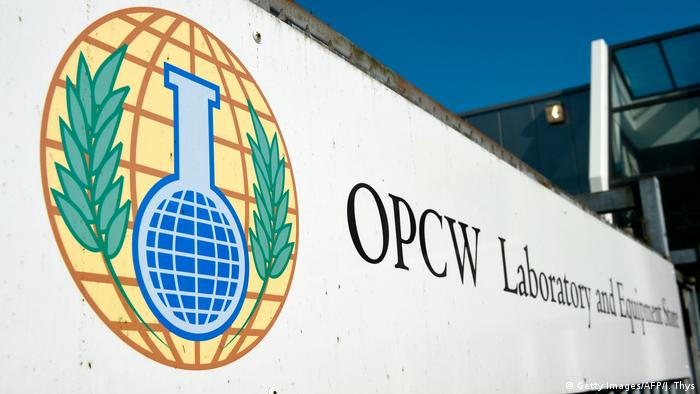 The OPCW headquarters in The Hague

Who was to blame?

A joint UN-OPCW team was appointed to assign blame for chemical attacks in Syria. It found that Syrian government troops had used the nerve agent sarin and chorine barrel bombs on several occasions, while Islamic State militants were found to have used sulphur mustard.

The OPCW said on its website Friday that its "Technical Secretariat is putting in place arrangements to identify the perpetrators of the use of chemical weapons in the Syrian Arab Republic."

It is also looking into an alleged gas attack last November in Aleppo that reportedly made up to 100 people ill. Syria and its Russian allies blamed that attack on insurgents.